Buñuelos Offer a Taste of Mexico’s Culinary Past

The deep-fried pastry is a holiday favorite, but can be enjoyed year-round.
By Carlos Ramírez and Vanessa Sam January 16, 2021
Facebook
Twitter
Linkedin
Email 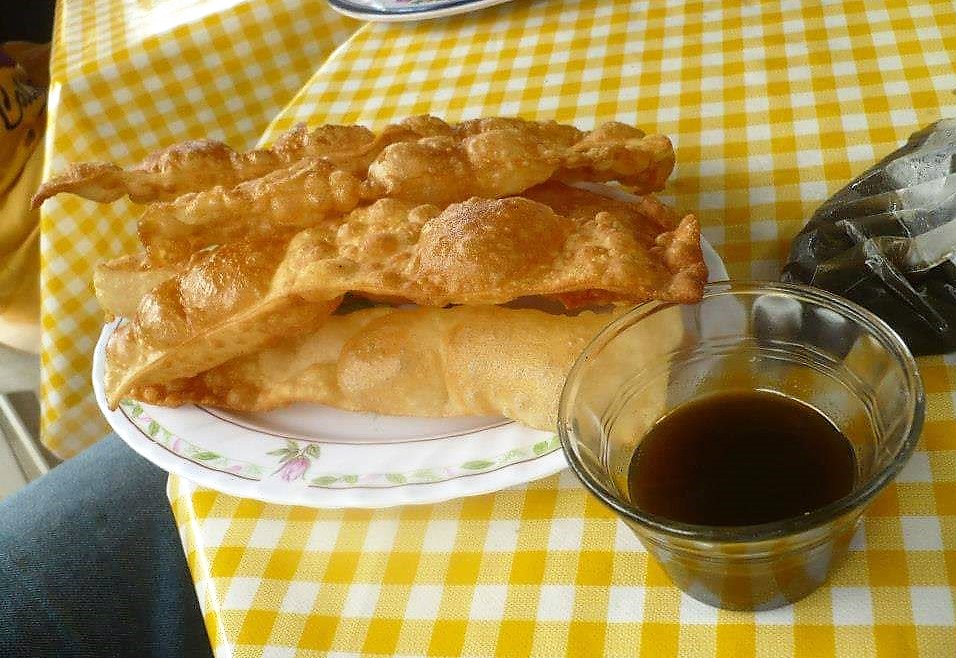 Mexicans love buñuelos, fritters that people bathe in a syrup of piloncillo (caramelly-rich brown sugar), cinnamon and sometimes cloves. Mexicans enjoy them with a warm cup of fruit punch.

While it is popular at Christmas, the dessert can be savored year-round.

Part of the appeal is buñuelos’ long tradition.

Historians believe them to have Mozarab heritage, which means that they may have been created in the Iberian Peninsula when living under Moorish rule. Those first buñuelos were deep-fried balls of bread stuffed with ricotta or other cheese. This type received the name of wind buñuelo because the dough gets fluffy when fried.

Wind buñuelos came to Mexico during the colonial period, along with many other elements of Mozarab culture, including coffered wood ceilings and alembics, a distilling tool. Soon, these desserts won over the diners in the New World, and in the 17th century, the nun and poet Sor Juana Inés de la Cruz wrote three recipes in her cookbook for “puñuelos” (fists,) a name she gave the fritters because cooks used their knuckles to knead the dough.

Wind buñuelos are traditional to many states in Mexico, and cooks adapt the recipes to whatever they have in hand. In Veracruz, for instance, cooks fill them with crab, pineapple, or rice.

However, the buñuelo tradition does not stop with the wind variety.

There are also knee buñuelos, which are thin and extended deep-fried pastries. They received this name because cooks used to extend the dough using their knees. Vendors sell knee buñuelos at stalls in Mexico’s main cities during the Christmas season.

“I sell hojuelas throughout the year, but more in December. Hojuelas are always a timely dessert in Veracruz; people eat them in any season. Customers like to bathe the hojuelas with cane syrup. Each bag has three large deep-fried pieces. Their price to the public is 25 pesos ($1.25),” said José Alberto Rodríguez Salas, a seller of buñuelos in Veracruz.

To keep the ancestral flavor of buñuelos untouched, cooks use flour, eggs, salty water, baking powder and oil. The bakers knead the flour as if they were making bread, but they make balls instead and roll out the dough with a rolling pin. Then they let the buñuelos sit for a few minutes before they deep-fry them.

In some places, cooks prepare a syrup with sugar water or piloncillo and add cinnamon. They spread the syrup on the buñuelos and frost them with red sugar.

“In Veracruz, it is very common to roll out the dough so that it gets as thin as possible and inflates while frying it. To my knowledge, no one here coats the buñuelos. They do not have the shape of empanadas, neither they are stuffed. Their shapes depend on the person who makes them,” said Rodríguez Salas.

Buñuelos are considered a delicacy in other Latin American countries, as well. They are part of Colombia’s Christmas menu, where people make them with fresh cheese, eggs, cornflour, starch, and sugar. Buñuelo stalls are widespread in Ecuador.