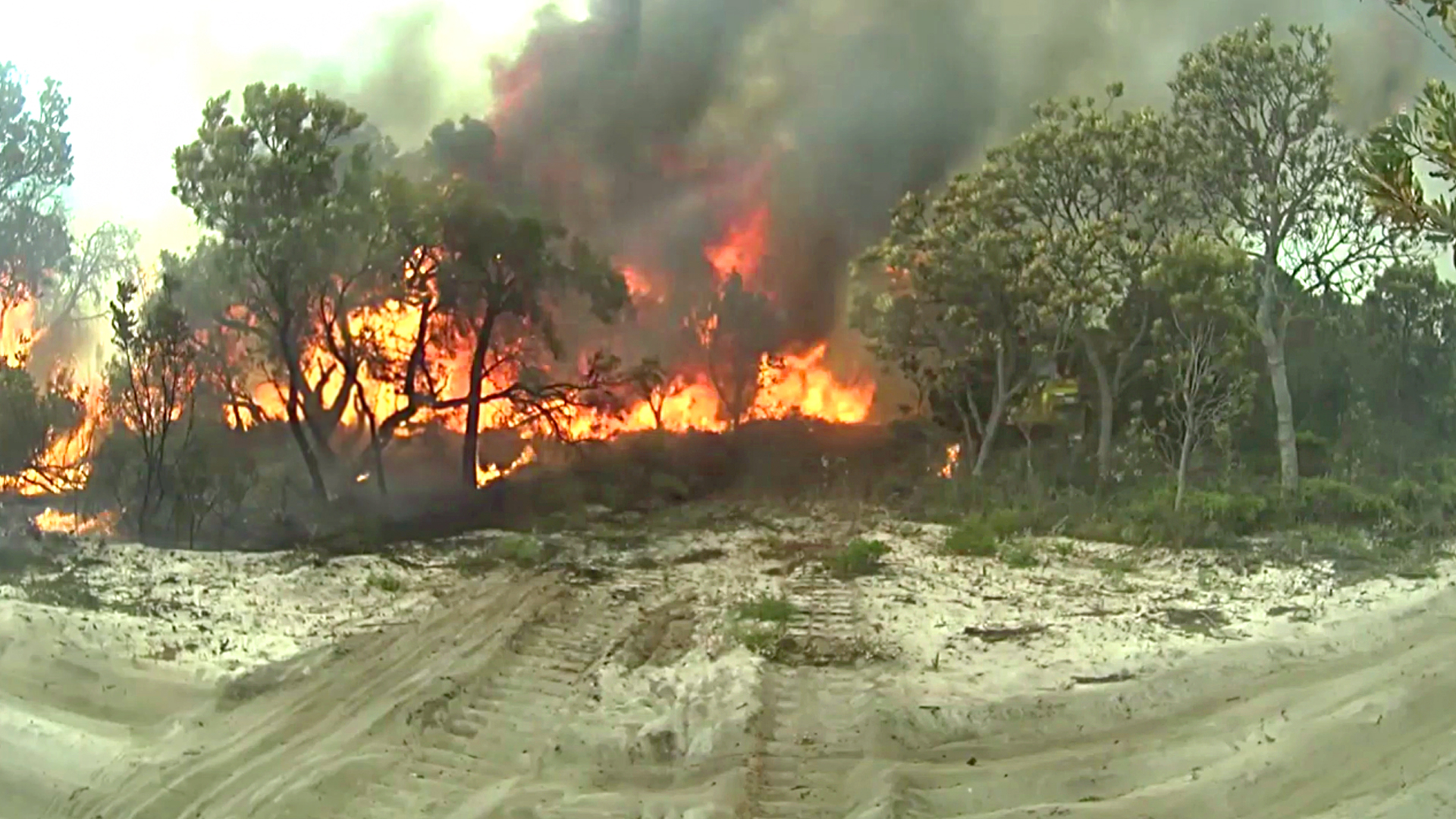 The Parks and Wildlife Service shared pictures of smoke engulfing the nearby areas.(WAParksWildlife/Clipzilla)

Perth, Australia — Firefighters had to battle challenging weather conditions last week to bring down the major bushfire under control in the Yeal Nature Reserve in Western Australia.

It took several days to finally control the blaze. However, a bushfire advice is still in place for people in the vicinity of Indian Ocean Drive, Yanchep Pine Plantation, Yeal Nature Reserve and the surrounding areas of Muckenburra, Coonabidgee, Bambun and Yeal in Shire of Gingin. The Department of Fire and Emergency Services of Western Australia is constantly updating the bushfire alert.

The Parks and Wildlife Service, Western Australia, had shared a video of the raging fire on their Facebook page, on January 8.

The post says, “The on-ground efforts of firefighters through direct attack and machine work has been crucial in helping to contain the bushfire and these crews have also been well supported by aerial suppression resources.”

“A huge shout out and thanks to all the fire crews and support staff for their ongoing hard work on this bushfire,” the post reads.

The fire had started near the intersection of Wapet Road and Cockatoo Road and further spread to Indian Ocean Drive, Yanchep Pine Plantation and Yeal Nature Reserve in the Western Australia and had burnt around 2800 hectares of land.

Fire and Emergency Services Commissioner Darren Klemm appealed to the citizens to keep their bushfire plan ready and act accordingly.

“The extreme heat and forecast wind changes were a catastrophic combination that could result in small fires quickly getting out of control,” Klemm said in a media release.

Klemm is the recipient of Australian Fire Service Medal (AFSM), which is awarded to the members of the country’s fire service for their exemplary work.

He said the weather conditions were some of the most challenging firefighting conditions he had seen in many years.

“We face the risk of new fires igniting and existing fires escalating, which would put extreme pressure on emergency services,” he said.

In its latest post on January 12, the Parks and Wildlife Service shared pictures of smoke engulfing the nearby areas.

“It burned through around 2,800 hectares, but thanks to the on-ground efforts of firefighters through direct attack and machine work combined with aerial resource support, the fire is currently contained and controlled,” the post reads.

According to the  Department of Fire and Emergency Services, bushfire risk is highest during the hottest times of the year. Bushfire can trigger on hot, dry and windy days and can go out of control.

The bushfire season of 2019-2020 in Australia was one of the worst in the world. It started in early November 2019 in New South Wales, and gradually progressed in Victoria, Western Australia, South Australia, and the Australian Capital Territory.

Since October 2019, 34 people had lost their lives in Australian bushfires, with New South Wales being worst affected with 25 casualties.