The True Cradle of Chocolate

Ecuadorian and Peruvian beans are among the best in the world, experts say.
By Vanessa Sam and Christian Valera Rebolledo January 15, 2021
Facebook
Twitter
Linkedin
Email 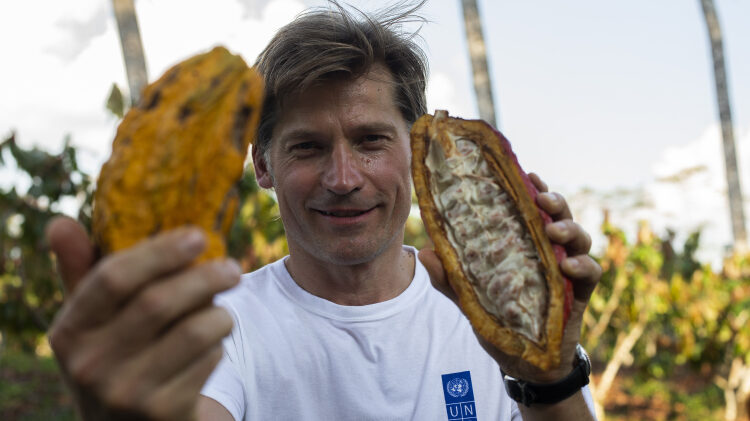 Cacao is a native species of the Americas.

Latin America is responsible for 16 percent of the cacao beans produced in the world. Ecuador plants almost half of them, according to the International Cocoa Organization.

There is a dispute regarding its origin. Mayans, Toltecs, and Aztecs in Mexico and Central America domesticated it 3,600 years ago, but scientists have determined that cacao already grew in the Upper Amazon 5,000 years ago.

In pre-Hispanic times, Ancient Mexicans used cocoa beans as currency. They also prepared a drink that could be the ancestor of hot chocolate. When the beverage arrived in the Old World in colonial times, Europeans mixed in vanilla and sugar, and later on, milk, creating the drink that conquered the world.

Meanwhile, in Europe a Royal Decree limited the New World’s areas considered as suitable for cocoa exploitation. The Spanish Crown allowed Mexico and Venezuela to harvest it, but not Ecuador. Nevertheless, the residents of the Guayaquil area planted some trees and distributed their cocoa illegally. Whenever someone asked for the beans’ origin, they would say, “they come from upstream” (de arriba.) Today, the variety of cacao grown in the region since colonial times receives the name of Arriba or Nacional cocoa.

Besides the Arriba cocoa, Ecuadorian and Peruvian producers today grow the CCN-51 variety, which is resistant to disease and is highly productive.

“We are within the region where cacao grew first,” said José Iturríos, a worker in a Peruvian cocoa processing plant. “So, we have the greatest biodiversity of cacao trees in the world. Sixty percent of the world’s genetic cacao families grow in Peru.”

“The Peruvian Amazon — with its exuberant biodiversity — continues to amaze the chocolate world,” said Iturríos. “One of the best cocoas grown in this country comes from alternative cultivation areas, including San Martín and Huánuco. Peru has become one of the main exporters of cocoa in the world, mainly of fine and aromatic varieties.”

Producers’ organizations, agents, intermediaries, and exporters are in charge of bringing Amazonian cocoa delights to the world. Cooperatives might connect with commercial chains to sell the beans abroad as well. Also, South American producers process cocoa to make chocolate, cocoa beans, paste, powder, cake, butter, and even shells, and sell them within the region.

Exclusive chocolate factories in Belgium, Switzerland, and France have granted Peruvian chocolate international awards as well. Peru’s Ministry of Agriculture declared October 1 the Day of Cocoa and Chocolate in 2012.