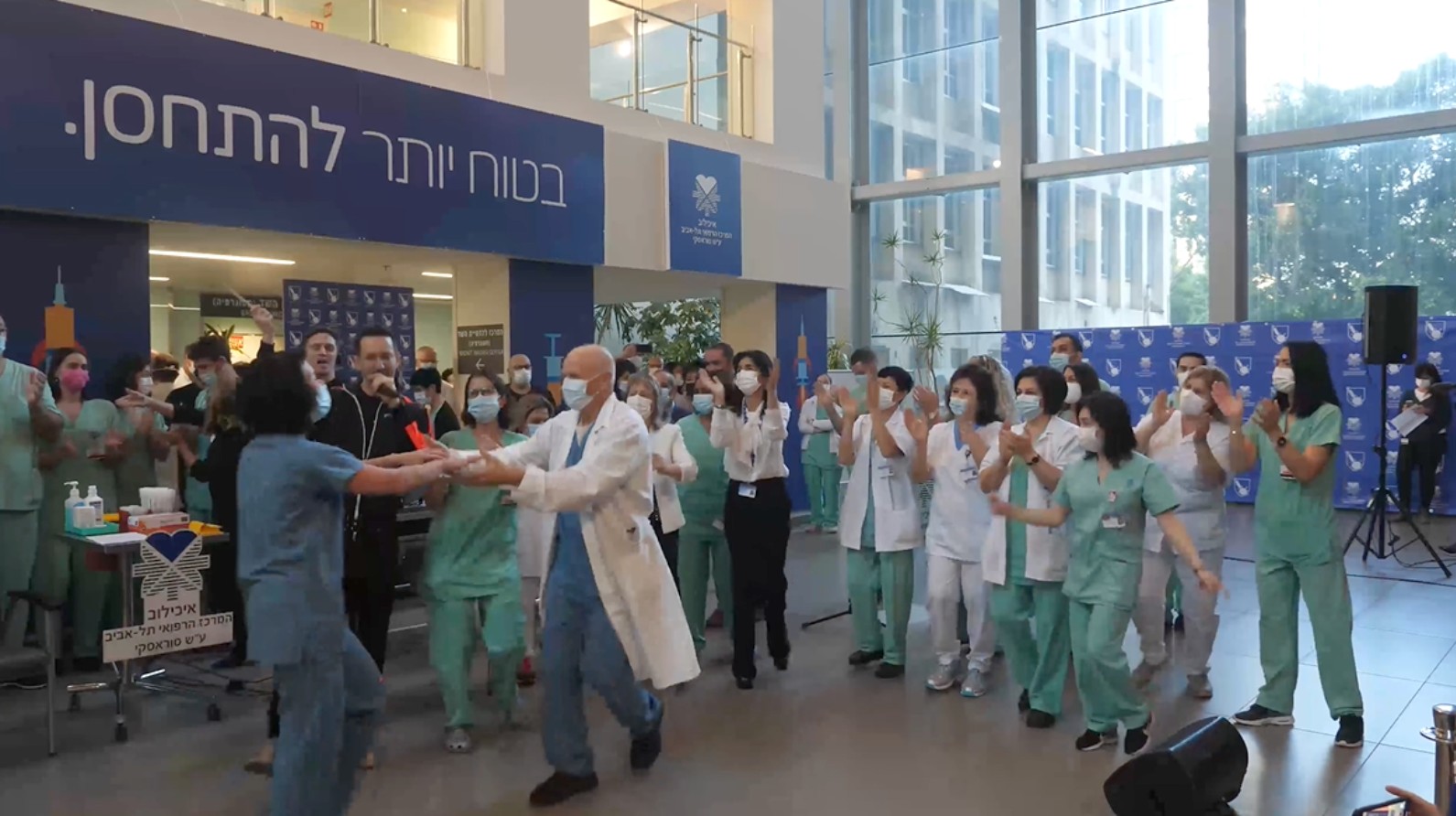 Dubbed “Operation Give a Shoulder” – a Hebrew phrase meaning “to support” – the inoculation project began with shots being given to a few leadership figures, senior citizens and healthcare workers.

Tel Aviv’s Sourasky Medical Center celebrated the arrival of the vaccine with a party led by singer Ivri Lider, who serenaded the medical workers as they gathered to get down on the dance floor and get their shots.

The first batch of vaccinations included a few hundred thousand doses. That number is set to increase to around 4 million by Dec. 31. The vaccination is administered in two stages; the second shot is administered three weeks after the first.

Already 250,000 people have received the shots, pushing Israel into second place for corona vaccines per capita around the world. The government’s goal is to inoculate around 150,000 people a day — or 2 million people by the end of January.

After healthcare workers and people over the age of 60, Israel will offer the COVID-19 vaccination to people with various diseases, such as diabetes, as well as to social workers and teachers. All those eligible can get the shots at vaccination centers set up by their HMOs.

As of Dec. 27, a third nationwide lockdown was instituted to battle the spread of the virus. The lockdown will last at least two weeks. Unlike previous lockdowns, children in preschool and first to fourth grades, as well as 11th and 12th grades, will continue going to school.

Doctors get jiggy with it as they line up for Covid shots appeared first on ISRAEL21c.