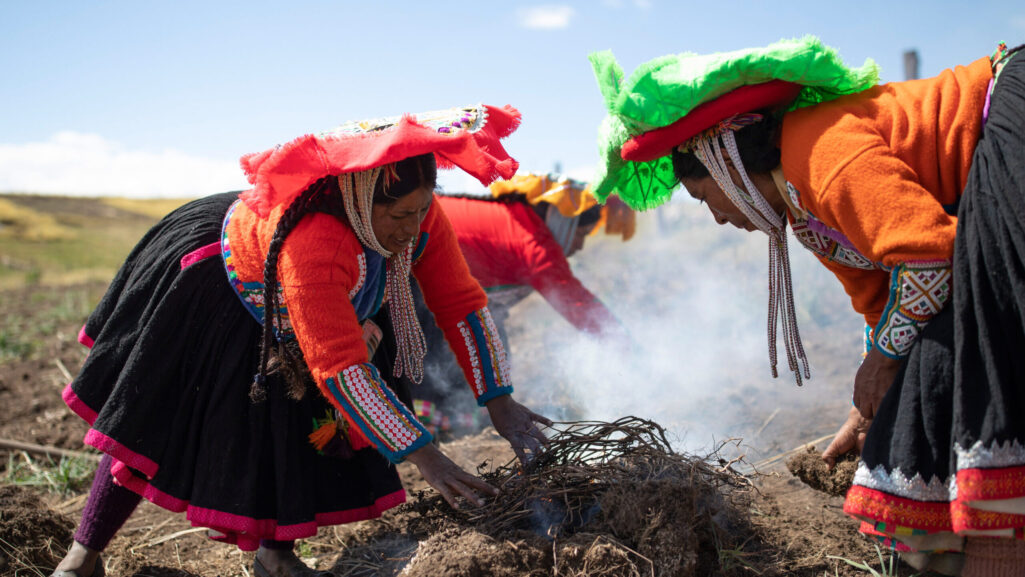 Peruvians are proud of their potatoes — their main staple and the third-most important crop in the world. First cultivated around 8000 BC, they are endemic to the highlands of Peru and the Southern Andes.

Potatoes (Solanum tuberosum) are herbaceous plants that propagate vegetatively, which means that new plants can grow from a potato. Each one can produce from 5 to 20 new tubers identical to the mother seed plant. They are one of the crops that produces more food per unit of water, making them 7 times more efficient than cereals.

The Peruvian regions surrounding Puno, Ayacucho, Cusco, Junín, and Cajamarca have the country’s most abundant potato production. Peru’s varieties are the most consumed in the world, followed by Bolivia’s and Colombia’s.

“In the Andes, farmers grow potato varieties that are exclusive to this region,” said Javier Huamán Mamani, a Peruvian chef. “Now, the best restaurants in the world are demanding them. The fact that chefs from all over the world — and not only from Peru — request Andean potatoes has a huge impact on the farmers’ lives.”

There are about 3,000 varieties of potatoes in Peru, making up three categories — native, white, and yellow. They all have different attributes. The so-called native potatoes are good for stews or pies. The varieties called canchán, rosada [pink], guinda gaspar, colorada, [red], negra [black], sirina, and perricholi are perfect for this use. Peruvians fry the peruanitas [little Peruvian], humatanga, leonas [lion], or sangre de toro [bull blood] because they are firm.

Potatoes have been part of the diet of Native Peruvians since pre-Hispanic times, and they are at the heart of Peruvian gastronomy, either as entrées or side dishes.

Some famous Peruvian dishes with potatoes are papa a la huancaína, consisting of potatoes bathed with a cheese-and-ají-pepper sauce and stuffed potatoes, mashed potato croquettes filled with meat, cheese, eggs, and vegetables. Peruvians also enjoy potato cakes — potato-and-cheese bakes — and the causa limeña, a pie made of mashed potatoes, boiled eggs, and black olives. Other options are the carapulcra, a stew made with parboiled dried potatoes with meat and spices, or the cau cau, which combines tripe and potatoes. Chanfainita (a stew of beef or lamb lungs with potatoes) and ajiaco (a broth stew made with potatoes and ají pepper) are popular dishes, too.

Potatoes are a source of vitamins C and B6, as well as magnesium, potassium, iron, and zinc. Their nutrients help prevent degenerative diseases and cancer, wash away the body’s toxins, protect it from heart attacks, and strengthen the skin. Their peel provides fiber, which helps the digestive system.

Peru celebrates National Potato Day on May 30. Supreme Resolution 9 made it an official holiday in 2005. The holiday promotes the tubers’ consumption and honors them as part of Andean cultural heritage.

“Even private companies and the UN have expressed interest in our country’s potato production,” said Huamán Mamani.

Sharing their underground treasure with the world is a source of pride for Peruvians.

«Previous Post
Mexican Cocoa Drinks: Sweet Dreams for Chocoholics»Next Post
In Mississippi, New Round Of Federal Covid Aid Reopens Restaurants — But Not Everyone Gets A Check