The aftermath of the Capitol riot is generating finger-pointing over who did and didn't want the Guard deployed.
By Hadassah Patterson January 15, 2021
Facebook
Twitter
Linkedin
Email 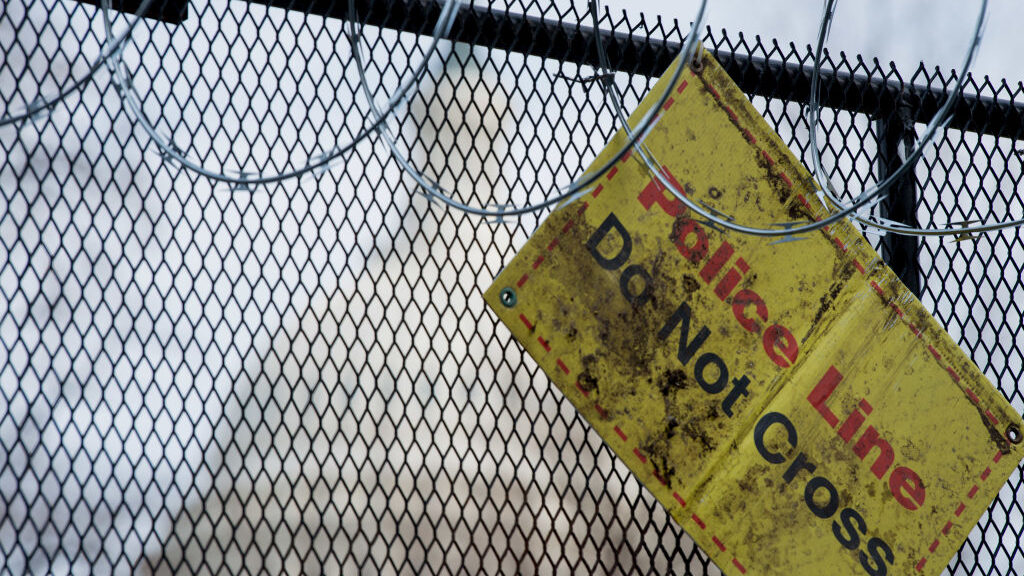 A Police sign hangs from the new fencing with razor wire after last week's Riot at US Capitol and ahead of the inauguration on January 15, 2021 in Washington, DC. The FBI has warned of additional threats against the US Capitol and in all 50 states. (Liz Lynch/Getty Images)

Washington is braced for more unrest. A wide perimeter of streets around the White House are locked down in Washington, D.C., as up to 25,000 National Guard troops are in the process of deployment for President-Elect Joseph R Biden Jr.’s Jan. 20 inauguration.

The armed troops are responsible for security around the Capitol building.

About 16 groups, mostly Trump supporters and some claiming to be armed, have registered to protest in Washington. Police departments are on alert for more violence during the inauguration.

The insurrection starkly exposed a lapse in national security at the Capitol as pro-Trump factions and President Donald J. Trump’s repeated inflammatory accusations of election fraud.

Michael Sherwin, the acting U.S. attorney for the District of Columbia said Tuesday the number of arrests will rise into the hundreds. Prosecutors are considering charging some rioters with sedition and conspiracy. More than 70 have been charged to date.

During the insurrection, rioters shouted “Revolution” and “Treason” as they breached the building. They also threatened the lives of Vice President Mike Pence and Speaker of the House Nancy Pelosi. Since the violence, there have been contradictory explanations for the inadequate security measures.

District of Columbia Mayor Muriel Bowser initially made a limited backup request on Dec. 31 to the D.C. National Guard for about 340 Guardsmen to assist the Metropolitan Police Department, mainly for traffic and crowd control Jan 5–7. It was approved by Department of Defense Army Secretary Ryan McCarthy. Defense officials did not approve action for armed activity or wearing body armor common to anti-riot enforcement.

Despite assistance given, newly appointed D.C. Metro Police Chief Robert J Contee III and McCarthy, all referenced the Capitol as the jurisdiction of the U.S. Capitol Police. Metropolitan police keep order in surrounding city communities, but do not engage in Capitol policing unless requested.

Bowser stated that a mutual aid agreement was formed prior to these events, and law-enforcement personnel participated from several states, including Virginia, New Jersey and Maryland state police, as well as city law enforcement from Baltimore and county forces from surrounding areas.

The federal response led by the Justice Department included the FBI, U.S. Marshals and additional agencies. The Capitol force has over 2,000 officers, according to its site. The additional request for D.C. National Guard deployment to assist the Capitol Police was met with “a little bit of confusion,” said McCarthy.

McCarthy eventually got approval by the defense secretary to mobilize D.C. National Guard and stated 1,100 troops were deployed to the armory at 3:00 p.m. to assist local and federal agencies. Guardsmen officially arrived at the Capitol at 5:40 p.m., according to a timeline released by the Department of Defense, which had no further comment.

The lag time in response is one of several issues that will be investigated.

Infiltrators celebrated the upheaval as a coup, snapping selfies with police officers and documenting looting with smiles before law enforcement swept the Capitol. The atmosphere changed after one woman was fatally shot as insurrectionists tried to force their way into the House chamber. The rioter shot dead by a police officer was later identified as 35-year-old Ashli Babbitt of California. Three additional people died on Jan. 6 due to medical emergencies at the Capitol. One officer was killed by injuries sustained from rioter attacks. Another officer committed suicide. Many more sustained injuries.

Officials from both sides of the aisle and law enforcement condemned Trump’s divisive rhetoric, which incited the upheaval.

Bowser extended the public emergency for 15 days in order to “ensure peace and security” through the Inauguration.

Lawmakers with oversight of the Capitol Police have vowed an extensive investigation into law-enforcement’s response.

The FBI said witnesses of violence may submit information, photos or videos to fbi.gov/USCapitol or call 1-800-CALL-FBI. Those with information but no digital media to submit can also contact the FBI at tips.fbi.gov. Washington, D.C. also has a tip line. Witnesses can call police at (202) 727-9099 or text tips to the department’s TEXT TIP LINE at 50411.

There may be a reward for information leading to arrests or indictment of those convicted of crimes in D.C.