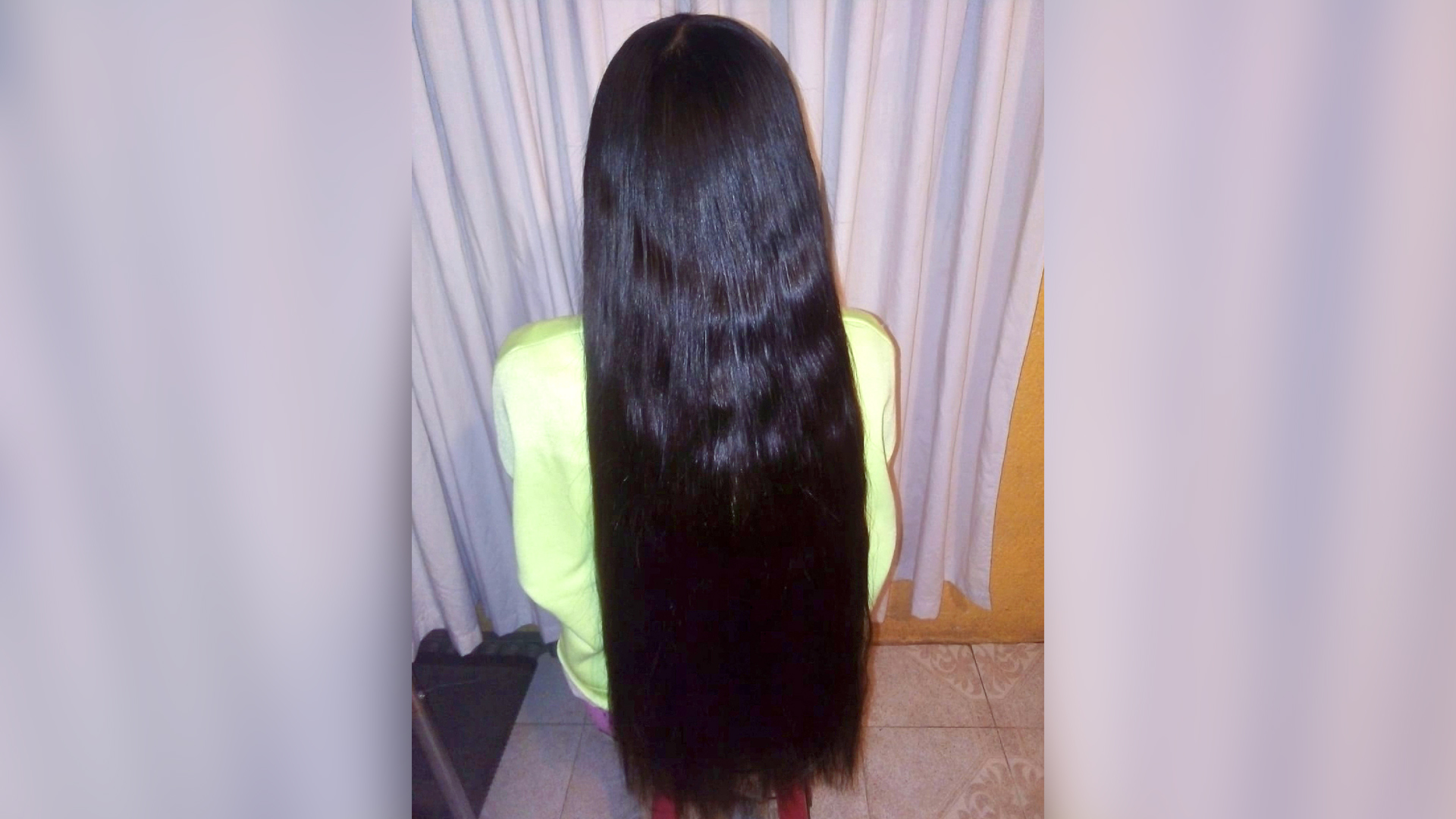 Ana Paola Romero chopped off her long hair to get an oxygen tank.

Toluca, Mexico — A Mexican teenager decided to sell off her hair to help her grandfather who had contracted Covid-19.

Ana Paola Romero, a 16-year-old girl, sold her 73 centimeters of hair through social media and bought her grandfather an oxygen tank which the family could not afford. The family had already spent more than 40,000 pesos ($2005) on medical treatment.

“I would rather lose my hair than my grandfather,” she said.

Romero said she got the idea of selling her hair when she saw family members showing concerns for her grandfather whose oxygen levels were below 40, when it should have been above 90. The family did not have the financial stability to provide him with a new oxygen tank.

The teen managed to sell her hair for MDX 2,500 ($125), which she then gave it to her family who bought the lifesaving oxygen tank. However, one oxygen tank was not enough considering her grandfather’s health condition.

“We bought the oxygen tank but it was gone in less than two hours because we put up the highest flow to help raise his oxygen saturation,” Romero said.

She emphasized that her family needs an oxygen concentrator and a larger oxygen tank as the smallest container costs MDX 5,700 ($286) and only lasts about only one single day.

Romero claimed she loved her hair and took pride in caring for them. She spent several hours in front of the mirror combing or practicing different hairstyles.

The teenager studies at a high school in Guadalajara, a city in western Mexico, but has been staying with her grandparents in Toluca, a central Mexican city, for the past two months. She was also affected by the novel coronavirus, like her eight other family members. Her uncle was the first to get infected with it.

As per local media reports, her grandfather’s condition is delicate as he has diabetes. However, he does not want to visit the hospital for treatment because he wants to fight the disease alongside her wife, who is suffering from the disease as well.

“On January 14, 2020 the first case of coronavirus (COVID-19) was detected in Mexico,” states a report by the European Centre for Disease Prevention and Control. “By December 14, the total number of confirmed infections had surpassed 1.2 million. Meanwhile, the number of deaths due to this disease is nearing 114,000”

Romero is hopeful of getting her long hair back soon and said people are sending her supportive messages over social media for her new look.

«Previous Post
Bar None: Secret Speakeasies Make a Comeback in Mexico»Next Post
How Is the Popular Mexican Salsa ‘Pico de Gallo’ Made?