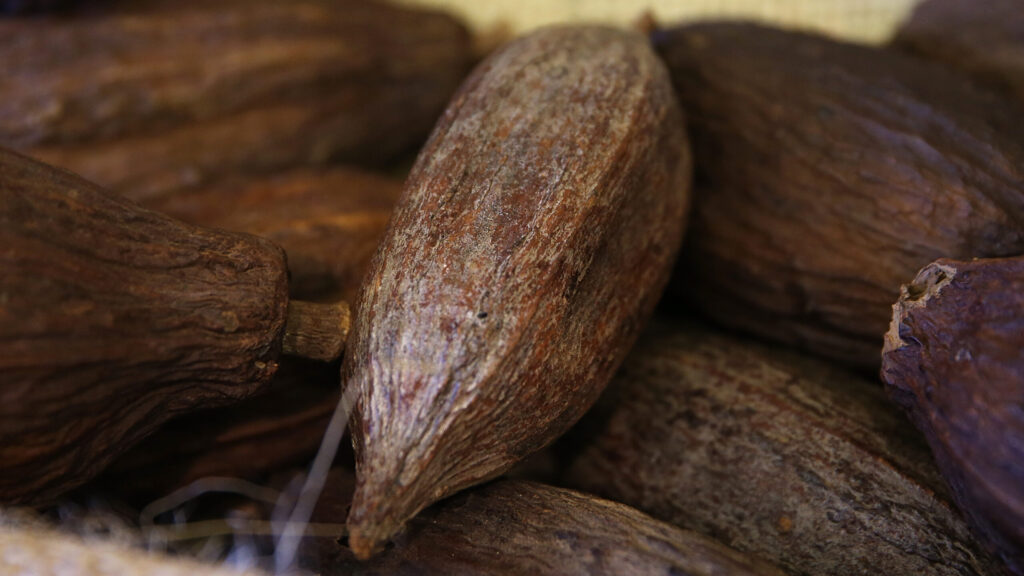 Hot chocolate is the best-known cocoa-based drink, but it is not the only one. Indigenous people in the Mexican states of Chiapas, Oaxaca, and Guerrero continue to prepare tasty yet unusual cocoa drinks.

Their use goes back to pre-Hispanic Mexico. Olmecs, the earliest known civilization on the continent, made southeast Mexico their home; they were the first to use cocoa. Mayans and Aztecs followed suit. They all fermented, roasted, and ground cocoa for use in different drinks. Since cocoa has a bitter flavor, ancient Mexicans combined it with other local ingredients, such as vanilla and chili plants.

Although they are not well-known, other cocoa drinks can be yummy and nutritious. Rich in minerals, cocoa provides potassium, magnesium, and phosphorus. It also has caffeine and theobromine.

Made mostly by the Mayan and Zoque people of Tabasco and Chiapas, pozol or pochotl is a hearty drink that can be used to cool down in hot climates. Made of ground corn and roasted cocoa, pozol is an energy drink that helped ancient Mexicans endure long trips. Many carried a banana leaf stuffed with pozol powder that they could hydrate on the road.

There are five variants of pozol. Mexicans make it with or without cocoa. Sometimes they include sweet potato or prepare a sour version. Some people sweeten their pozol or add chili flakes to enhance its flavor.

Chilate is traditional to Guerrero. It is made from roasted corn, chili plants, and two varieties of cocoa. Guerrerenses — the people from the state of Guerrero — add anise, pepper, ginger, and cinnamon for flavor, and sweeten it with brown sugar. They serve it cold, pouring it into a glass or gourd from a couple of feet above to make it foamy. People usually enjoy it with buñuelos — traditional sweet fritters.

“Chilate has been my life. I tried to make a living out of something else, but chilate is my source of income,” said Oliva Hernández, a chilatera from Guerrero. “When I was younger, I used to grind two kilos a day in a metate [a traditional grinding stone.] Making chilate is not easy; you have to choose the cocoa that you will grind. Despite my years, I don’t get tired. However, sometimes my hands feel sore from grinding so much on these stones.”

Taxcalate or tascalate is a pre-Hispanic drink traditional to some areas in Chiapas. The sixteenth-century missionary Diego de Landa wrote about tascalate in 1566. He said, “They also toast the maize and then grind and mix it with water into a very refreshing drink, adding to it a little Indian pepper or cacao.” Besides corn and cocoa, Chiapanecos add to their tascalate pine nuts, annatto, cinnamon, and sugar. Then they mix the powder with water or milk and serve it cold.

A corn-based drink, tejate is popular among Zapotec and Mixtec indigenous people from Oaxaca. Tejate, once considered a drink of the gods, was a ceremonial beverage during pre-Hispanic times. It required skilled artisans who would grind corn, mamey seeds, fermented cocoa beans, and cocoa flowers. Today, some cooks add pasilla pepper to the mix. Tejate makes a dense foam when it is ready to drink.

“Once you grind everything in the metate, you get a paste that you mix with water and sugar. You have to stir everything to get a heavy drink that you must strain many times to give it the final touch. Then you add ice. To make it foamy, you pour it from a certain height,” said the chilatera.

Mexicas, the civilization that settled in central Mexico, drank atlaquetzalli, the “precious water.” Sixteenth-century missionary Bernardino de Sahagún described the atlaquetzalli vendor in the market, “She does the grinding and offers the beverage that makes people happy. She grinds the cacao, breaking it, crushing it, pulverizing it. She selects it, picks it, separates it. She soaks it until it is saturated. She adds water carefully, aerates it, filters it, beats it, holds it up to drain, froths it, raises it, thickens it, makes it into a paste, adds more water to it, stirs it. She sells a good, excellent, precious drink destined for people of lineage.”

Atlaquetzalli was a red, foamy, bitter drink, highly coveted in the past. Its recipe calls for cocoa beans, chili peppers, flowers, apricot, vanilla, honey from wild bees, and various aromatic herbs such as root beer plant.