Pandemic or Not, Indie Artists Are Still Rocking

With live shows out of the question, some artists are keeping busy by creating and releasing new materials. 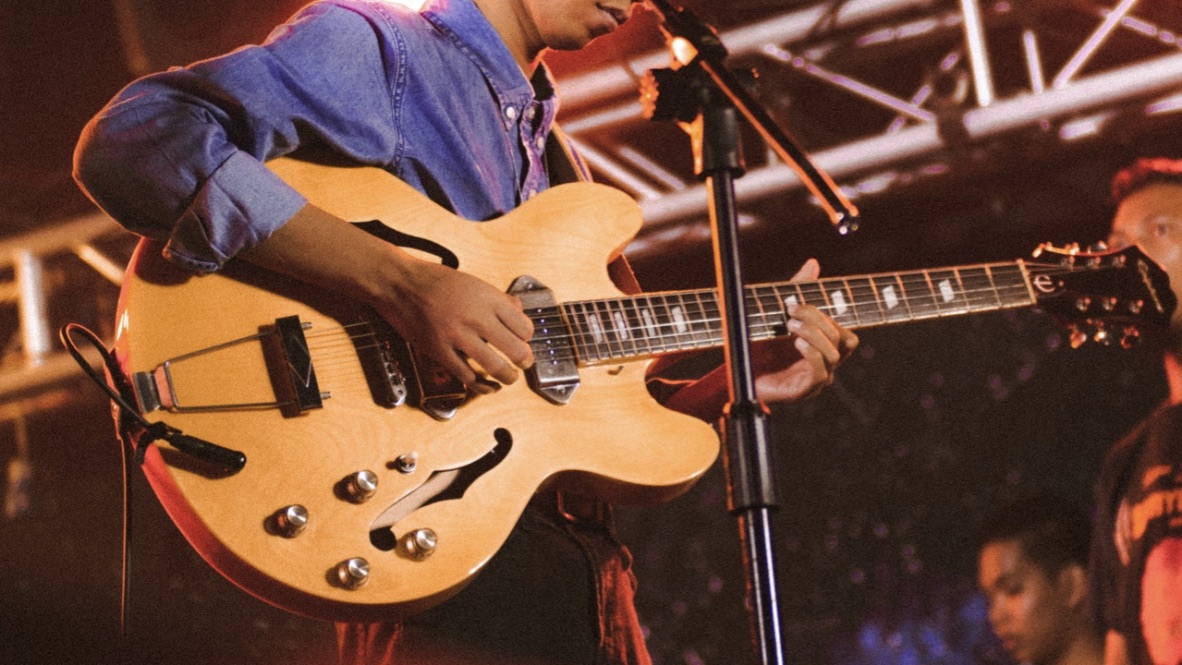 Those in the music industry must act creatively in the face of challenges and restrictions presented by Covid 19. (Nichole Sebastian/Pexels)

What happens when a global pandemic disrupts the livelihood of those who depend on meeting people in crowded venues night after night?

This was the question facing Israel’s indie musicians when the coronavirus crisis brought the country’s music industry to a grinding halt as shows were canceled, venues shuttered and tours postponed.

While the past few months have been hard for the artistic community, with many musicians, sound technicians, stagehands and others finding themselves unemployed, the local indie music scene is still alive and well, albeit in a slightly different manner.

With shows out of the question for the time being, many artists are busy offstage creating new materials, and some aren’t waiting for the pandemic to pass before releasing them.

“There were the stages when it all began that people thought, ‘Alright, we’ll postpone the album or single release for a moment and wait until it will be possible to do a show and debut properly,’” Chen Litvak, presenter and editor of a radio program on the alternative KZradio channel, said.

“Recently, we’ve been seeing that this whole thing of waiting for it to be over before releasing is over,” she said. “No one is committing anymore to a date, to a location. It’s just become impossible to do these things with any kind of knowledge.”

The biggest Israeli indie release during the pandemic so far has been “HaGal HaSheni (The Second Wave),” a double album featuring around 100 participants that was masterminded by musician Roy Rieck.

“It started out at the beginning of the first lockdown. I intended to follow my wife to her doctorate at Princeton and the plans were pretty much canceled with the beginning of lockdown. I, like everyone else, was bummed out by the situation,” Rieck said.

A member of indie band Acollective, which now on hiatus, Rieck began turning to people he’d worked with over the years.

“I’ve always had this desire to create a project, to make people collaborate. The idea was to create from home, but together. I asked everyone to send me something. Each one sent an idea, a beat that they created, a text that they’d written,” he said.

“I started turning these into a parcel-passing between everyone; each person received an idea that someone else brought up. It’s kind of a documentation of this time period in all its aspects, of the pandemic, the protests, the implications for our livelihood and private lives,” he said.

The result was a truly collaborative endeavor featuring both high-profile and lesser-known indie artists that is now available on YouTube and Spotify.

Another project born out of the pandemic was “Tunes for Emergencies,” a smaller-scale collaboration between mostly female indie artists brought together by singer Noam Sadan, professionally as Nomke.

“I think that the moment the first lockdown began, a lot of us simply found ourselves with lots of time on our hands and also without much ability to make a living, so it made us stop all the projects we had up until that point and understand how to do things differently,” she said.

Doing things differently included artists producing songs on their own, sans producers, or lowering costs by renting out recording studios together.

“We tried to be as creative as possible and to create with what’s called ‘corona budgets,’” Nomke said.

The results were tunes that touched on the health crisis.

“I think that as artists, our filter is one of creating and writing about what’s happening to us and what’s preoccupying us. You find yourself with songs that were written in a very specific period,” she said. “They’re not summer hits.”

Aiming for a Big Break

While existing artists are finding these times tough enough, new ones trying to break into the scene are facing other challenges.

“We started working right when the situation began deteriorating and when it became clearer what was happening,” said Yael Copeland from the new band Borito. “The advantage, as much as you can call it that, of this time period is that there’s social media, and that’s our way of communicating with the audience, and we really are focusing there.”

Borito has released two singles and has a debut album coming out soon.

“You really can still create content and do things that are special,” Copeland said. “You can insist on continuing to create culture in an independent way.”

Even so, many in the music industry are struggling.
“You can see the other side of many indie artists, whether it’s those who went into high-tech and retraining, or those trying to make a living and survive,” Litvak said. “People have simply been left without employment these months.”

She added that the real test will be when lockdowns are lifted and businesses open up again. “There was the short respite when things were open, and you could see that the crowd was there,” she said.

Indie Artists Are Still Rocking It — Global Pandemic or Not appeared first on ISRAEL21c.