A major study of COVID test takers confirms the vaccine gets stronger the longer it’s in the body, but two shots are essential. 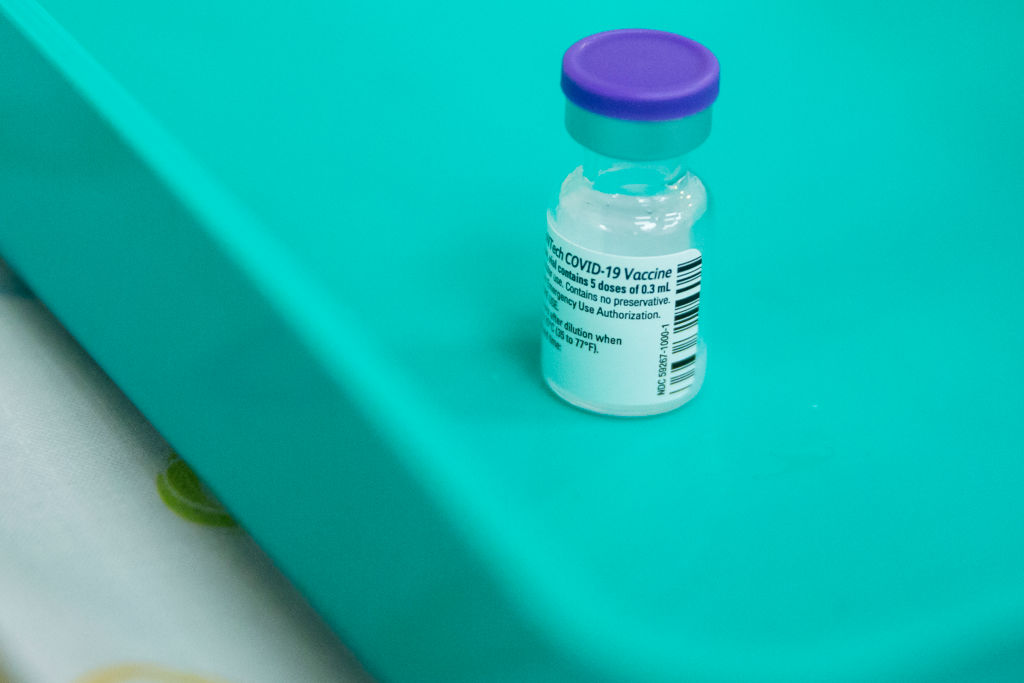 A coronavirus (COVID-19) vaccination dose sits on a table at Hillel Yaffe Medical Center as Israel starts its COVID-19 vaccination campaign on December 20, 2020 in Hadera, Israel. On Saturday night, Prime Minister Benjamin Netanyahu became the first Israeli to receive the approved Pfizer-BioNTech COVID-19 vaccine. The country of under 9 million people has reported 370,000 cases of the virus, with over 3,000 related deaths. (Amir Levy/Getty Images)

Having vaccinated more people against COVID-19 per capita than any other country, Israel is in a unique position to study the effects of the first of two doses of the Pfizer/BioNTech vaccine.

Clalit, Israel’s largest health maintenance organization (HMO), looked at COVID-19 test results of 200,000 people over age 60 who were vaccinated and 200,000 people who were not.

They found that between five and 12 days after receiving their first dose, people were just as likely to test positive as unvaccinated people. However, there was a 33% decrease in positive tests among vaccinated people 14 days after the first shot. (The second and final shot is given at 21 days.)

The second-largest Israeli HMO, Maccabi, did a similar study and reported a 60% drop in the chances for infection 14 days after the first dose.

Preliminary results of a smaller Israeli study, conducted at Sheba Medical Center on 200 people, found that after a week, only 1% of those receiving the first Pfizer dose had enough antibodies to provide immunity. That number rose to 50% after 14 days.

Pfizer’s own Phase 3 trials with 40,000 people determined that the effects of the first dose kicked in after 11 days. Only about a week after the second dose did immunity levels reach the maximum 95%.

According to Our World in Data, as of January 14, 22.34 out of 100 Israelis have received the first Pfizer dose through Israel’s four HMOs, Magen David Adom and hospitals. That puts Israel in the No. 1 spot, with the United Arab Emirates in a distant second place at 12.9 per 100. The round of second doses has now begun.

«Previous Post
In Mississippi, New Round Of Federal Covid Aid Reopens Restaurants — But Not Everyone Gets A Check»Next Post
South Carolina Man Says Oral Cancer Upended — Then Saved — His Life