Balero: The Beloved Mexican Toy with Counterparts Across Different Cultures 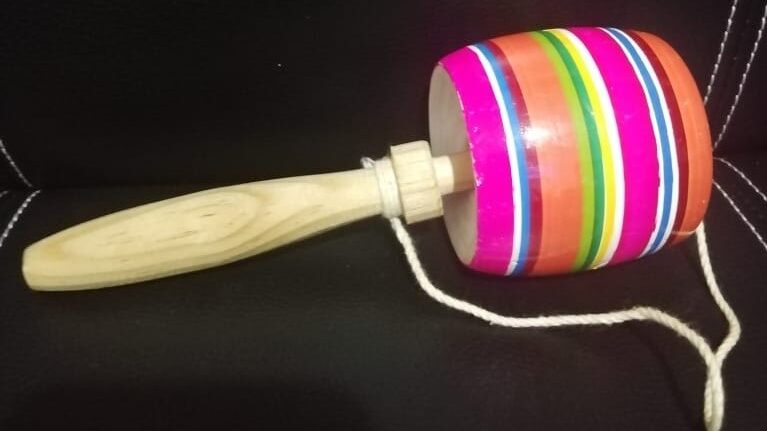 Mexican children play with a myriad of different traditional toys, including wooden soldiers, rag dolls, hand-crafted cars, “trompos,” yo-yos and more. Yet, there is a toy that has been the bane of many hands: the “Balero.”

Baleros look like small wooden gavels and can vary in size. They consist of a wooden stick and a colorful wooden barrel — which has a hole in its base — joined by a strong string. The objective is to throw the barrel into the air and try to insert the stick in it. Although the Balero’s popularity has diminished in modern days, it was prevalent during the 20th century.

Archeological evidence has traced the origin of the Baleros to ancient Mayan cities. The ancient Mayans made these toys out of human skulls. However, as their civilization grew, they started to use different materials.

Although there is no exact date of the toy’s origin, one  theory is that Baleros originated in the Yucatán peninsula between 250–950 B.C. From there, the toy slowly ingrained itself into the different pre-Colombian Mesoamerican civilizations. Archeologists discovered a Mayan codex in Yucatán, which showed a Balero made out of a human skull and the instructions on how to play with it.

The origin of the toy’s name is a matter of dispute among scholars. Some believe it was based on the French “bilbouquet,” which comes from the words “bille” (little ball) and “bouquet” (diminutive of “ball”). Other scholars believe the name came from bilbos, a type of sword that had a ball-tip made in Bilbao, Spain.

In Europe, playing bilboquet is an old tradition. During the rule of King Henry III of France, bilboquet became a nobleman tradition, with the entire court practicing it. However, the toy did not distinguish between classes. Commoners also enjoyed playing bilboquet as a leisure activity. Another similar toy, the Kendama, originated in Japan. Translating as “sword ball,” this challenging toy requires high dexterity to master.

“Playing Balero is a game of skill and ability. Those who buy one know they will suffer for a bit, but that they will also have hours of fun while trying to master it. These types of toys, sadly, are not attractive to modern children because they think it is ‘boring.’ It is more common for an adult to find it interesting than to a kid. People buy it as a nostalgia item, so I do not sell them much. Yet, the demand is still high enough that I offer them at my stand in the market,” said Guillermina Sosa Landa, a tenant of the Hidalgo market in Tijuana, Mexico.

“I could tell you that, some years ago, my mother could manage to sell up to thirty Baleros per week in this market. Now, however, I sell one or two, tops, a month, and only to adults, since they buy them as souvenirs or as part of their home decorations,” said Sosa Landa.

How can a person play Balero?

Balero takes a lot of skill and serenity to master. The objective is to catch the wooden barrel with the stick while it is spinning in the air. It is expected, for children and adults alike, to get hurt on the first attempt, but that is just part of the fun.

In Bolivia, they know this game as “choca,” Venezuelans as “perinola,” Cubans as “hoyuelo,” and Salvadorians as “capirucho.” No matter the continent, time period, or toy’s name, these string-and-ball games have taken away the monotony of dull days for centuries.