While sales are at least several months away, Tesla enthusiasts are thrilled by registry of new office in Bengaluru.
By Namrata Acharya January 15, 2021
Facebook
Twitter
Linkedin
Email 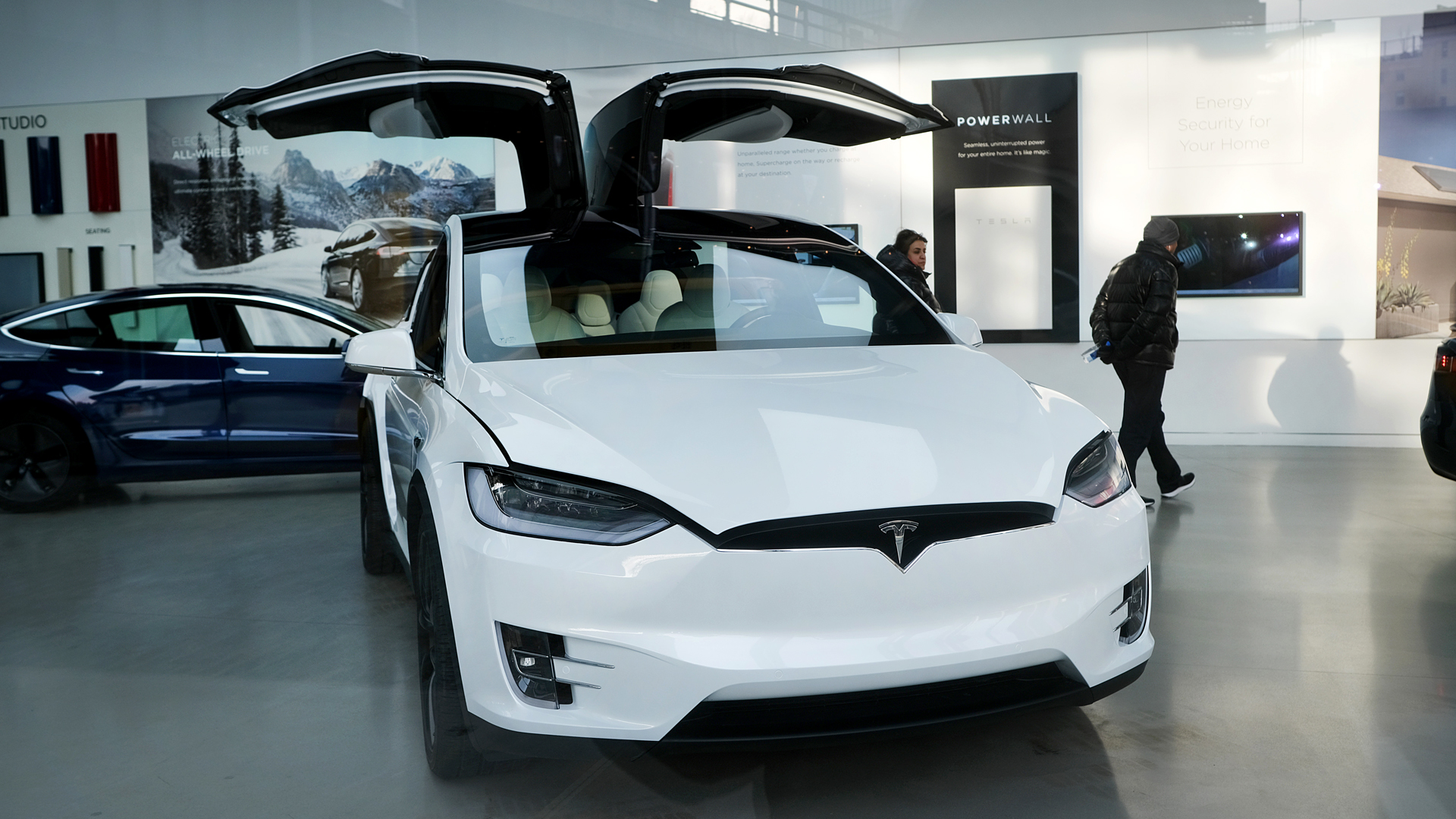 A Tesla vehicle on display in a Manhattan dealership. (Spencer Platt/GettyImages)

KOLKATA, India — Shashwat Phumbhra, a 28-year-old stock trader from Kolkata and fan of Elon Musk, had many reasons to pre-book a Tesla in 2016 when the registration started at $1,000.

Now, with the announcement that Musk has registered Tesla India in Bengaluru, Phumbhra is optimistic he will get his Tesla sometime this year.

Listed on the Registrar of Companies on Jan. 8, Tesla India Motors and Energy Private Ltd. has three directors on board: Vaibhav Taneja, Venkatrangam Sreeram and David Jon Feinstein.

Phumbhra wants one of the state-of-the-art electric vehicles, despite the long wait time. The Model 3, selling for about INR 6 million ($82,000) is expected to be rolled out first, possibly by mid 2021, according to news reports. For Phumbhra, among the attractions of a Tesla are the software updates, including wireless delivery of new software in the car just like in a mobile phone, a superior accelerator and adjustable suspension.

Another reason why Phumbhra wants a Tesla is because of the CEO himself, who is also the founder of SpaceX.

“It is all about Elon!” Phumbhra said. “Elon is always on Twitter and he responds to suggestions. That’s how I believe the dog mode was discovered. His vision of sustainability and technology are unmatched.”

Dog mode keeps the car’s temperature conducive to pets when owners leave them in the car.

Musk is hugely popular on social media in India. There is even a Tesla Club India account on Twitter, which has some 7,000 followers.  Now, with Tesla actually arriving in India, the euphoria on social media is hard to miss.  As for Musk, his response to the India opening was brief: “As promised,” he tweeted on Jan. 13.

“Electric Vehicle Manufacturer Tesla will soon start its operations in India with an R&D unit in Bengaluru. I welcome Elon Musk to India and Karnataka and wish him all the very best,” B. S. Yediyurappa, chief minister of Karnataka, tweeted. Bengaluru is the capital of the state.“Karnataka will lead India’s journey towards Green Mobility, 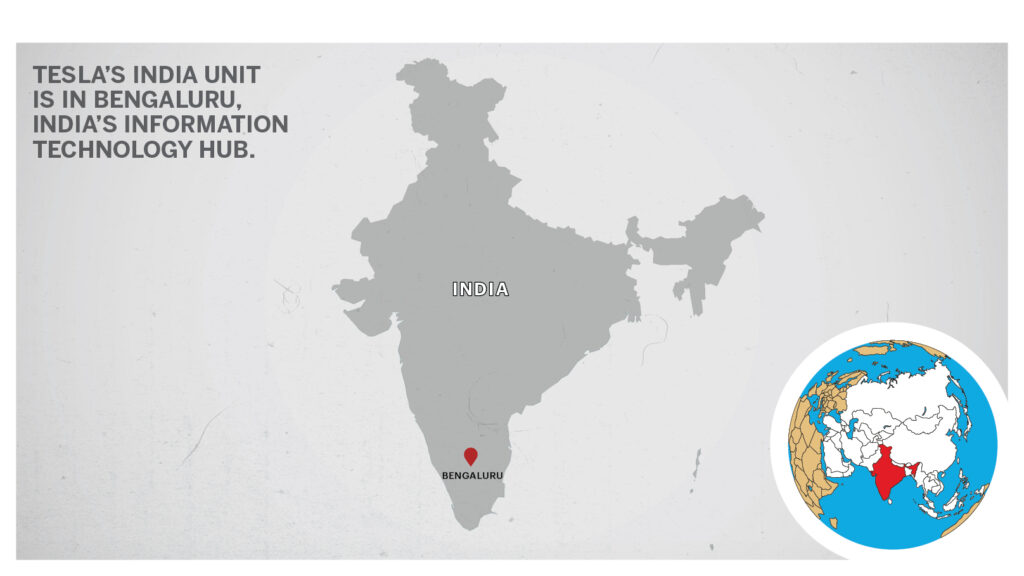 Nikhil Chaudhary, the founder of Tesla Club India and a student at the University of Delhi, hopes to own a Tesla as well as get on a spaceship to Mars one day, another of Musk’s ventures. Meanwhile, the co-founder of his club, Arun Bhat, is actually in the queue to own a Tesla.

“This is an unofficial Tesla club now, but we aim to be a Tesla Owners Club in India,” said Chaudhary. “Our aim is to spread education about electric vehicles in India.”

Chaudhury’s club found three responses from Musk on Twitter, which included his dissatisfaction with the high costs of importing Teslas in India.

In another reply to a post with a photograph of a T-shirt with the message: “India wants Tesla in 2020,” Musk had replied: “Next year for sure.”

Among other Twitter handles there is TeslaChillMode, India, where one can spot discussions on topics such as songs to play in Tesla.

Some Twitter handles include Tesla For India and Tesla Memes in India.

Twitter is also abuzz with memes about Indian road conditions, the wedding-like preparations to buy the car and job opportunities at Tesla.

So far, the market for electric vehicles is not fully developed in India. One of the biggest challenges is the lack of charging stations. News reports state that the government’s Energy Efficiency Services Limited (EESL) plans to install around 2,000 EV charging facilities this financial year.

Another challenge is the significant price difference between electric vehicles and cars with internal combustion engines, said Kavan Mukhtyar, partner and automotive leader at PwC India.

“There is no incentive for the customers to shift to electric vehicles, except the commercial applications where the usage is intense. In the luxury segment, there are some electric vehicles coming up, but these are niche segments,” Mukhtyar said. 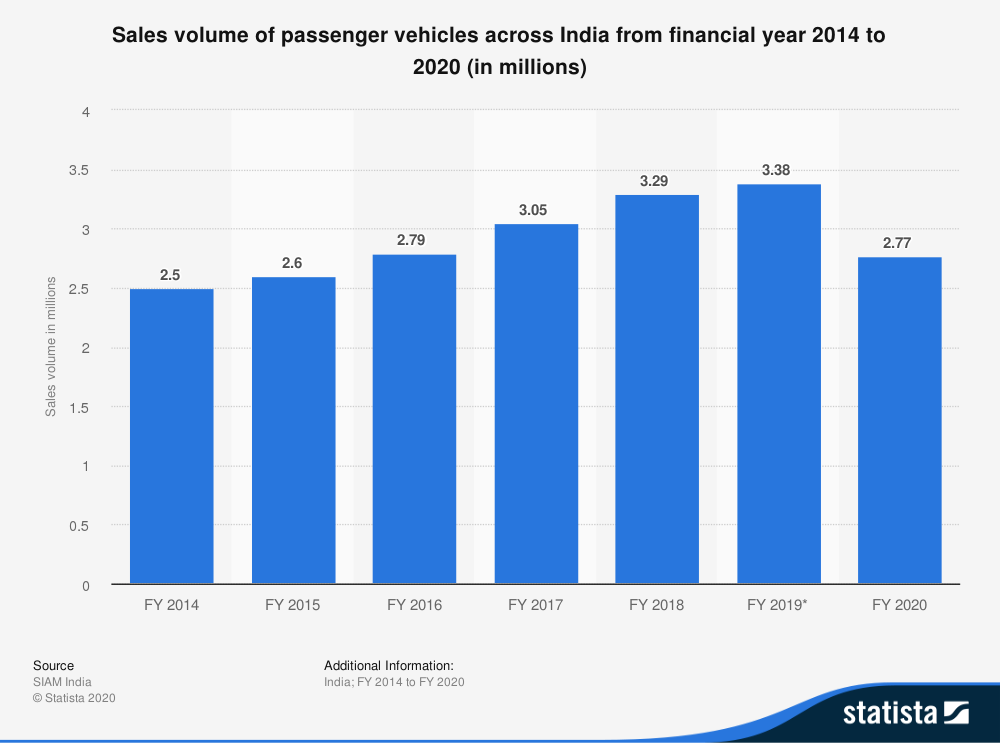 Another constraint in the electric vehicle market in India is dependence on imports for Lithium, a crucial component of batteries.

“ICRA Ratings has ruled out any meaningful domestic penetration of electric vehicles (EVs) in the key automotive segment  &mldr; given their high prices; and absence of strong direct and indirect financial stimulus from the government encouraging EV adoption,” a September report by rating agency ICRA states.

Over the next five years, ICRA estimates the share of electric vehicles in the passenger vehicles segment at about 3 percent to 5 percent.

India is in a recession, with successive quarters of negative growth. Passenger vehicle sales declined almost 22 percent from April-November compared with last year, according to the Society of Indian Automobile manufacturers.

But Tesla lovers aren’t going to let Musk down in India, apparently.

“The road conditions might be bad, but the suspension is great,” said Phumbhra.

“There is a lot of interest in Tesla as it is an electric vehicle and also a pioneer in space tech,” said Gautam Hari Singhania, chairman and managing director, Raymond Group. “A power-packed car with great technology features is what sets it apart from other cars. It’s relatively simple to buy and its quest for innovation is its winning streak.”