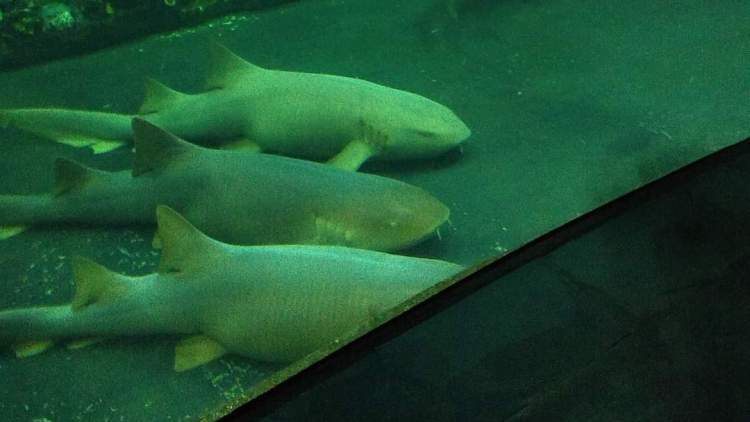 Aquariums worldwide highlight the care of aquatic species and their feeding and life cycles. It is an interesting and informative place for young and old alike. In Mexico, various aquariums allow people to meet sharks, jellyfish and dolphins, among other sea life.

“Aquariums are the best resource to educate people and raise their awareness of aquatic environmental issues. It is the perfect place for the new generations to get invested in species preservation. Children are the best environmental police and ecological teachers we can have” said Mariano Salcedo Espinoza, a biologist who graduated from the Boca del Rio Technological Institute in Veracruz, Mexico.

“As adults, we must understand that we all share the planet, and what better way to do that than respecting marine species and avoiding the unnecessary pollution and exploitation of the sea.”

The five most famous Mexican aquariums

As incredible as it may seem, as Mexico City is not only far from the coast but also lies at a high altitude, it has an underground aquarium! The Inbursa Aquarium opened its doors in 2014 and is one of the largest in the country. Moreover, it has 14,000 specimens among 300 different species. Its extension is 3,500 square meters and has 48 exhibition rooms!

Inbursa’s  underground aquarium’s main attractions are the different types of sharks, such as the leopard, sandbar, bignose and blacktip reef sharks. In addition, visitors can  see other species, such as corals, piranhas, jellyfish, turtles, manta rays, starfish and even penguins! The Aquarium has augmented reality tours that help illustrate the sea’s  diversity.

In the city of Cancun, Quintana Roo lies the Aquarium Trek. This aquarium is home to species of the great “Mayan Reef,” which consists of invertebrate animals, such as starfish and sea urchins, reptiles such as turtles, and mammals, such as the sea lion. Some 140  species live in the aquarium, an underwater corridor that allows visitors to admire several fish species up close. Some of the fish are yellowfin surgeonfish, cichlid, pipefish, Moorish idol, dogface puffer, streaked prochilod, orange triggerfish, rabbitfish, cownose ray and Atlantic pomfret.

The Aquarium of Veracruz is one of the most famous in Mexico. It opened its doors in 1992 and is now the most impressive aquarium in Latin America. It displays the aquatic biodiversity of the region and its typical fauna, which makes this one of the most exciting aquariums in the country. It has the largest panoramic cylindrical tank in all of Latin America! Moreover, it is one of the places in Mexico that offers select activities, such as swimming with dolphins and teaching environmental care courses.

It has more than 3,500 specimens of 250 species, such as alligator, blindfish and jellyfish, among many others. It has a special wing dedicated to dolphins, manatees and penguins. Its shark section is extraordinary, as it recreates a jungle ecosystem — typical of Veracruz — where boa constrictors, blue macaws and toucans live. But its most fascinating specimen is the smalltooth sawfish, extirpated in 2016! This term refers to a species that is extinct to a region, then taken to another, where it can flourish and thrive.

Another option for sea lovers is the Guadalajara Aquarium. Though the city is not known for its touristic beaches, the aquarium consists of a 2,800 square meters area with almost 100 different species! It has 15 panoramic tanks — seven freshwaters, six saltwater, two brackish water. Among the species found at here are jellyfish, piranhas, rays, sharks and fish. It has a transparent, underground tunnel that allows visitors to appreciate the marine animals swimming above them.

Finally, there also is the Mazatlán Aquarium, whose main objective is to educate. It has a “Sea Turtle Preservation Program” that first started in 1980. It also preserves tiger fish, snappers, jellyfish, groupers and sharks and features sea lion shows. Several species native to the Gulf of California can be seen here, thanks to the Aquarium’s “Ocean Fish Tank.”

Mexico has a special connection with its marine species, and its efforts to preserve them are significant. The aquariums represent a way for people to get to know these fascinating animals, which offer mysteries that humanity has yet to unlock. .

(Translated and edited by Mario Vazquez, edited by Fern Siegel.)