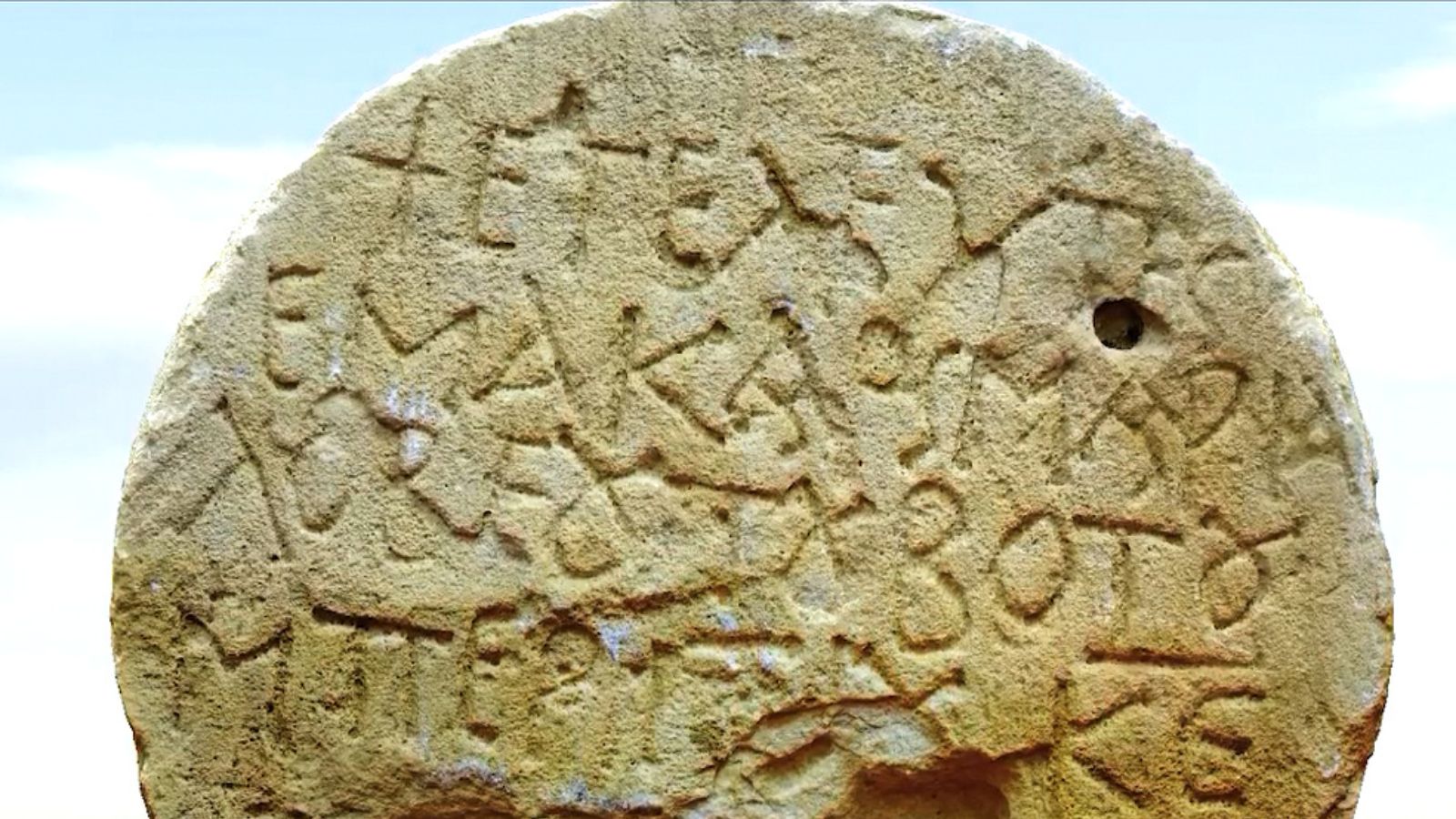 The ancient tombstone referring to a blessed Maria that was unearthed in Nitzana in southern Israel. The Byzantine period tombstone with the inscription in Greek.(Emil Aladjem/Israel Antiquities Authority)

NITZANA, Israel — A centuries-old tombstone inscribed in memory of a woman who “lived in immaculate life” was recently discovered at the Nitzana National Park in southern Israel.

The flat round tombstone, measuring 10 inches in diameter, was unearthed in early January by an Israel Nature and Parks Authority worker while clearing nature paths.

The Greek inscription on the stone, deciphered by Leah Di Segni of the Hebrew University of Jerusalem, refers to a “Blessed Maria, who lived an immaculate life” and who died on Feb. 9 of an unspecified year. The stone itself was dated back to the end of the Byzantine period in the late 6th to early 7th centuries A.D.

“Nitzana is renowned as a key site in research into the transition between the Byzantine and the Early Islamic periods,” Tali Erickson-Gini of the Israel Antiquities Authority said in a press release about the discovery.

“During the 5th and 6th centuries A.D., Nitzana acted as a center for the villages and settlements in the vicinity,” Erickson-Gini said. “Among other things, it had a military fortress as well as churches, a monastery and a road station that served Christian pilgrims traveling to Santa Katarina, which believers regarded as the site of Mount Sinai.”

The ancient town of Nitzana was founded as early as the 3rd century B.C. as a Nabatean station on a major trade route. It was inhabited intermittently for over 1,000 years until it was abandoned in the 10th century A.D.

This latest archeological find joins numerous others from the area, such as a papyrus archive unearthed in the 1930s and other tombstones commemorating Christians buried in the churches and cemeteries around the town.