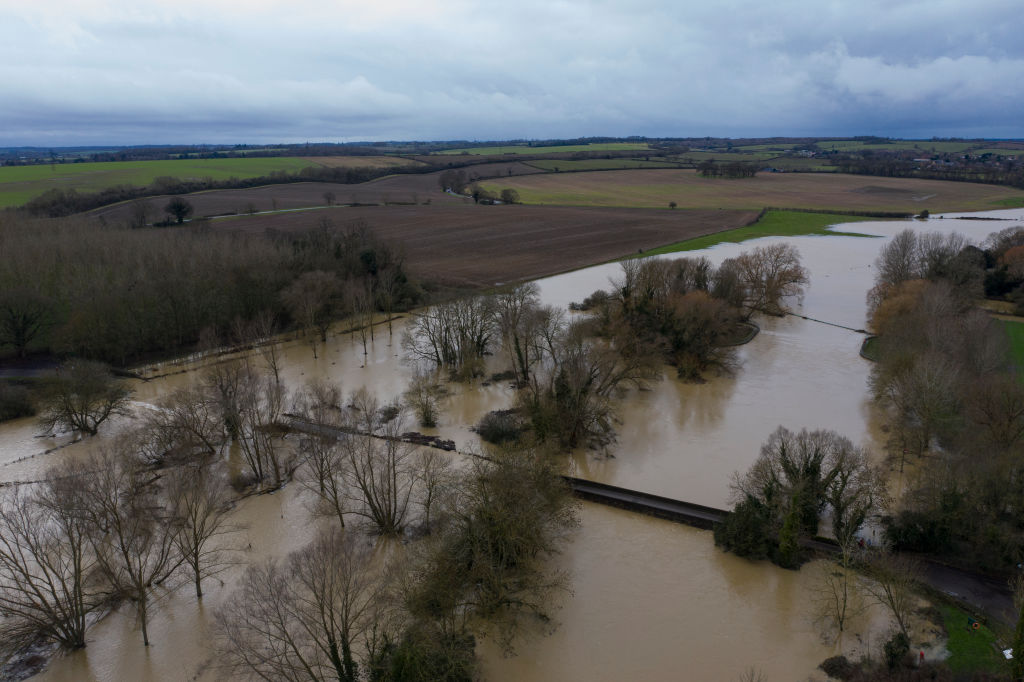 BEDFORD, ENGLAND - DECEMBER 26: The River Great Ouse bursts its banks on December 26, 2020 in Pavenham, England. Many people in homes and properties along the River Great Ouse were advised to move out, as a "severe" flood warning was in place. Though the water has subsided in many places, people are bracing themselves for storm Bella, which is currently sweeping across the country. (Photo by Dan Kitwood/Getty Images)

Landes, France — Storm Bella has caused havoc in the Landes region of southwest France with roads being cut off due to severe flooding and hundreds of homes still without power.

Aerial footage released by the Landes Fire Department showed the excessive damage caused in the area. The firefighters had conducted 436 interventions in 110 municipalities and 39 evacuations till Tuesday.

According to Meteo France stations, Landes received a month and a half of rain in just three days. The commune Dax recorded 158 millimeters of rain while the capital town of Mont-de-Marsan had received 107 millimeters till Jan 6.

“In the area of Tartas, the water was expected to rise further, and reach a peak of 3.40 meters within two days,” said Pascal Lafourcade, deputy mayor.

With the rain taking a break, the authorities lifted the orange alert and the water continued to recede slowly. “This is the 11th episode of flooding in the Landes since the beginning of 2020. And it’s fourth-most severe,” said Lafourcade as the rescue work continues on warfront.

The Midouze river, which passes through the Landes department, could reach as high as five meters, the flood monitoring service Vigicrues had said. This is one of the worst floods that the Tarta region has witnessed, local experts said, with such high levels of water last seen in 1843.

More than 1,500 homes were still without electricity yesterday, with 58 roads closed due to flooding. On the major freeway, RD 110, in the village of Gouts, a bridge was washed away in the high floodwaters.

On the other hand, Capbreton recorded more than 429 millimeters of rain since Dec 1 while on average, the rainfall received during the month of Dec is 144 millimeters. This means that the region received almost four months’ worth of rain, in just one month.

The aftermath of the storm is still visible as a significant accumulation of deadwood and other waste, completely masking the sand on the banks of the mouth of the river Adour, in the Tarnos commune of the Landes. A colossal job of removal and cleaning up awaits the banks.