The Aztec Origins of Mexico’s Name

Many view Huitzilopochtlli-Mexictli as the most important figure in the country’s ancient past.
By Vanessa Sam and Christian Valera Rebolledo January 14, 2021
Facebook
Twitter
Linkedin
Email 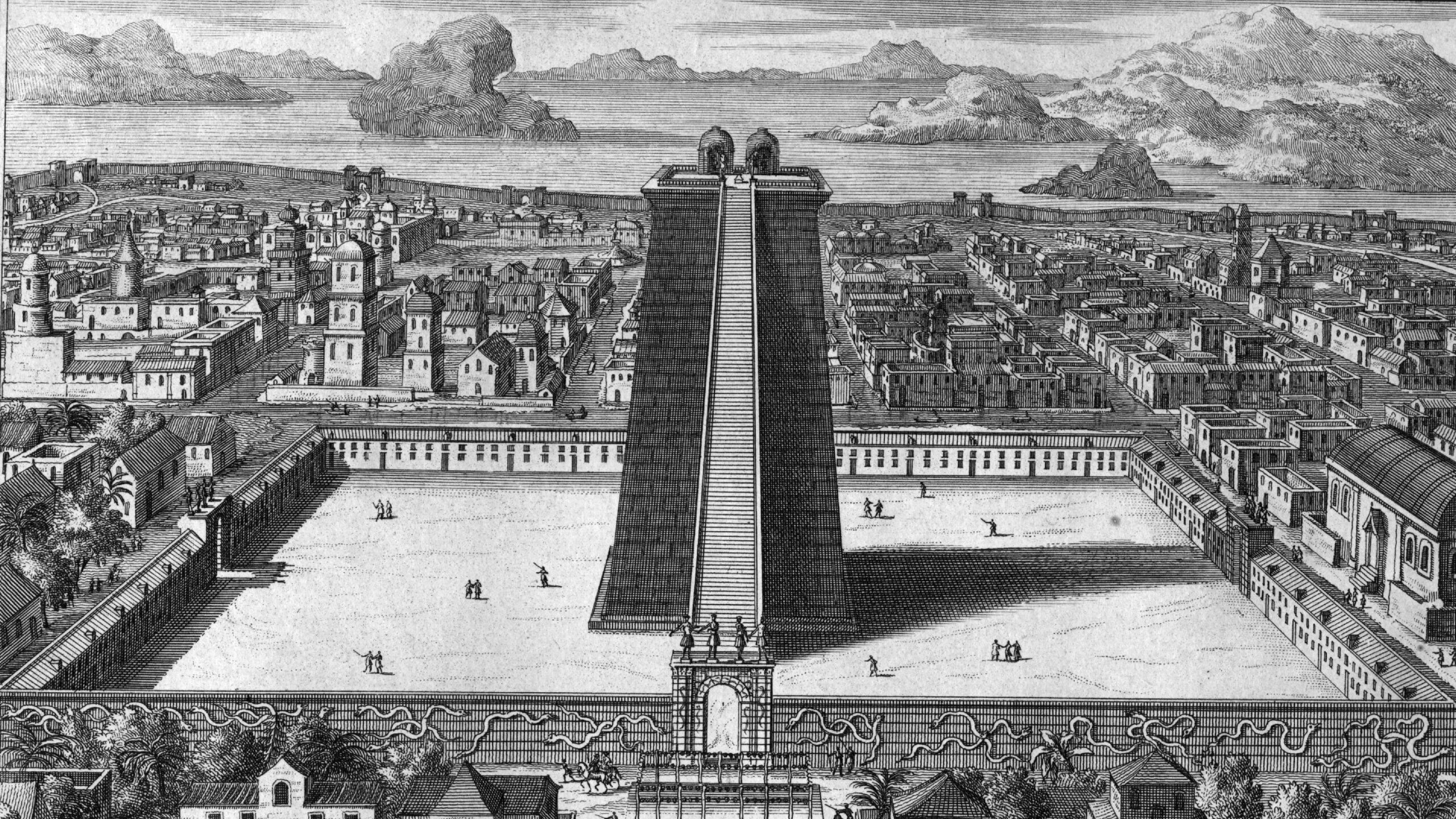 Huitzilopochtli-Mexictli was born on Nov. 24, 1039, in Aztlan, a mythical place believed to be on the island of Mexcaltitlan, in Nayarit, Mexico. He soon became a proved warrior, a wise man and the leader of the Aztecs, who knew him as Mexi.

The origin of the word “Mexico,” according to historians and researchers, derives from the word “Mexihco,” which means “place of the Mexicans.” Neighboring tribes started calling the Aztecs “Mexica” as they were the followers of Huitzilopochtli-Mexictli.

Who was this man, and how did he become the god Huitzilopochtli?

When he was 25 years old, he was already the leader of the Aztecs. Under his rule, they left Aztlan in search of a new land. They arrived in central Mexico when Mexi was 27, and he ruled over his people until he died at the age of 77.

After his death, the Aztecs elevated him to godhood, becoming the war god Huitzilopochtli, the left-handed hummingbird. This god was exclusive to the Aztecs, as there is no other evidence that other Nahuas or Mesoamerican tribes revered him.

Every year, the Aztecs held a party in his honor, called “Panquetzaliztli.” When the Aztecs finally ended their pilgrimage in 1325, they named their city Mexico-Tenochtitlan, from where they got the demonym “Mexicatl” in singular and “Mexica” in the plural.

Bernardino de Sahagun wrote about one of Templo Mayor’s main altars: “Its main tower was in the middle and was higher than the others. It was dedicated to the god of the sun and war. The tower was divided at the top, so it seemed to be two towers, and so it had two chapels, each covered with a spire, and at the top, each had its different insignia or currency. In the main one was the statue of Huitzilopochtli, the founding father of this capital.”

Huitzilopochtli’s importance has several representations throughout Mexico’s history. The Aztecs did not use letters to write, using images instead of words. Their books were codices. The national flag of Mexico represents the foundation of Mexico-Tenochtitlan. (The Mexican coat of arms is incomplete by Aztec standards; it needs representations of men to reach its full symbolism.)

When Mexico-Tenochtitlan fell in 1521, the Spanish conquerors began calling the Mexicans “huchilobos.” The invaders sought to eradicate the indigenous culture and religion by associating it with demons. As a result, a myriad of information, temples, sculptures and codices disappeared in flames.

“We must understand that this is one of the most important events of Mexican history. It makes sense when you consider that, at the time, our ancestors were still polytheists. Now we understand the cultural significance that these spiritual roots have in present Mexico,” said Julio Cesar Ponce Gonzalez, who has a degree in Mexican history.

For a long time, Mexi’s life story was unknown. However, recent hieroglyphs’ translations have enabled researchers to find out more about the Aztec’s past. It is evident how the figure of Mexi was a constant. Even the coat of arms on Mexico’s flag — which depicts an eagle, perched in a nopal cactus and eating a snake — could only have happened due to his influence.

(Translated and edited by Mario Vazquez. Edited by Matthew B. Hall.)

«Previous Post
Discover the Güiro, a Musical Instrument Made from Fruit»Next Post
Small-Business Strategies for Fending Off Cyber Pirates