The suspect, who died from gunshot wounds, posted a message online saying “All I want for Christmas is another dead MPD officer.” 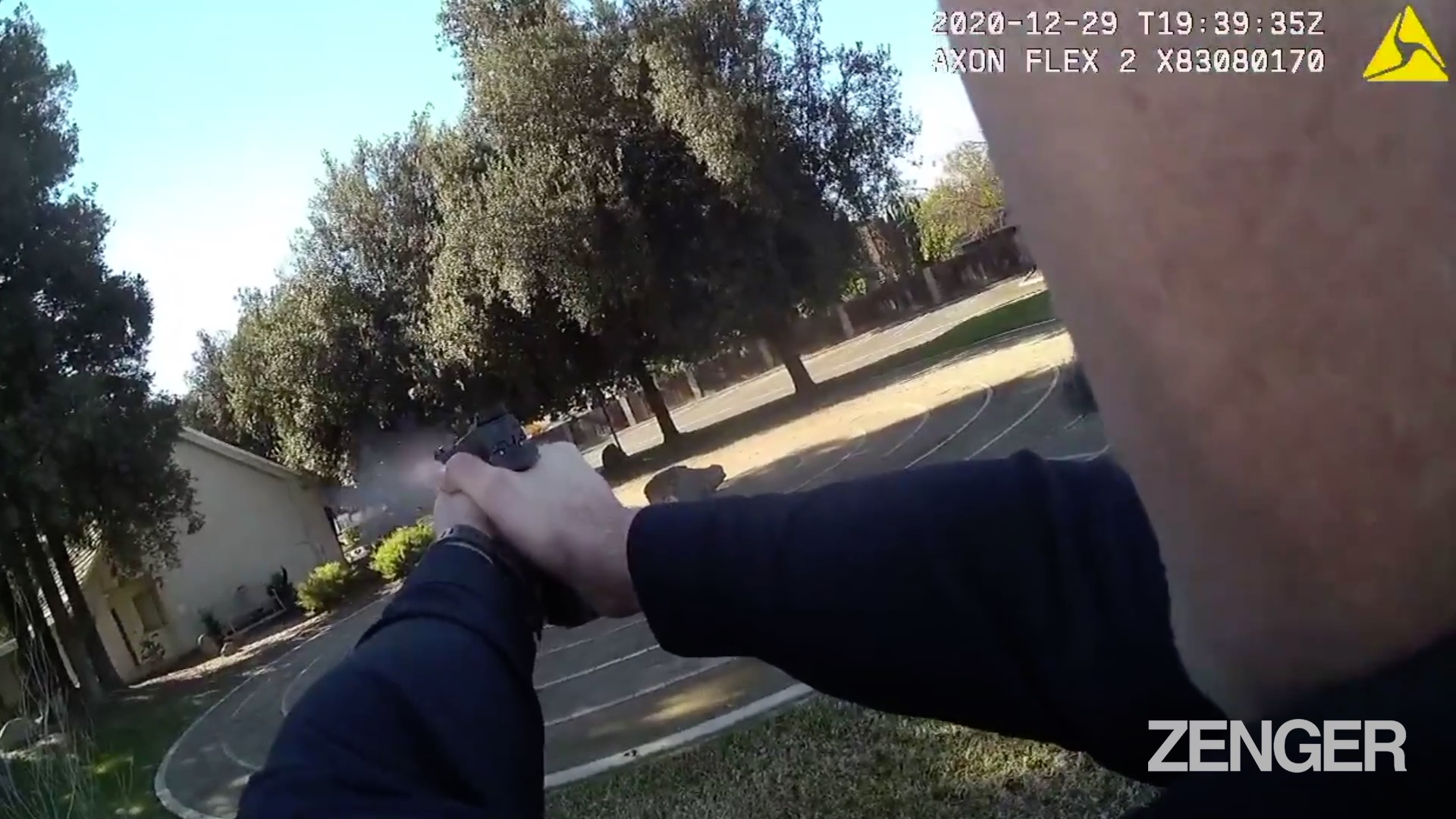 Officer Joseph Lamantia from the Modesto Police Department aiming at the suspect.(ModestoPoliceDept/Clipzilla)

MODESTO, Calif. — A  Modesto, California police officer shot dead a man who bought a gun and posted a message online reading “All I want for Christmas is another dead MPD [Modesto Police Department] officer.”

Modesto Police received an emergency 911 call from the family of Trevor Robert Seever, 29, and dispatched officer Joseph Lamantia to their home. Family members said Seever bought a gun the night before and threatened them while on his way home.

Video from Lamantia’s body-worn camera shows him firing two separate volleys of bullets at Seever after he finds him outside: once when Seever flees the officer’s order to get on the ground, and a second time as he is on his knees, appearing to surrender. Lamantia reloads his service weapon and shoots again when Seever appears to reach for something with his right hand and ignores an order to show both.

Investigators found two disturbing messages in Seever’s social media in December: “A dead cop is a good cop” and “All I want for Christmas is another dead MPD officer.”

Video footage from the Modesto Police Department shows Seever screaming after Lamantia shoots him. The officer calls for backup and an ambulance while holding Seever at gunpoint.

Seever died later at a nearby hospital. No firearms were found at the crime scene.

Whether the officer’s use of force in this incident was justified will be concluded after a department investigation, which is underway. 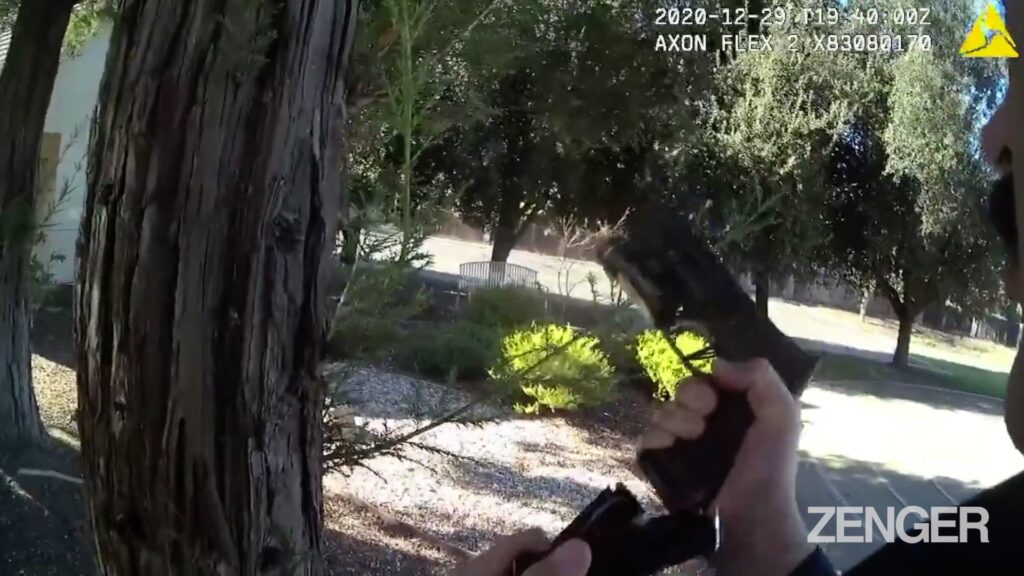 Officer Joseph Lamantia from the Modesto Police Department reloading his pistol (ModestoPoliceDept/Clipzilla)A research team led by Frank Edwards of the School of Criminal Justice at Rutgers University published a report, “Risk of being killed by police use of force in the US age, race/ethnicity, and sex,” in 2019. The study used data on police-involved deaths to estimate the risk of being killed by police in the United States.

A report from by the U.S. Department of Justice’s Bureau of Justice Statistics revealed that one out of 10 state and federal prisoners convicted of crimes involving a firearm said they got their weapons through retail shops, such as sporting goods store, pawn shops or gun shows.

“An estimated 287,400 prisoners had possessed a firearm during their offense,” the report said. “Among these, more than half (56%) had either stolen it, (6%) found it at the scene of the crime, (7%) obtained it off the street or from the underground market (43%). Most of the remainder (25%) had obtained it from a family member or friend, or as a gift. Seven percent had purchased it under their own name from a licensed firearm dealer.”

California has among the most comprehensive gun laws and regulations in the U.S. It is the only state with an ‘A’ rating from the Giffords Law Center to Prevent Gun Violence.

An earlier version of this article misstated the sequence of events that led to Mr. Seever’s death. Officer Lamantia fired twice at him, not once, including a second time when Seever was on his knees with at least one hand in the air. Zenger regrets this error.