The sergeant was shot multiple times by an armed robber, leaving him handicapped for life.
By Maja Mishevska January 14, 2021
Facebook
Twitter
Linkedin
Email 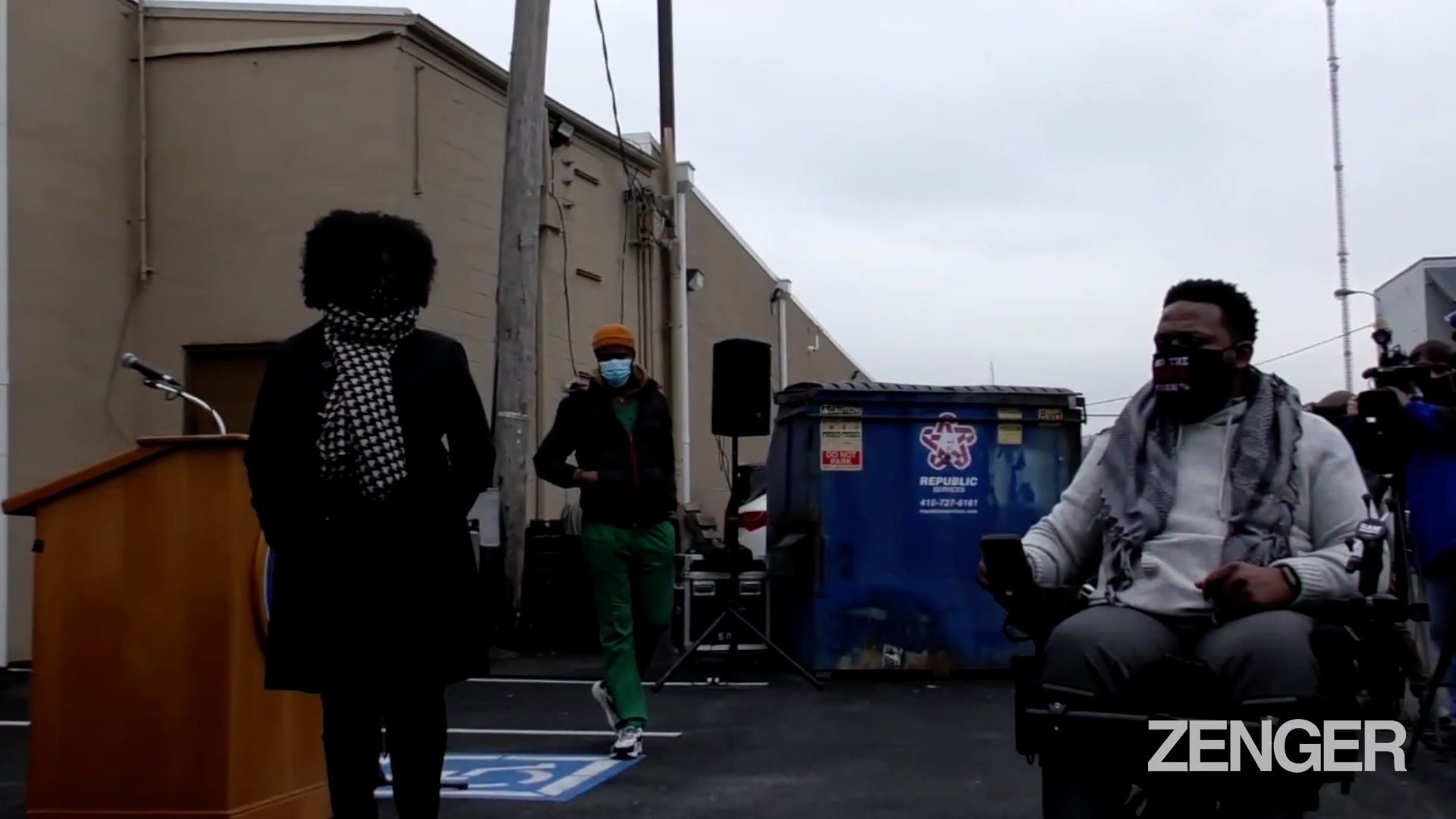 Baltimore, USA — For a Baltimore police sergeant, who was left handicapped in the line of duty in August 2019, the new year started on a promising note.

Local groups of the city of Baltimore, Maryland, joined hands to gift Sergeant Isaac Carrington (Ike) from the Baltimore Police Department a wheelchair accessible van to help him get around.

Expressing his gratitude to the organizations involved, he said, “This van will give me the opportunity to become independent again. It gives me some mobility. It will bring normalcy back into my life.”

Carrington was shot multiple times by an armed robber outside his home. The officer was rushed to the Shock Trauma Centre where he underwent surgeries. Since then, the officer has been wheelchair-bound.

According to an FBI report, an estimated 1,203,808 violent crimes occurred in the United States in 2019.

The Signal 13 Foundation, the Fraternal Order of Police (FOP) and the MileOne Autogroup came together to raise funds for the hero cop and held an event on Jan 5, to hand over the customized vehicle to him. The van was specifically built to suit Carrington and his needs. It is fully equipped with the technology that enables him to access and drive it independently.

“It is still a long road to recovery, but I appreciate everyone who was involved in this, everybody who has shown me support since this incident,” he said further.

“The sergeant was shot in the line of duty. At that moment, Ike and his family’s lives were changed forever,” said Sergeant Mike Mancuso, president, Fraternal Order of Police. “Ike is a very brave and positive person. Not once have I heard him say any words of negativity towards his current situation,” said Mancuso.

The Fraternal Order of Police is the world’s largest organization of sworn law enforcement officers, with more than 355,000 members.

“It was truly a team effort,” said Nancy Hinds, chief executive officer of the Signal 13 Foundation.

It was during a board meeting held in September last year, she said, that Steve Fader, a board member of Signal 13 and also the CEO of MileOne Autogroup and President of Wheels for Change, came to know about the fundraising efforts for Sergeant Carrington. “Transportation is transformational. Being able to do this for him is a great honor and privilege,” said Fader.

“Acts of kindness like this give us hope, remind us that even in tumultuous times there are people who value and care about our work and the sacrifices we make,” said Michael S Harrison, commissioner, Baltimore Police Department.

According to FBI’s Law Enforcement Officers Killed and Assaulted (LEOKA) report, 56,034 officers were assaulted while performing their duties in 2019, of them 17,188 sustained injuries, while 48 law enforcement officers died from injuries incurred in the line of duty during felonious incidents.

There are several provisions and programs for law enforcement officers in the U.S who are injured or killed in the line of duty.

The Public Safety Officers’ Benefits (PSOB) program provides cash benefits to federal, state, and local law enforcement officers; firefighters; employees of emergency management agencies; and members of emergency medical services agencies who are killed or permanently and totally disabled as the result of personal injuries sustained in the line of duty. While the Public Safety Officers’ Educational Assistance (PSOEA) Program provides higher-education assistance to the children and spouses of these public safety officers.