For Mixx, Studio ‘Collabs’ With Friends are More Precious than Gold or Platinum

Producer and studio engineer Mixx, aka Mixxproduction, has worked with some of the biggest names in the music industry.
By Percy Crawford January 14, 2021
Facebook
Twitter
Linkedin
Email 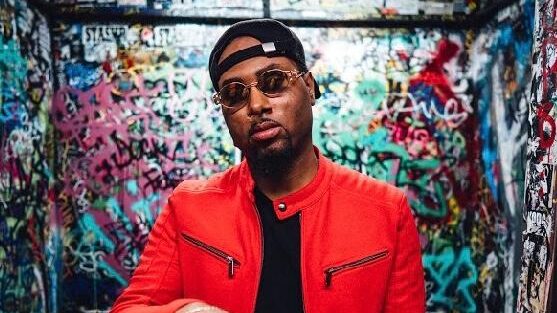 Music producer Mixx may not be a household name yet, but give him time. He has already shared recording studios with and produced for hip-hop giants like Kanye West, DJ Khaled, Drake and French Montana. The voices of R&B artists Teyana Taylor and The Weeknd flow over Mixx’s beats.  He has nine gold and six platinum plaques in his trophy case. He has five No. 1 Billboard Awards to his credit.

Born in Florida as Baruch Nembhard and raised in Jamaica, Mixx went back to Florida to live and now calls Los Angeles home. His beats reflect the upbeat Florida club scene sound, but he always mixes in Caribbean chords.

Blessed with undeniable talent, a unique sound and a loyal clientele, Mixx expects to create some musical magic in 2021. He and French Montana, rapidly becoming a dynamic duo, are wrapping an album.

With music constantly changing and evolving, Mixx keeps his ear to the street for the hot sounds. Zenger News caught up with the talented producer to discuss his success, his work and the chemistry he enjoys with certain artists.

Zenger News: How you doing, bro’?

Zenger: You have been on a hell of a run. Working with a lot of prominent artists. How are things coming along?

Mixx: Man, everything been a blessing, man. Just been working hard. Dedicated a lot of time to my career and it’s just paying off.

Zenger: Producing seems like an endless grind because the landscape of music is constantly changing.

Mixx: Most of the time it’s an endless grind. You’re grinding every day, but for sure you gotta take some time to yourself and have a little fun. Get some inspiration and then get back to it and put it in the music.

Mixx: I do my research and I do study other producers. Especially when I was coming up. It’s like learning to drive — you peep game, and then when you get comfortable, you try to do your own thing after that.

Zenger: You produce a lot of R&B and hip-hop. Do you gauge the temperature of what’s hot or which genre is missing hot beats and go from there? Is it a method which genre you are gravitating to at any given moment?

Mixx: It doesn’t really matter. I usually just hop in the studio … 80% of the time, I just hop in the studio and just start creating and whatever comes, comes. There are certain times where it’s crunch time and I’m working on an album. Say like if I’m working on a Teyana [Taylor] album, it’s crunch time, it’s like, “All right, I’m going to sit here for a few days and make a bunch of R&B joints and see what comes out of it.”

Zenger: What is your comfort zone? When you’re in your music bag, what is zone?

Mixx: Just a really good studio. With a good playback system. Sometimes it depends on my mood. I like some of my homies around me, or if we have a good energy in the room going up. And then sometimes I’m secluding in a chill moment where I’m just vibin’ by myself. It’s just really good spacing and good energy.

Zenger: Do you prefer getting the vocals and then creating a beat around that, or do you prefer to come up with a beat and then let them come behind you with the vocals?

Mixx: I like both ways sometimes. Sometimes I like to come up with a fresh idea from scratch and then seeing and hearing an artist hop on it and doing they thing, lacing a beat, is really a dope feeling. But there’s other times where I’m like, “Yo, all right, I have these vocals, and I could do the beat around it. Custom-make it for the vocals.” It just depends sometimes on the vibe.

Zenger: There are certain producer/artist combinations where that particular producer just fits that particular artist. You seem to be building that chemistry with French Montana, Polo G, and Teyana. What makes the chemistry so natural with those artists in particular?

Mixx: I really just think it’s chemistry, man. When you start working with someone, you build a chemistry with them. They start off being my client, then it becomes like a strong friendship, and the relationship builds. It makes it easier to just hop in the studio and create with each other, and just build off of good energy, vibe and history.

Zenger: You have been in the studio with some heavy hitters. Diddy always sticks out to me, and seeing you in the studio with him. Has there ever been a time where you were nervous or not as confident because of the presence that was in the room at the time?

Mixx: I have always had the confidence where I felt like I belonged, but for sure when I first started out, I had a few times, where I was younger, in my early years. First time hopping in the studio with legends, for sure you get a little nervous, but over the years it just became a comfort zone. It became easy, man.

Zenger: When you are around these legends, do you find yourself being a sponge and just soaking up as much game as possible, or do you ask a lot of questions and pick their brain?

Mixx: I’m definitely naturally a sponge a lot of times when I’m in the room with great acts. I do soak up a lot. I ask a few questions, but sometimes you just gotta listen, learn and play your part. Play the role until it’s your time to press play.

Zenger: You have an abundance of gold and platinum records. What do all the accolades mean to you?

Mixx: It means a lot to me. Looking back, it’s really a stamp for all the work I’ve been putting in. I remember one day I sat down, and I was like, “I’ve been doing this music for a while and I don’t have one plaque yet.” After I said that, they just started rolling in. If music were to be snatched away from me, I would just go in the studio and just keep going until they come back. That’s what I’m doing now. It’s not stopping me or have me thinking about retirement or nothing. I just want to keep going.

Zenger: Given that producers depend on a lot of collaborative methods of music making, did COVID stall some things you were working on or, at the very least, change the way you moved a little?

Mixx: For sure, when COVID first hit. For me personally, I kind of did press a pause button. When I saw the world stop, I kind of lost motivation to create. I had clients like Teyana and French hitting me up to keep going. But I did tell all of them, “Right now, I’m not doing anything.” And then probably like a month after it hit, I jumped back in the studio.

Zenger: Is there an artist that you’d like to work with, but haven’t had the opportunity yet, or do you work with who wants to work with you?

Zenger: You got into music at such a young age. The sound is ever evolving and changing. What do you think of the sound now and where it’s trending?

Mixx: Man, that’s crazy you said that because, when I first started music, it was like an outcast thing. The 1% of kids in school was out here doing music. People looked at them like, “You sure that’s what you want to do? You doing music?” It was just a few. Nowadays, it’s so many people doing music. It’s like everywhere you turn, every kid and their parents are doing music. It’s a good thing too, because the sound is changing so fast. I’m not mad at it. Every day you wake up it’s so much music out there. If you take a week break it’s like you missed out on so much. The sound changes so fast with rap and hop-hop. The bounce scene. DaBaby came out and he brought a whole new bounce to it. It makes it more challenging to create and be more creative when you’re in the studio and so many different sounds are coming out. It challenges you to do better.

Zenger: I was just about to say, I’m sure it keeps you on your toes.

Zenger: I have always felt like, for a producer to do a song with a rapper collabbing with an R&B artist, or vice versa, that’s a difficult concept, and we get that more and more.

Mixx: Mixing sounds together is definitely a thing, and I definitely find it more challenging, ya know. It’s cool to mix genres together and just coming up with new and creative ideas. I think that makes the best producers and artists of our generation. One that mixed the sound that nobody else did or came up with a sound and created a sound that nobody else did. I think that’s how you leave your stamp on the music industry.

Zenger: I’m sure people send you music all the time, and not in a negative way, but I’m sure you simply just can’t entertain everyone that sends you something to listen to. How do you decipher what you can and can’t entertain?

Mixx: That’s a good question. You know that saying where they say “Go with the wind”? It’s really just what God has planned. I definitely can’t help everyone. I’ll sit down in the studio with that one artist, whether it’s one of my friends or a new up-and-coming artist — if we make it that far into sitting in the studio together, that was meant to be. I usually go about it that away. A lot of people do hit me up. I definitely can’t get at all of ’em, but when I do, it’s already written, man. I just go with the feeling.

Zenger: Continued success, brother, I’m looking forward to some great music from you in 2021. Is there anything we can be on the lookout for?

Mixx: This year … we are almost done with the new French Montana album. I got some new stuff coming out with Chris [Brown]. I’m working on a lot of up-and-coming artists projects. I started to feel the vibe to work on new acts. It’s definitely a lot of people coming out, and I want to be a part of the new generation also. I got plans to start a record label this year. Follow me on the Gram at Mixxproduction and stay connected.