VIDEO: Avalanche hit mountaineers, buries one up to the shoulders

One of the climbers posted a video on social media as a caution for others.
By Juan Fernandez January 13, 2021
Facebook
Twitter
Linkedin
Email 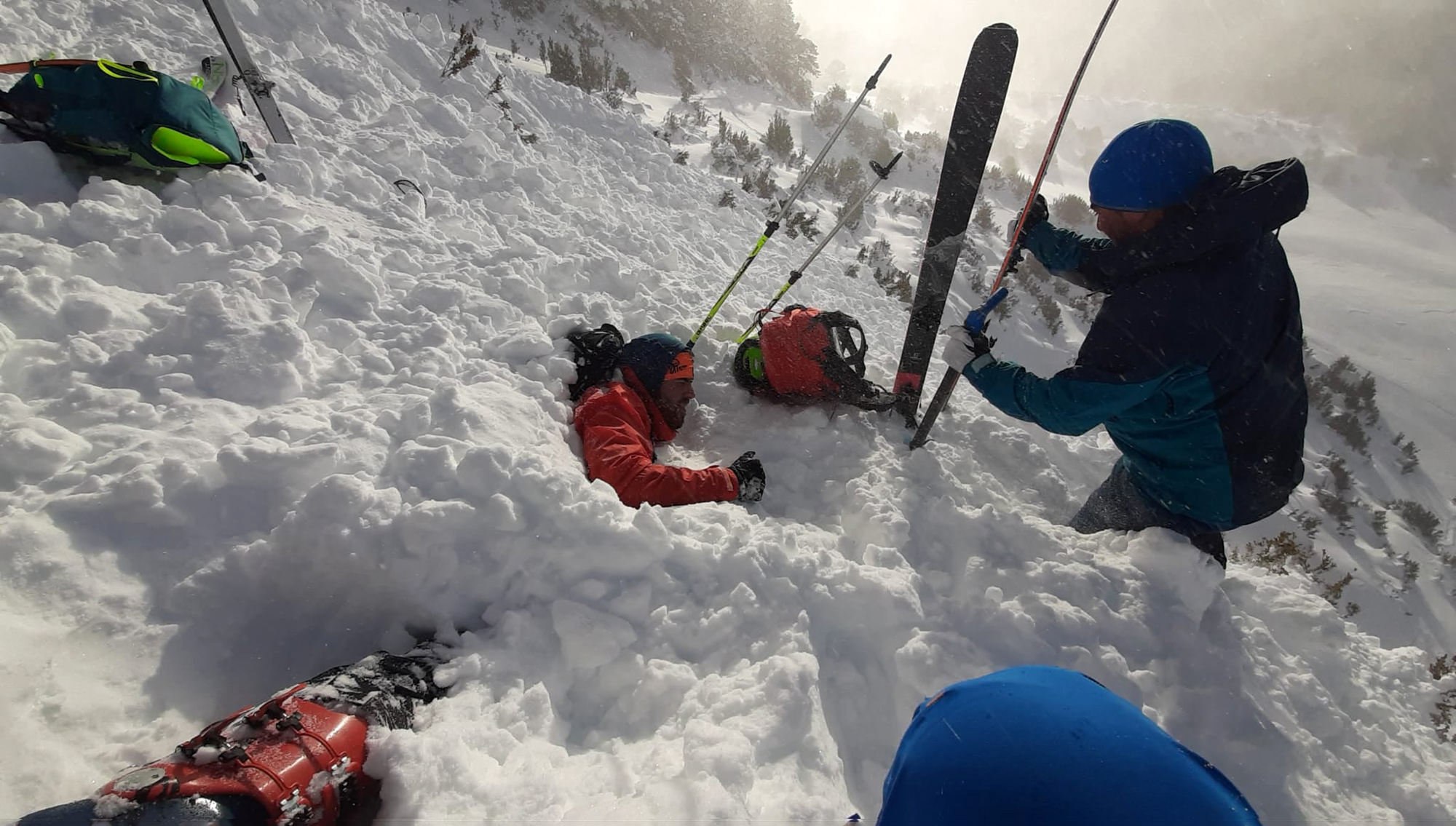 Helping the skier under the snow. (Adriano Pincho/Newsflash)

Aragon, Spain — In a shocking incident, an avalanche hit a group of four mountaineers on Collarada mountain, located in the Spanish Pyrenees in the autonomous community of Aragon, on January 2.

The avalanche left one of the four mountaineers buried in the snow up to his shoulders.

“It is very difficult to post about an incident that happens to you for not paying the necessary attention and having too much confidence, but considering everything with the care it can be avoided by people in similar situations,” said Adriano Martin, one of the climbers.

Martin posted the footage on social media hoping their mistakes could serve as a lesson to other climbers or skiers.

“It should not be put away in a box of memories because it will be lost and lessons will not be learned,” he said.

The video shows the mountaineers climbing up the snow-covered mountain when a mass of snow breaks off after one of the climbers crosses it, causing the avalanche.

The person filming the video was apparently knocked to the ground by the snow before the video cuts to show the climbers rescuing one of their friends who had been entombed in the snow up to his shoulders.

The mistakes, Martin noted, were in not confirming they had all the necessary gear, including an avalanche victim detector or snow shovels.

Another was the fact that the leadership of the group was shared as they are all experts on winter mountains.

He also said there was a lack of communication as all the friends at one point or another thought about heading back after seeing potential signs indicating an avalanche, but nobody said anything.

Fortunately, they managed to escape the scary moment with no injuries and eventually made their way back down the mountain.

Martin reminded people to always be careful and never forget to STOP (stop, think, observe and plan), especially in the coming days as it is predicted there will be more snow in different parts of Spain.

In Europe alone, avalanches claim an average 100 lives every year followed by the US with 27 deaths, says a report by European Avalanche Warning Service (EAWS).

In April 2019, three expert mountaineers were killed by an avalanche while attempting to climb the east face of Howse Peak, the highest mountain in the Waputik Mountains, a sub-range of the Canadian Rockies, said the media reports.

Though Martin and his friends were lucky to escape, past incidences show that avalanches could be deadly for mountaineers and skiers. According to media reports, two Spanish skiers were killed in an avalanche in southwestern France in 2018.

«Previous Post
Freeze! Snow Way Are You Getting Away on That»Next Post
Medics in Tears After Infant Wins Battle Against Covid-19