Moo-ving On: Cow Escapes Slaughterhouse, Gets Gift of Life 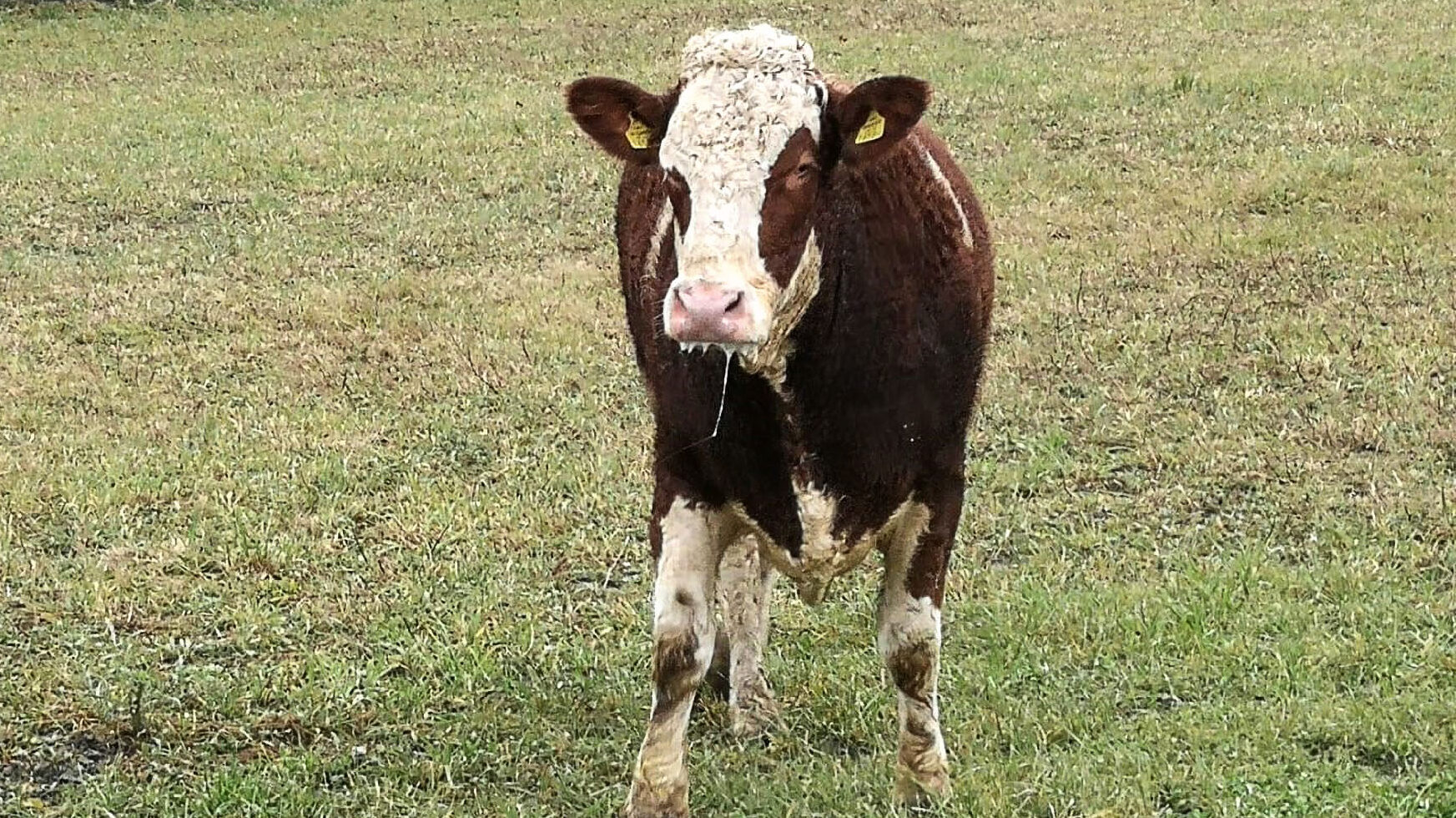 Salzburg, Austria — A young cow that fled from a slaughterhouse will get to spend the rest of her days on an animal farm project in Germany and live a peaceful life with her herd.

The incident took place on Dec 24, when a woman saw a cow escaping from the slaughterhouse and venturing out in the open. In an effort to give a new life to Lieni, she called the animal charity Gut Aiderbichl — an Alpine Farm on the outskirts of the Austrian city of Salzburg — and informed them about her presence.

Despite it being Christmas Eve, the charity sent their team to locate the terrified animal, win its trust and rescue it.

The team tracked down the owner of the animal and offered to pay him the compensation for the meat that he would lose. After he agreed, they took the cow to the farm where she would spend the rest of her days living in an Alpine pasture and sheltered in traditional wooden barns during the winter.

“We turned up just in time. The farmer who owned the escaped cow had already started looking for her to bring her back to the slaughterhouse, and we were lucky to be able to secure her as a new resident,” said Dieter Ehrengruber, spokesperson of the animal charity.

The project was set up by a German millionaire businessman Michael Aufhauser who decided he wanted to do something to help animals and purchase the sporting property on the outskirts of Salzburg to turn it into a paradise for animals.

Unlike Gut Aiderbichl project, the animal meat industry has been very harsh on animals where they are ill-treated and pushed into slaughterhouses. PETA has raised serious concerns about the industry but to limited avail.

Recently, the animals’ rights organization shared a video on their Twitter handle where cows were stunned (read shot) in the head before they are hung upside down and slaughtered for meat. “One cow was fully conscious as she was left to hang upside down bleeding from her head,” read their tweet.

As per a report published in Germany, the slaughter of animals from 1993 to 2019 has gone down a few notches. Earlier, where five million animals were slaughtered every year in 1993, the number is down to 3.39 million in 2019. Animals are also imported to slaughter with figures reaching 37.65 thousand in the last calendar year.

The dairy industry is known to treat animals as harshly. Due to the enormous volume of milk requirement, dairy cows have to go under uncomfortable and stressful conditions to meet even the basic needs.

It was indeed a Christmas miracle that Lieni was rescued from the clutches of her predicament, into greener pastures.

«Previous Post
How Mexico Got Sweet on Churros»Next Post
Freeze! Snow Way Are You Getting Away on That