How Mexico Got Sweet on Churros

The tasty snack's origins are half a world away.
By Carlos Ramírez and Vanessa Sam January 13, 2021
Facebook
Twitter
Linkedin
Email 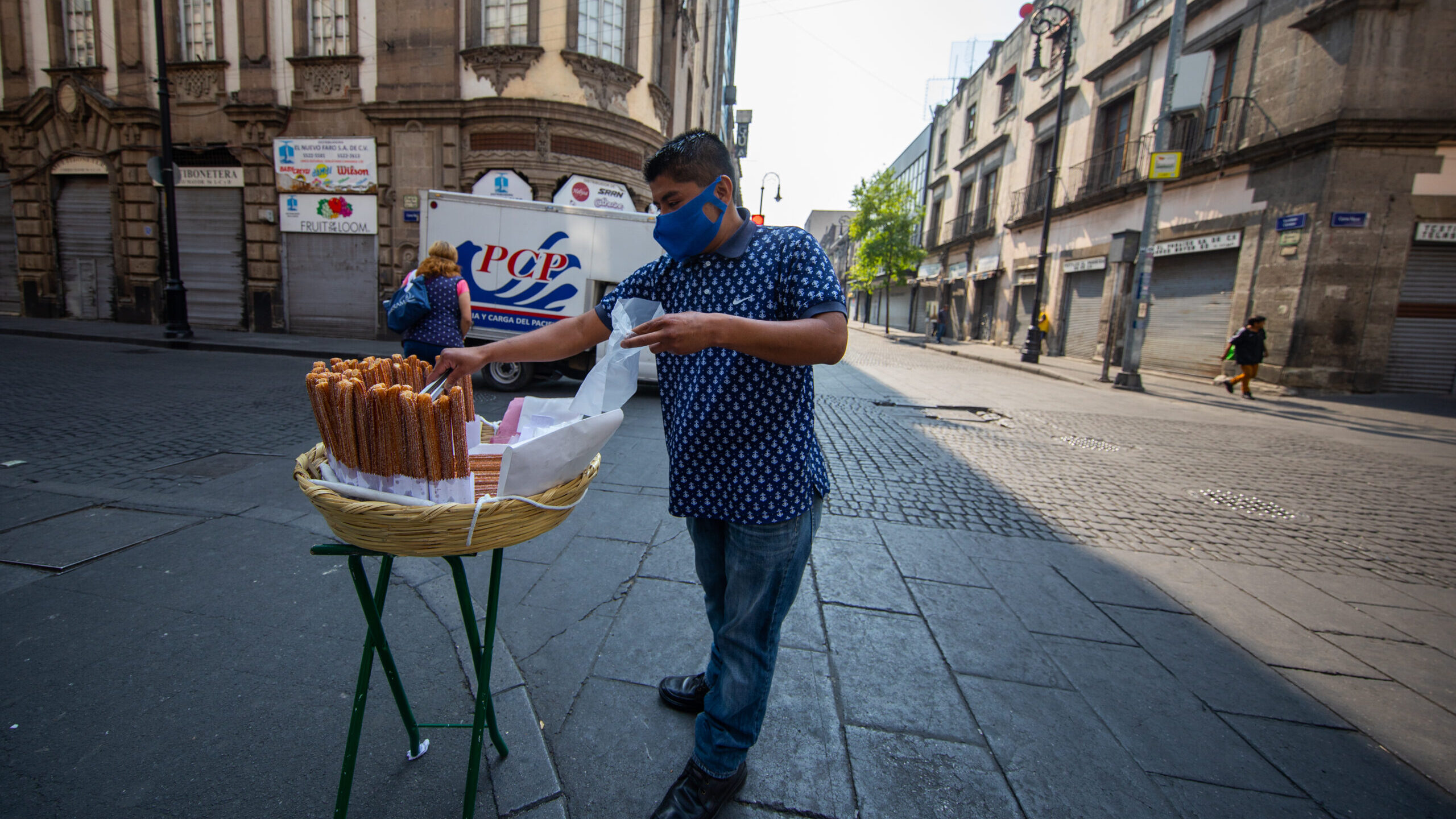 In Mexico, churros are traditionally eaten at dinner accompanied by a cup of foamy hot chocolate. Mexicans can buy churros at traffic lights in the main avenues, amusement parks, cafés, or specialized stores.

Churros are so prominent that some families make a living out of selling them. “We are a family that makes churros and sells them on the street. We are doing very well. It is a noble snack that helps us cover the family expenses,” said González Acosta.

Churros are a mixture of flour, water, oil, sugar, and salt. Authentic churros are elongated, curved, and sprinkled with sugar.

Churros are very similar to youtiao, Chinese fried bread. Youtiao is a savory treat, served in pairs, that the Chinese have for breakfast accompanied by rice or soy milk.

Churros are also not very different from buñuelos, fritters found in Cato the Elder’s treaty De Agri Cultura, dated about 160 B.C. And 20th century Chicago poet J. W. Rivers wrote that fritters and churros are like first cousins. The batter of both consist of flour and water.

Buñuelos are Arabic. They became popular in Spain after 800 years of Arabic domain. Spaniards sold buñuelos and churros in chocolate shops. Opened in 1894, San Ginés chocolate shop in Madrid offered both snacks to spectators leaving the theater after the plays.

An iconic place to nab churros in Mexico City is El Moro. The churreria’s tradition goes back to 1933, when Francisco Iriarte, a Spanish émigré, began selling these snacks in a food truck. He called the truck El Moro, honoring a churro vendor in Baztán, his homeland, according to El Moro’s website.

However, churro trucks are still prevalent in Mexico. “I have been selling churros for two years. I go out with my cart and offer them street by street. Many people get them as part of a whim, but others buy them for dinner. Churros are a practical option at a low price,” said González Acosta.

An entire family can have churros for less than 100 pesos (roughly $5). “I sell the bag with three big churros for 10 pesos (about 50 cents),” he said. “Other places sell six churros for 35 pesos (about $1.75). The price varies depending on where they are made.”

It’s still traditional to accompany churros with hot chocolate. But some also enjoy them with coffee or other drinks.