The No. 3 House Republican says she will back a fast new impeachment of Trump; Senate Democrats can take their time with a trial.
By Erik Sherman January 13, 2021
Facebook
Twitter
Linkedin
Email 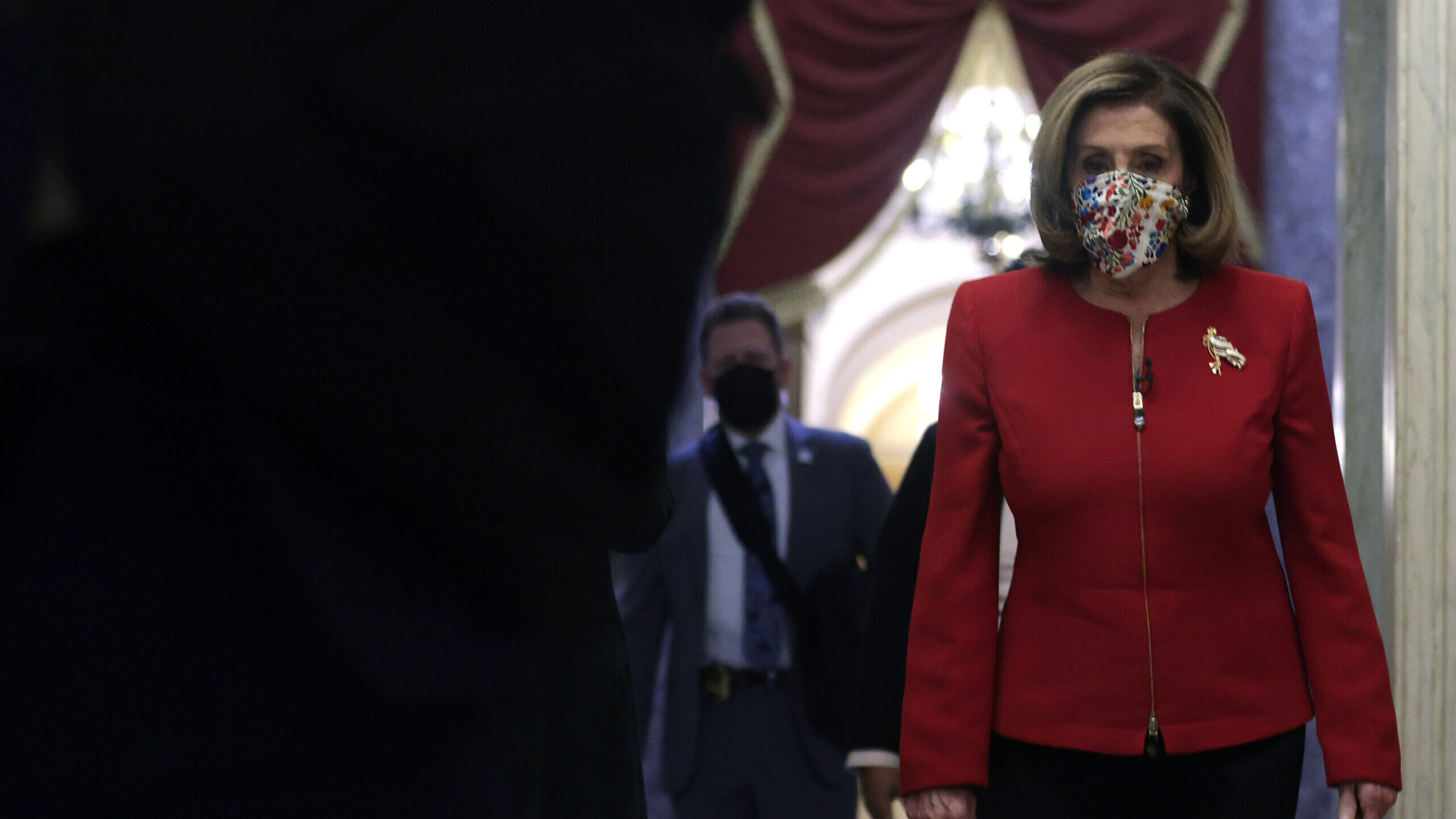 House Speaker Nancy P. Pelosi will lead her caucus on Wednesday to deliver President Donald J. Trump something no other president has received: a second impeachment, on a charge of “incitement of insurrection.” Only two other presidents, Andrew Johnson and Bill Clinton, were handed even one.

A second precedent-setting moment awaits, a Senate trial coming weeks if not months later — long after the presidency passes from Trump to President-elect Joseph R. Biden Jr. on Jan. 20.

For Democrats, it’s a way to focus immediately on a Biden agenda while hampering the GOP’s pro-Trump wing in the future. The point? Imposing the only possible penalty the Constitution allows other than removal: a permanent bar from holding federal public office again.

Even some Republicans who have publicly supported Trump may welcome the approach, whether tiring of the president’s supporters or wishing to run for re-election without Trump’s presence looming large in 2022 and 2024.

The Jan. 6 attack on the Capitol building and Congress shook everyone.

Although most House Republicans have been expected to vote against impeachment, Cheney released a statement Tuesday evening saying that she would vote yes. The statement said the a Trump-fueled “insurrection caused injury, death and destruction in the most sacred space in our Republic.”

Pelosi’s office said Jan. 8 that if Trump remained in office — neither resigning nor being removed by Vice President Michael R. Pence and Trump’s Cabinet through the U.S. Constitution’s 25th Amendment — then she would tell the House Rules Committee to prepare “a motion for impeachment.”

A united Democratic caucus could impeach Trump a second time under a compressed schedule, even without any Republican support.

“It’s happening quite quickly, quite expeditiously,” said Amy Fried, a professor of political science and department chair at the University of Maine. “It’s not going with a lot of evidence gathering. If you’re hustled out of a proceeding and forced to hide for a while and things are broken and you don’t feel safe, it adds a degree of urgency.”

Moving to the Senate

Impeachment passing in the House is a virtual given. The Senate, which would have to convict the president to remove him, is another matter.

Under the U.S. Constitution, it takes a two-thirds vote, or 67 senators, to win a conviction in an impeachment trial. There are no time limits on when the Senate can proceed. Democrats will control the chamber, and the calendar, beginning on Jan. 20.

“The Senate has absolute discretion over the rules of the trial,” said University of California-Irvine professor of political science and law Charles Smith. Once 67 votes are reached for conviction, a second majority vote can — and did in a 1913 judicial impeachment case — impose a lifetime ban on holding office.

“It’s definitely unlikely,” said David Priess, author of “How to Get Rid of a President,” a history of how presidents leave office, and Chief Operating Officer of the Lawfare Institute. “On the other hand, momentum is a funny thing. In some ways, there may be some momentum building and senators will have a harder time than the impeachment a year ago to acquit.”

Part of the concern is a matter of principle, according to Melissa Michelson, a professor of political science at Menlo College in California. “This impeachment is about a president whose words and actions threaten democracy and members of congress and maybe the vice president,” she said.

But both parties are also driven by a desire to hamper Trump and depress the enthusiasm of his millions of supporters going forward.

Many Republicans in office are “concerned about their base and unfortunately there’s a base base,” said John Vile, professor of political science and dean of the University Honors College at Middle Tennessee State University. “[Trump] appealed to the lowest common denominator.”

Polls show the public is souring on the 45th president. A Jan. 11 Quinnipiac University survey reported Trump’s job approval rating at 33%. That’s down sharply from 44% in December 2020. A slight majority, 52%, thought he should be removed from office.

Republicans have generally shown outward support of Trump, but at this point many “are thrilled he’s leaving town soon and would prefer he never come back,” Smith said.

“As neutral observers, we can see what they’re trying to do,” Michelson said. “They’re trying to minimize the damage to their own reputations and political future. But it’s fairly obvious that, of course, we should have known.”

Senators may feel they have to take strong action to redeem their reputations.

“People like [Texas Republican Senator] Ted Cruz are being very politically strategic,” said Michelson. “It’s probably in his best interest, if he can do it without losing the support of the Trumpies, for Trump not to be eligible to run again.”

“If you’re somebody like Rick Scott, the senator from Florida, you very much do not want Trump to run in four years,” Smith said. “The same with Josh Hawley [of Missouri]. The same with Ted Cruz. If you could persuade the Mitt Romneys and Lisa Murkowskis of the world to vote for conviction, you could complain about it.”

Senators angling for the future could then boycott the proceedings. But no one knows what the ultimate outcome will be.

“Anybody who gives a prediction at this point is deluding themselves,” Priess said.