Zaraza Vargas survived the arrival of transnational companies, thanks to its consumers’ devotion. 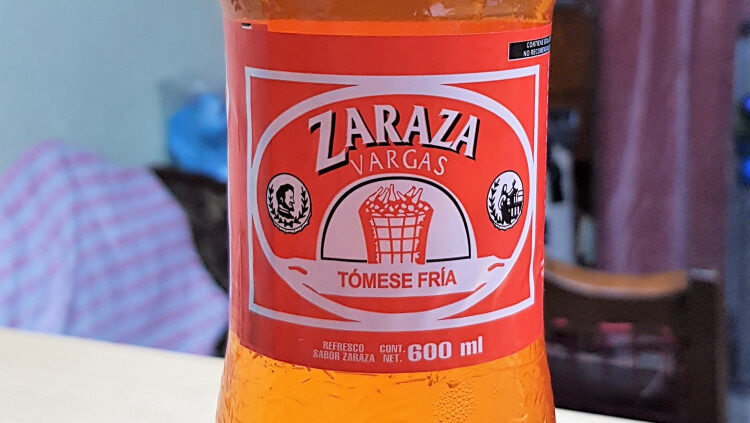 One should not visit the Mexican state of Veracruz without trying a local soft drink, Zaraza Vargas.

The beverage has a distinctive flavor and tastes much better when it’s cold. At first, it tastes like peach, but it leaves a mild chocolate aftertaste.

Zaraza Vargas’s life spans several decades. Located on Allende Avenue, in front of Veracruz’s former prison, G. Vargas and Compañía Sucesores bottling company began selling the drink in 1965. At first, Zaraza’s only presentation was in glass bottles with a distinctive pattern. The packaging was expensive for the bottler. So, production was done on a small scale during the drink’s early years, reaching only stores and restaurants in Veracruz, Boca del Río, Alvarado and Cardel.

“In the 1970s and early 1980s, it was already a well-known soft drink among Veracruz’s port city’s families. It was the most sought-after at parties,” said Ricardo Cañas Montalvo, a chronicler from Veracruz.

Strong marketing from Coca-Cola, Pepsi and other major brands practically drove Zaraza Vargas to disappearance in the 1980s. However, “Thanks to its consumers’ loyalty, it continues to exist,” said Cañas Montalvo.

But staying around was not easy. With outdated machinery, pressing unions and insufficient financial resources, Zaraza’s production stopped in the 1990s. Julián García Carrera, a businessman from the nearby Córdoba, acquired Zaraza Vargas in 1992. He was the owner of Jarochito, another brand of soft drinks in Veracruz.

Zaraza moved its factory to Córdoba and hit the market again in 1993. Over time, some flavorings in Zaraza’s mix disappeared from the market. So, its flavor underwent an adjustment. Despite the tweak, the soda once again became a favorite in stores of Veracruz, Puebla and Oaxaca.

“In La Parroquia [a traditional cafeteria in Veracruz,] it is customary to have a cold Zaraza, especially when the weather is warm, accompanying some tirados [scrambled eggs with black beans,]” said Cañas Montalvo. “People from southern Veracruz traditionally combine Zaraza with beer; to each their own. We, Veracruz’s people, must give our support for this soft drink not to disappear.”