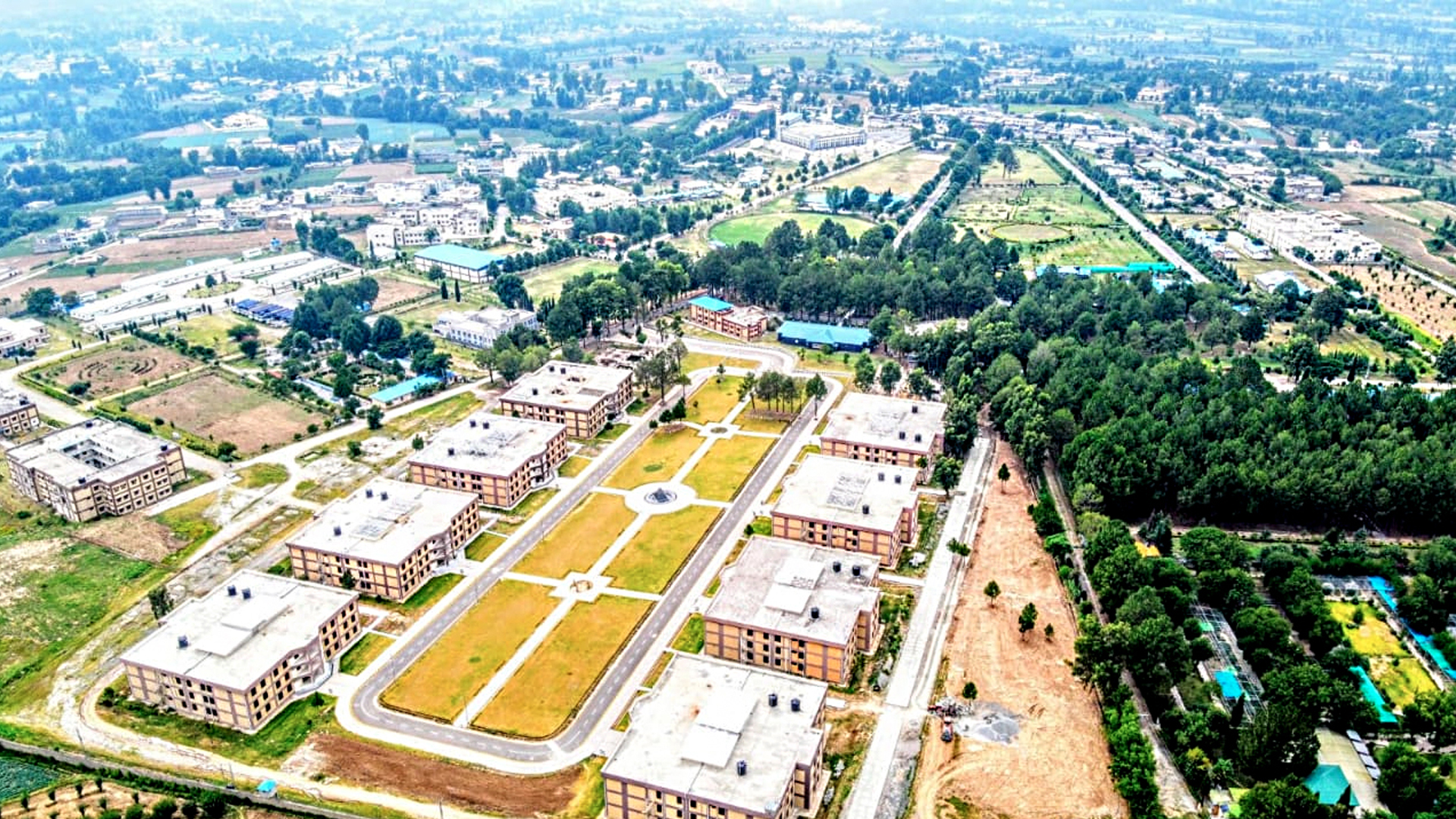 PESHAWAR, Pakistan — A strict dress code that bans jeans, T-shirts and heavy makeup for women and long hair, earrings and tight jeans for men at a public university in the Khyber Pass area of Pakistan is drawing strong criticism from students and women’s rights activists.

The academic council of Hazara University in the conservative city of Mansehra, 140 miles from Peshawar, last week issued a dress code for students and faculty. The university, established in 2001, has more than 10,000 students and 400 faculty members.

Female students are banned from wearing tights, jeans and T-shirts, sleeveless shirts and short shirts with jeans or tights, as well as heavy makeup and jewelry, and carrying heavy handbags. The notification also has guidelines on the color of dupattas and abayas to be worn.

Dupatta is a length of cloth worn arranged in folds over the chest and thrown back around the shoulders, mostly with salwar kameez, by South Asian women. Abaya is a loose over-garment, essentially a robe-like dress.

A number of female students at Hazara University declined to speak to Zenger News fearing reprisal from the administration.

The dress code bars men from wearing torn and tight-fitting jeans, earrings, and chains. It forbids men from having long hair, pony tails and unpresentable beards. 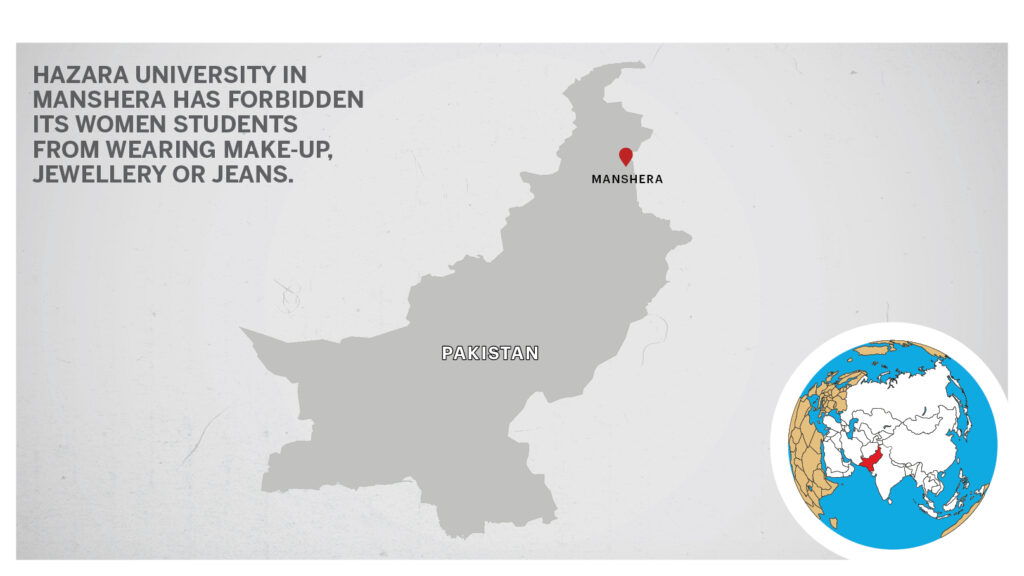 Faculty members have been asked to wear black gowns during lectures and to not wear earrings and chappals (slippers), among other things.

“The dress code was decided in the meeting following the directives of Gov. Khyber Pakhtunkhwa Shah Farman, who is also the chancellor of the university,” he said. “The dress code is to end the class difference among students.”

He said that the new dress code would bring harmony and create a “decent environment.”

Iman Khalid, 20, a student at a private university in Islamabad, said educational institutions in Pakistan have misplaced priorities.

“While other universities in the world are competing for top ranks, ours are busy notifying dress codes,” she said. “Hazara University should be focusing on bringing its curriculum to international standards instead of wasting time on petty issues.”

Aiman Naqvi, a student at Peshawar University, termed the dress code an “extreme form of conservatism.”

“I know how to remain decent and so do other students who go to universities all over Pakistan,” she said. “Dress code does not and cannot bring decency. If girls are wearing jeans to the university, Hazara University should show one girl wearing a tank top over it.”

This is not the first time that Pakistan’s educational institutions have issued dress codes for students.

The education officer of the Haripur, Khyber Pakhtunkhwa, 58 miles from Islamabad, made it mandatory for students of schools and colleges to wear chador (a full-length cloak and head covering) or abaya (a robe-like dress) in 2016.

Such notifications are not restricted to conservative Khyber Pakhtunkhwa.

The private Foundation for Advancement of Science and Technology National University (FAST-NU) issued a dress code in 2017 similar to that of Hazara University The FAST-NU administration said women could not wear Western-style dresses in university. They forbid women from wearing tight/fitted jeans, trousers and sleeveless shirts/kameez. Female students were also prohibited from wearing short shirts, and from putting on makeup or jewelry in the university.

Such notifications from educational institutions in Pakistan judge the character of girls by the way they dress, said Farzana Bari, a women’s rights activist.

“Are we living in the government of the Taliban that such notifications are being issued?” she said. “On one hand. Hazara University is banning wearing tights and jeans, and on the other students from Lahore are being booked for dancing to music as spreading vulgarity.”

On Jan. 6, the owner of a hotel and students from Lahore University of Management Sciences were booked by police in Malam Jabba, a ski resort in Swat, Khyber Pakhtunkhwa. Arrests were made after a video surfaced of students dancing on the roof of the hotel. The police booked the owner of the Frontier Tower Hotel and LUMS students for violation of Covid-19 guidelines and “spreading vulgarity.”

Gender segregation is already in place in Hazara University. Women and men are not allowed to sit together within university premises, Bari said.

“These institutions should be focusing on the grooming of students to deal with emerging challenges,” she said. “The academic councils and administrations should be brainstorming on how to tackle the increasing number of harassment cases.”