Ricky Martin to receive international honor for his work in fighting human trafficking and other causes. 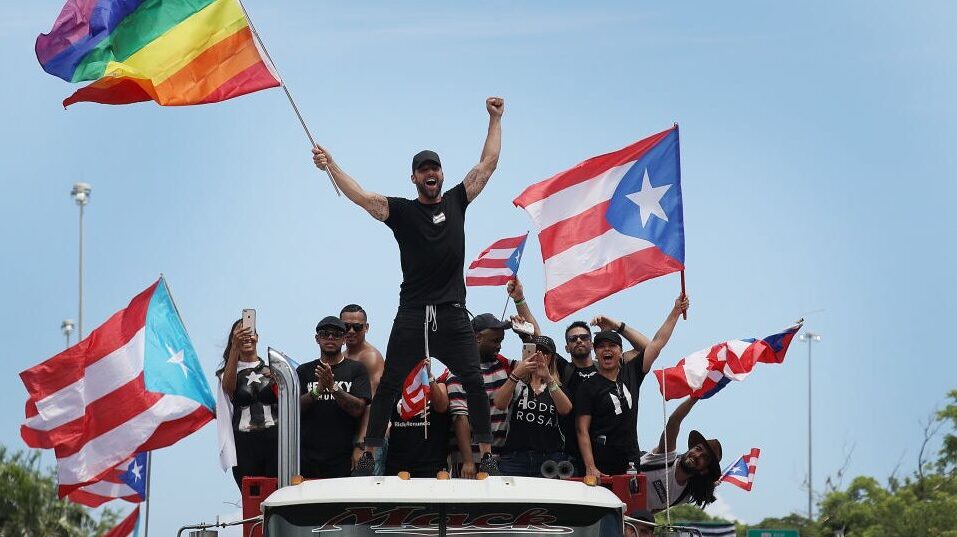 Singer Ricky Martin waves a flag as he joins with thousands of other people as they fill the Expreso Las Américas highway calling for the ouster of Gov. Ricardo A. Rosselló on July 22, 2019 in San Juan, Puerto Rico. The protesters are calling on Gov. Rosselló to step down after a group chat was exposed that included misogynistic and homophobic comments. (Photo by Joe Raedle/Getty Images)

Throughout his star-studded career, Ricky Martin has been a human-rights advocate using his fame to battle child abuse in a variety of forms.

The two-time Grammy Award-winning and four-time Latin Grammy Award-winning artist will be recognized for his humanitarian efforts on Jan. 17 during the inaugural International Peace Honors (IPC), presented by PeaceTech Lab. IPC celebrates outstanding global leaders and agents of change who ultimately want to build a fair and peaceful world.

“In addition to his artistic contributions, Ricky Martin has made notable strides in the social impact space,” said Sheldon Himelfarb, president and CEO of PeaceTech Lab. “He leverages his social networks to advocate for minority rights and promote civic engagement. Through his foundation, he works to end human trafficking, especially of children; in 2020, he galvanized support for frontline workers across the world. His contributions are invaluable, and it is a privilege for us to be able to recognize him during our International Peace Honors.”

Martin is the founder and president of the Ricky Martin Foundation, which fights against human trafficking, protects children, vulnerable communities and defends human rights. The foundation helps children around the world in areas such as education, health, and social justice. It has also helped provide personal protective equipment during the COVID-19 pandemic to more than 50 hospitals in Puerto Rico, the Dominican Republic and the United States.

Martin is a versatile talent with singing, songwriting, acting, writing and performing credits under his belt, but his philanthropy has made him a true champion. In recognition of such efforts, he has also received the Peace Summit Award, the National Visibility Award from the Human Rights Campaign and is a longtime UNICEF Ambassador.

Other honorees at the IPC event will include Opal Tometi, co-founder of Black Lives Matter, and Dr. Anthony Fauci, director of the National Institute of Allergies and Infectious Diseases — both on TIME’S 2020 list of the 100 most influential people.

To register to watch the event for free, visit:  internationalpeacehonors.org

(Edited by Gabriela Olmos and Matthew B. Hall)