How Dubai Temporarily Became a Fairytale Wedding Destination for Israelis

The UAE’s decision to allow large events made it a top place for Israelis to say, ‘I do’ — until travel rules tightened. 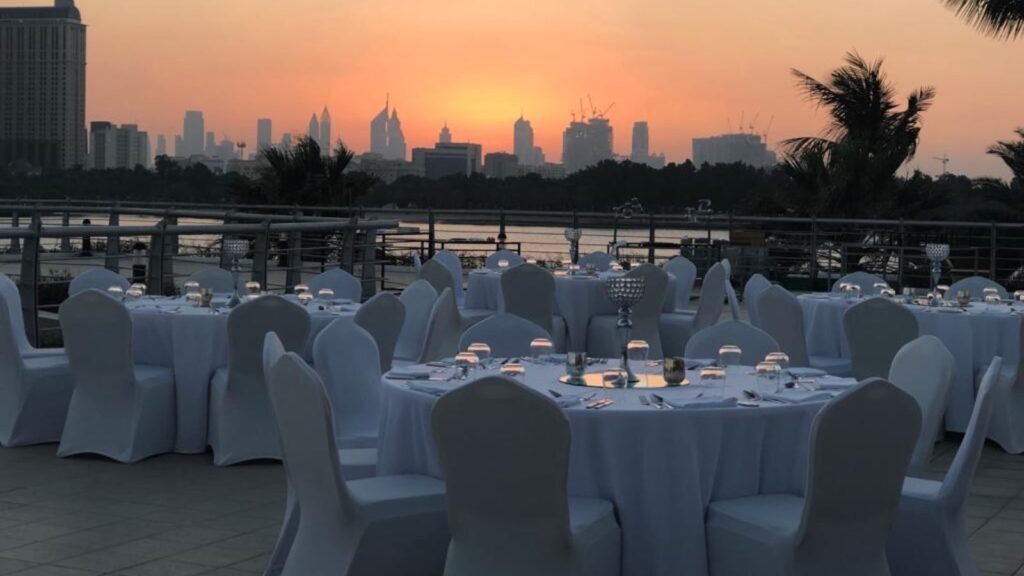 Getting married in Dubai is not cheap, and includes jetting over family and friends. (Photo by Talya Fine)

After the accords were signed in August, Israelis were granted access to the country, and Dubai went on to host several ultra-Orthodox Jewish weddings each week. Despite the global coronavirus pandemic, the UAE was until very recently accepting foreign visitors and allowing larger social gatherings than permitted in Israel, Europe or the United States. Plus, Israelis weren’t required to quarantine upon return.

“Once Jewish Israeli people started to arrive in Dubai, they realized there was an option of putting together a number of people because you’re allowed to come to Dubai from all over the world,” Avi Fine Chen, who heads travel company Gaya Tours, said. “From there to doing an event, to doing a wedding — it was a short way.”

Fine Chen organized the first ultra-Orthodox Jewish wedding in Dubai between an Israeli bride and a Moroccan groom about a month ago. Until the new COVID regulations were implemented requiring Israelis returning from Dubai to quarantine, he was busy helping couples get married in the Gulf state.

“We’re talking about young couples, Israeli or sometimes mixed couples where one of them is not from Israel, just looking for a place to bring together their families,” he said of his clientele.

Getting hitched in Dubai, however, is an expensive endeavor, he noted. Not only is the UAE an expensive destination, but getting married there involves extra costs.

“It is much more expensive than doing it in Israel,” Fine Chen said. “Besides paying for the wedding and the flowers and photographers, you have to pay for hotels and flights.”

And that can also include the flights and hotels for the florists and photographers themselves, as some couples choose to bring their vendors with them while others opt to use local suppliers.

Once the global pandemic is over, Fine Chen predicts that Dubai will again become one of many international wedding destinations eyed by Israelis.

“It’s a great place. It’s great weather. It’s a very welcoming country — it’s one of the most welcoming places in the world I’ve seen,” he said. “After corona, Israeli people who until now would look for a location to marry — Dubai will be one of the options.”

The post How Dubai Temporarily Became a Fairytale Wedding Destination for Israelis appeared first on ISRAEL21c.