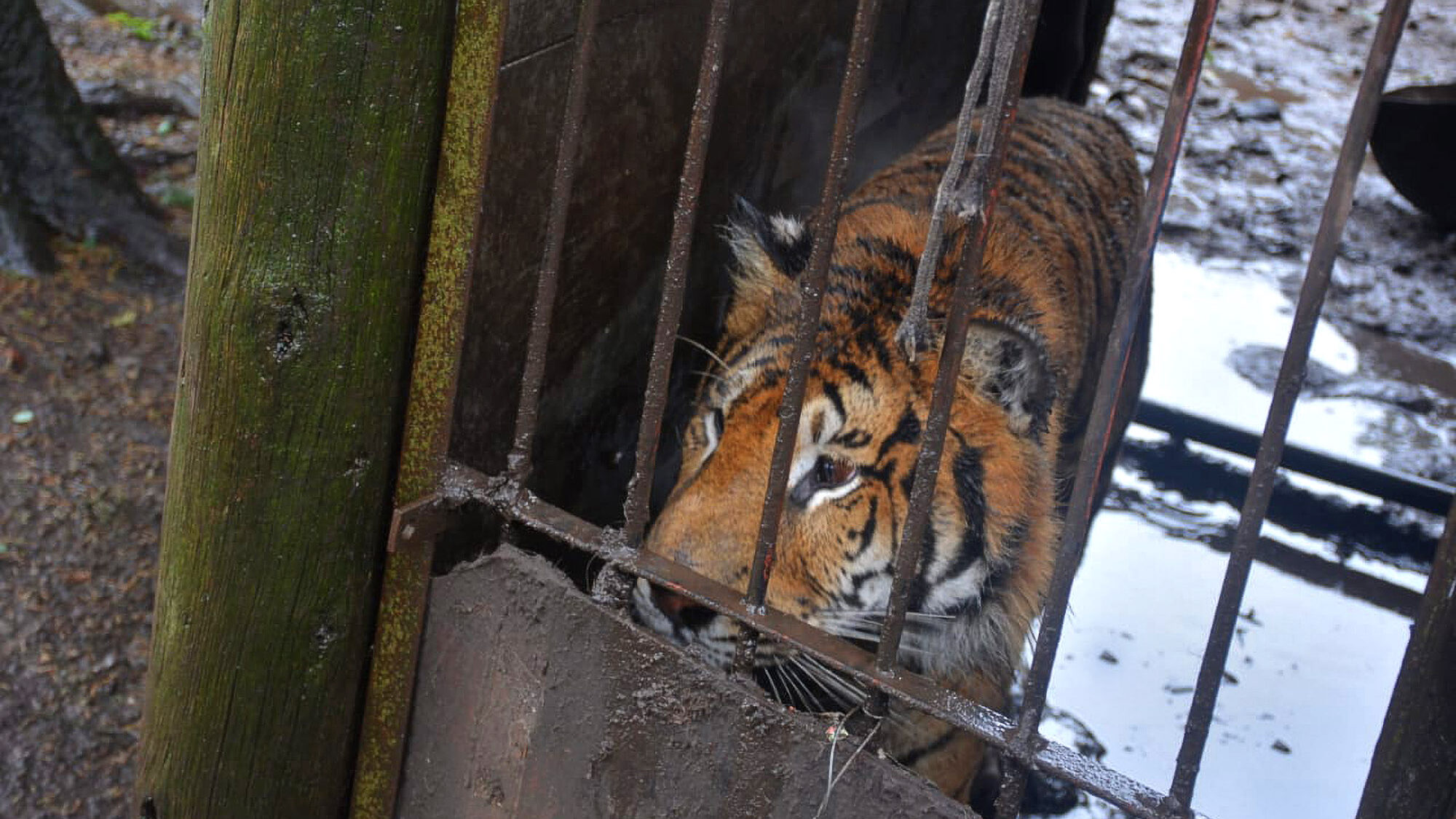 The animals found in the property. (Ministerio Ambiente/Newsflash)

Buenos Aires, Argentina — Police have raided an illegal breeding farm and seized over 300 animals from Balcarce area in the eastern Argentine province of Buenos Aires.

Acting on an anonymous tip-off, the authorities recovered over 27 hunting trophies of killed animals from the property.

“We have opened an investigation on the suspicion that all or some of the animals were being sold for illegal hunting,” said the Environment Ministry of Argentina.

Trophy hunting is the hunting of wild animals for their trophies, with the trophy being the animal or part of the animal kept and usually displayed, to represent the success of the hunt.

A video of the raid shows officials approaching the property hidden from behind thick shrubbery, and once inside, they find hundreds of animals in cramped inside filthy cages.

The farm even had a blackbird and two starlings alongside all the other exotic animals.

The ministry said the farm was breaching regulations by not only illegally trading the wild animals but also keeping them in filthy conditions.

A detailed investigation is being carried out to find out if the animals were being used for the hunting trade. The officials are also exploring the existence of the animals and all possible links to the Sierra de los Padres ecological park.

Among the trophies the police seized were puma leather, various horns and stuffed heads of deer and antelope.

The People for the Ethical Treatment of Animals, an American animal rights organization, has always been taking measures to curb the meat and leather industry across the world.

Many exotic animals such as alligators, ostriches, and kangaroos are slaughtered for their meat and skin and exported around the world. They have been closely working with the respective countries to bring the killing of animals down.

Argentina also has special legislation protecting specific species of animals. It has a statute for the protection of wild fauna, and statutes granting special protection to cetaceans, Andean deer, and jaguars.

Illegal trade of wild cat species has been on the rise in Argentina for the past few years. According to a report, illegal wildlife trade in Central and South America is a documented practice. From January 2012 to March 2018, there were approximately 170 reports of seizures involving jaguars, pumas and ocelots in the region.