Australian Sheep to the Rescue of Indian Wool

India has the third largest sheep population in the world, but produces only 2 percent of wool globally.
By Jitendra Choubey January 12, 2021
Facebook
Twitter
Linkedin
Email 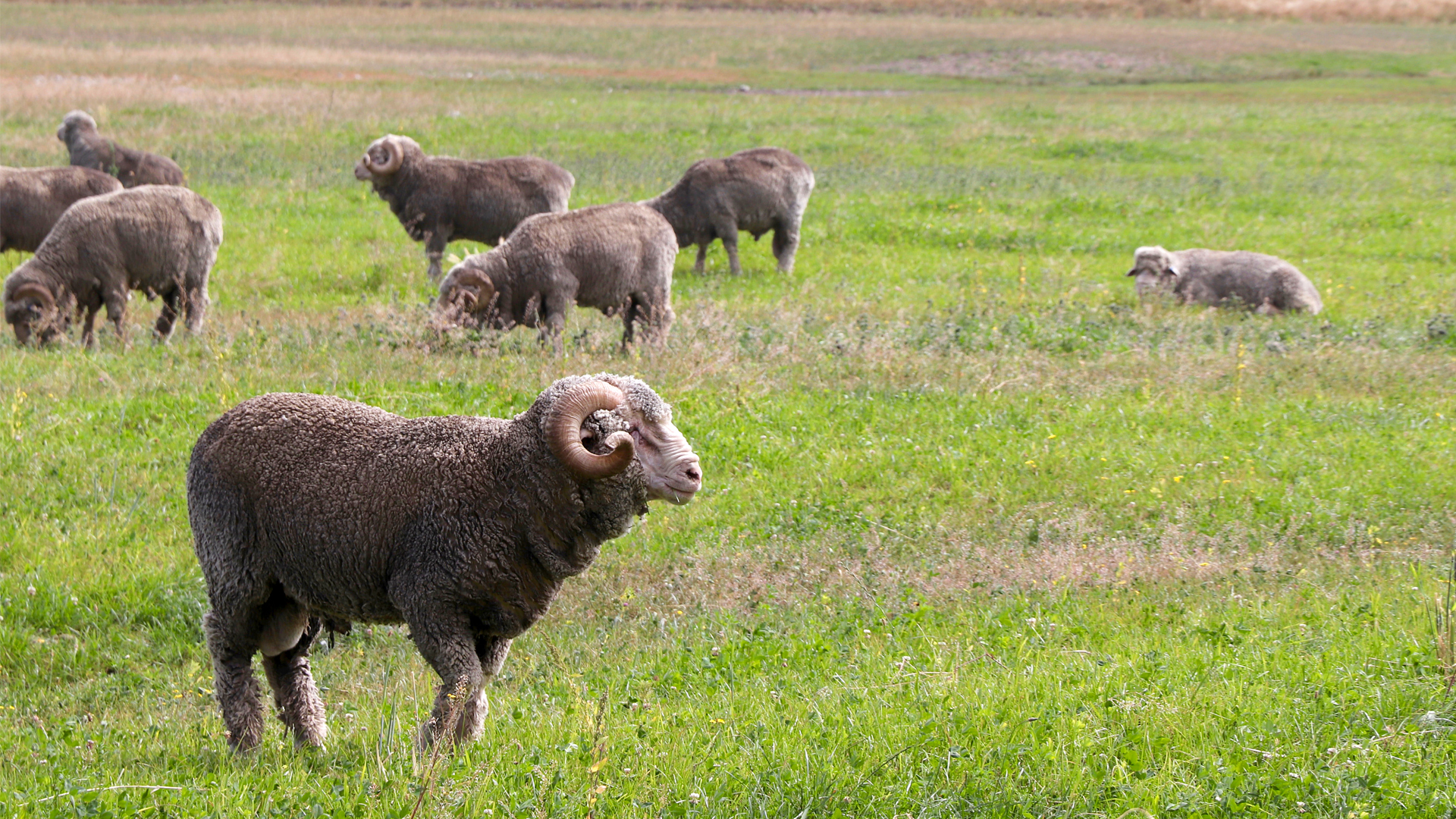 NEW Delhi — Ashok Kumar Surana, an industrialist from the western state of Rajasthan, does not buy a lot of wool locally for the carpets his company produces.

Instead, the company, based out of the city of Bikaner, imports wool from some 50 countries, including Australia, New Zealand and the United States, according to its website.

“Domestic wool comprises only 25 percent of our consumption,” said Surana, executive director of Woolindia and secretary of the Rajasthan Woollen Industries Association.

His reasons? “We get much cheaper, cleaner, graded and sorted wool from other countries,” Surana told Zenger News.

“Wool growers do not sort wool from legs, belly, neck that are coarser in quality; they mix it with wool of the sheep’s back, which is finer,” said Shitanshu Baudh, production manager at Mojopanda, which exports organic wool from the northern city of Gurugram.

Most Indian wool farmers are reluctant to adopt modern practices such as machine shearing, cleaning, sorting and grading of their wool. Domestic industries find it easier to import from Syria, Pakistan, Saudi Arabia and other countries.

Quality is not the only issue with Indian wool — quantity is too.

Despite having the third-largest population of sheep in the world, India produces only 2 percent of wool globally — 260 million kilograms in financial year 2019-20.

The average annual yield per sheep in India is 0.9 kg, compared with the global average of 2.4 kg. In the past two decades, the number of sheep has increased by 17.5 percent, but the production of wool has gone down by 12 percent. 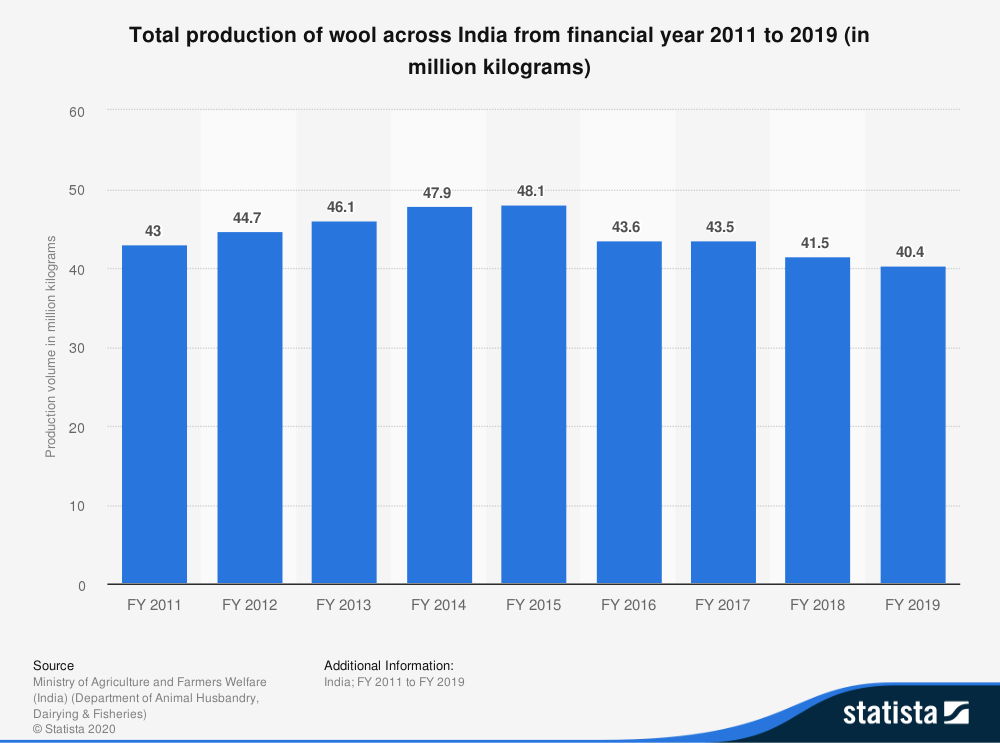 With the price of wool falling around the world, cattle farmers focus more on meat from sheep — which earns more — rather than wool. The price of wool remained more or less constant from the 1990s to 2010s, but the price of meat has increased. In Australia, “returns to sheep are now balanced equally between meat and wool, whereas in the late 1980s, wool accounted for about 85 percent of total gross value,” according to a 2011 report.

India has launched an ambitious project to increase the amount of wool it produces and improve its quality.

After nearly three decades, India has in recent years started importing merino sheep from Australia. This breed has been raised since at least 3,000 B.C. and can be found in nearly every country. Australia produces 80 percent of the world’s merino wool. The plan in India is to make domestic sheep breed merino sheep to improve the quality and quantity of India wool.

“India will have its own indigenous merino sheep if our sheep breed improvement program goes well for the next five years,” said Avinash Anand, CEO of the Sheep and Wool Development Board in the northern state of Uttarakhand. “We now have 400 lambs through artificial insemination, including 80 pure merino lambs. The mortality rate is less than 5 percent, which is very encouraging.”

“India had last imported sheep — of rambouillet breed — from the U.S. in 1993-94,” said Anand. “But due to an agreement on sanitary and phytosanitary measures of the World Trade Organization in 1995, the domestic sheep breed improvement program stopped.”

Sanitary and phytosanitary measures are related to food safety, and animal and plant health regulations.

Since then, India’s sheep population has only interbred, and wool quality has not improved. The decision to import merino sheep was taken by the government after consultation with the industry that already uses Australian wool.

While this might improve production, challenges remain — especially prices.

In the past three decades, the demand for wool has been replaced by demand for cheaper manmade fibers (MMF) such as nylon and polyester. The current price of wool is at the same level as in 2002. India is the second-largest producer of MMF and the United States is one of its largest buyers.

But MMF comes at an enormous environmental cost, leading to accumulation of microplastic in water bodies. The American Wool Organization, which promotes natural fibers, is leading a campaign against synthetic fibers.

MMF has also hit India’s traditional rural wool craft. Hundreds of thousands of women in villages used to support household through wool craft, but with falling demand, many of these women have been moving to cities and seeking unskilled work.

“Establishing craft-based production chains can be way forward to stem the use of MMF and strengthen local economies,” said Shouryamoy Das, a spokesperson for Khamir, a nonprofit in the western state of Gujarat, that promotes local crafts, heritage and cultural ecology.