The mysterious plaque is believed to be over 11,700 years old. 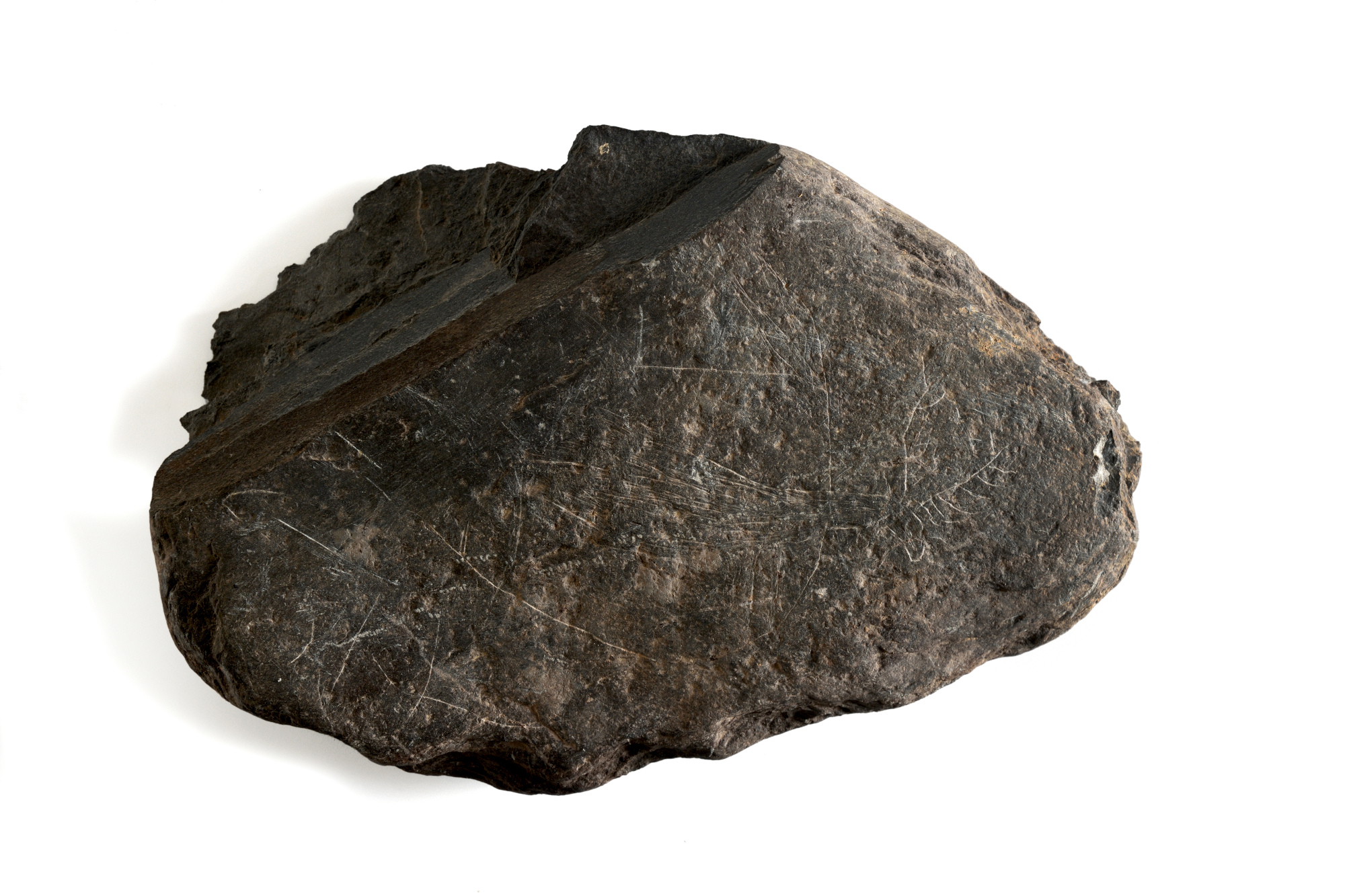 The 11,700 thousand-year-old archaeological piece that was found by archaeologists. (Josep Curto, Real Press)

Tarragona, Spain — Experts in Spain are perplexed by a mysterious Stone Age plaque with engravings of animals on it.

The plaque, believed to be over 11,700 years old, was discovered during the excavation process at the Coves del Fem archeologic dig site last summer.

“The team had been working at the site last summer to repair the damage caused by the floods,” said Professor Raquel Pique Huerta, department of Prehistory at the Autonomous University of Barcelona.

Coves del Fem is a cave located in the municipality of Ulldemolins, in the eastern Spanish province of Tarragona, in the Catalonia region.

The experts are examining various theories that try to explain its engravings and also why the plaque is older than the site at which it appeared.

It has engravings with six animal figures — two deer (male and female), two goats or cows and two unidentified animals.

The piece will go on display at the Archaeological Museum of Catalonia, but only after the experts have finished their analysis. There are still a lot of questions yet to be answered, namely regarding the period of the society and the relationships between men and women, as well as the role of the symbols on the engraving.

The discovery of the plaque itself took the archeologists by surprise as they were looking for Stone Age tools and did not expect any plaque.

Huerta said the archeologists were checking all the stones located in the area. “We knew that people living in the cave between 6,000 and 4,500 BC used the stones there to make tools, and therefore, we always check just in case there are tools, but we did not expect this discovery, an engraving on a stone plaque, and it was a big surprise,” said the 56-year-old.

The archeologists believed that the plaque is between 15,000 and 11,700 years old, belonging to the end of the Paleolithic Age. As per the experts, the period lasted about 2.5 million years and stone tools were mainly used during this period.

Stratigraphic contexts are central tenets of modern archeology. It helps in identifying the possible age of an artifact. “This plaque does not belong to what those societies did, this kind of engraving is older,” said Herta.

Its origin is still unclear but there are different theories about its presence in that area. “The river might have moved old remains and moved them to other, younger sectors,” she said adding that it was also possible that “maybe the younger communities, whose members tended to dig holes in order to keep their belongings there, touched older levels and moved that piece to their place.”

The piece is important as it appears to reference the ideological world of a community of hunters and collectors when engravings were symbolic representations. “It is known as ‘moving art’, it was not used to hunt or produce food, it is linked with the ideological world, with a way of ideological communication, but we do not know what it means,” the professor said.

She added that it might have been used to share rules with the rest of the community, or even to symbolize the tribe or the community. “What we do know is that for them, it had meaning and this meaning was shared with other individuals.”

“The engravings are very naturalistic, as you can see the details of the animals in the engravings, and they even have some parts filled in order to represent the fur,” Herta said.

The experts are still working with the piece in order to find out more about its origin, and what the animals and other lines engraved there mean. However, they believe that the engravings were done with a silex as it is the best stone. The same stone was found at the archaeological site.

It is also unclear if the engravings were done by a single person or by different people, and whether it was created at one point in time or over a longer period of time, as there are some animals engraved over one another.

Herta said that they are mobile societies as they didn’t produce their own resources because they were not farmers. “They needed to find a balance with their environment and adapt the resources they had at hand.”

She speculated that the groups were probably small and did not have an institutionalized authority, “instead they were more egalitarian as a society, with nonetheless various people fulfilling different roles.”

This was not the first time when the objects, paintings or engravings of archaeological importance were found in Spain as the country is home to many prehistoric artworks.

In 2014, Copper age settlement was discovered in the central Spanish region of Azután.

Caves of Altamira in Cantabria and a UNESCO World Heritage Site houses intricately carved out engravings and paintings of the pre-historic period while paintings in El Castilo cave in Puente Viesgo are among the most ancient cave arts in Europe.