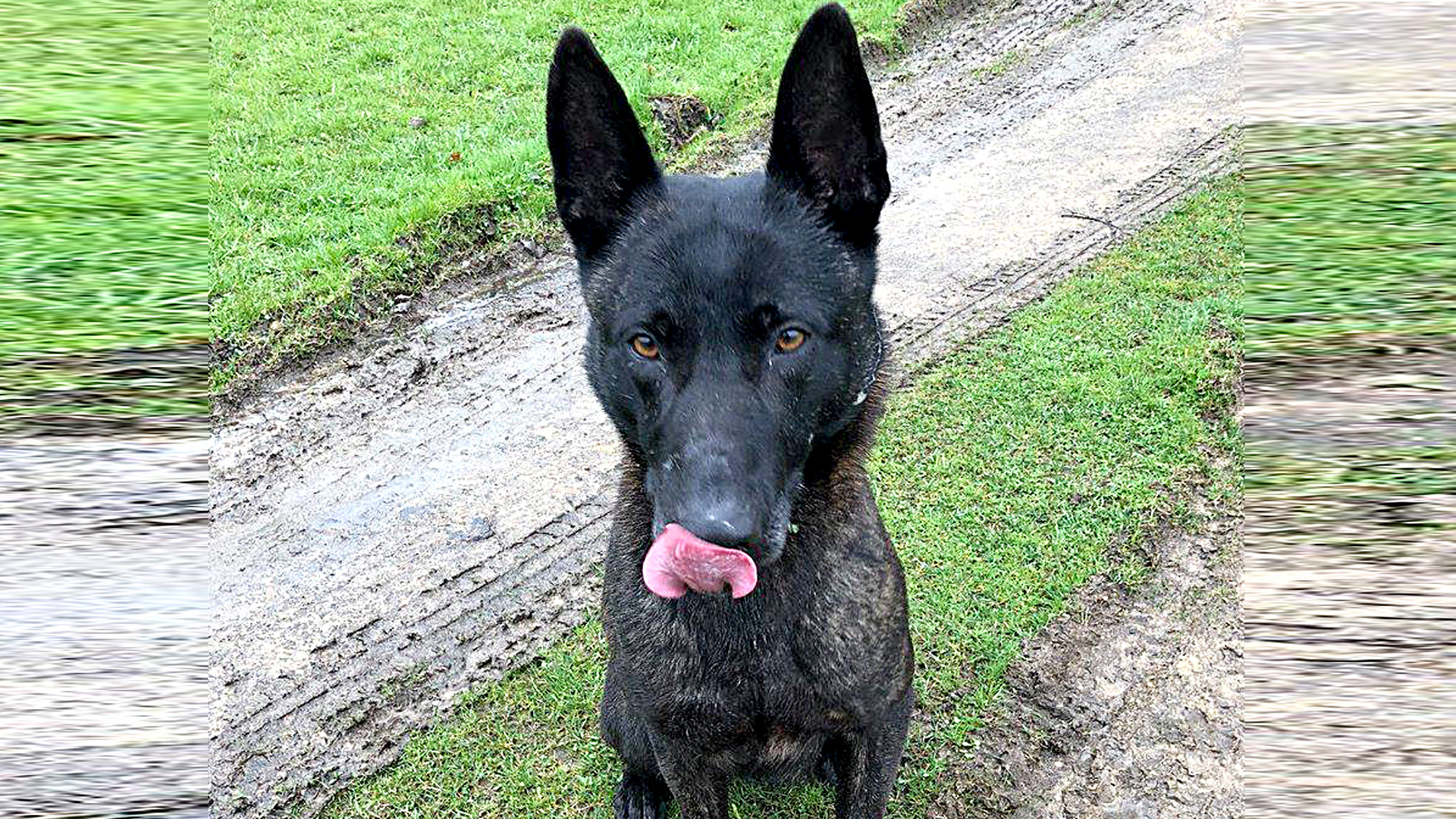 Max helped solve a burglary case in February last year and then helped detain an intruder in the Newcastle region of England in March. (Northumbria Police/ Facebook)

Northumberland, UK — A police dog in the Northumberland region of England has helped investigate a theft by detecting the keys of a stolen motorcycle on Dec 20. The thieves are believed to have discarded the keys in a bush while they fled the spot on foot.

Two boys aged 16 and 13 who were believed to be connected to the case were arrested and have since been released.  Further investigation in the case continues.

The dog, a six-year-old Dutch Herder named Max sniffed his way to the keys while his handler PC Adam Fegan cheered on. “I am no longer surprised when Max finds something buried in a bush but it is amazing how effective our police dogs can be,” said Fegan, in an official report.

“He tracked hundreds of meters before locating this set of keys, no doubt it would have taken a considerable amount of time for the officers to do it themselves. It’s not quite finding a needle in the haystack but it’s not far off,” he said. It helped detain the suspected thieves but Max’s job didn’t end there. “He has then followed his nose to secure vital evidence,” Fegan said.

This isn’t Max’s first such accomplishment. Max’s feats feature frequently on the force’s social media. He helped solve a burglary case in February last year. He also helped detain an intruder in the Newcastle region of England in March. In an announcement on their Facebook page, Northumbria Police, said, “It was all in a day’s work for him, and he was rewarded with what he loves most in the world — his big yellow tennis ball!” A pleased Max’s picture follows the post.

Max, this time, received a Christmas treat at the end of the shift. “I made sure he didn’t get a mince pie, but he shared a carrot with Rudolph (another dog in the force) and received plenty of tummy rubs,” said Fegan.