Culling has been ordered, and sales of poultry products are banned.
By Ojaswin Kathuria January 11, 2021
Facebook
Twitter
Linkedin
Email 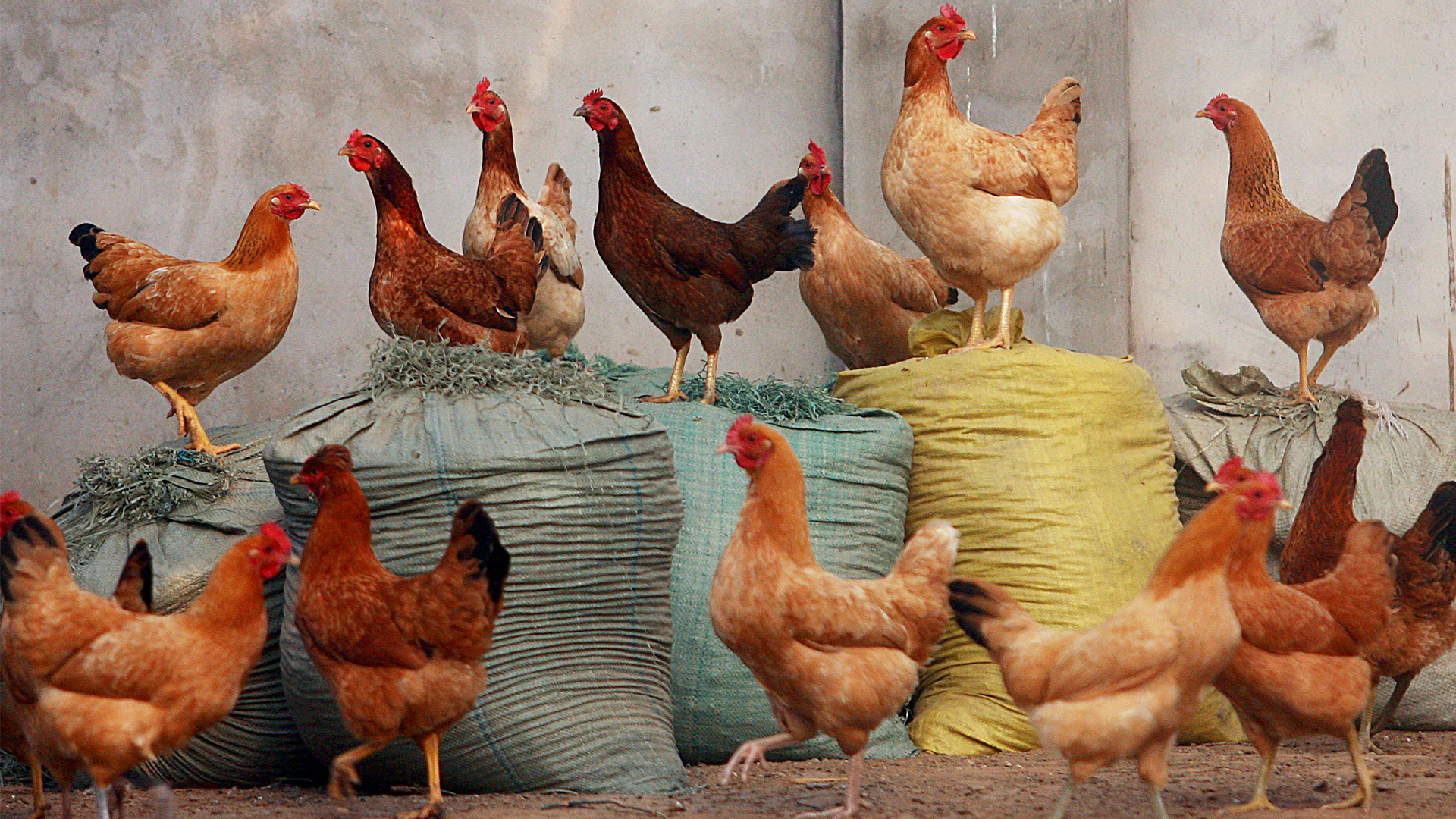 India recorded cases of Avian flu among birds during the last week of December 2020 and early January 2021. (Getty Images)

NEW DELHI, India — With thousands of dead birds found in one region alone, India is facing an outbreak of avian flu in several states.

The Pong reservoir area in Himachal Pradesh has been closed to all activities since 1,800 birds, mostly Bar-Headed Geese, have died of the bird flu. The government has imposed a ban on the sale, slaughter and export of poultry and birds in the district, threatening the livelihood of the local poultry business owners.

“We see cases of bird flu after every two to three years. However, if it continues to spread at the current pace it would adversely affect the livelihood of local poultry farmers and businessmen like me,” said Pankaj Sethi, a poultry business owner in Haryana’s Panchkula region.

“There has been a complete stop on all sale or purchase of poultry products since 15 days.”

Currently, the most affected group are the migratory birds, but this is spreading fast to the local birds and poultry farms, which is affecting the local business” said Sethi.

Haryana state, whose Panchkula district is one of the largest poultry belts in the country with 70-80 lakh (70 million to 80 million) birds in more than 100 farms. Over four lakh poultry birds died at some farms in the district. 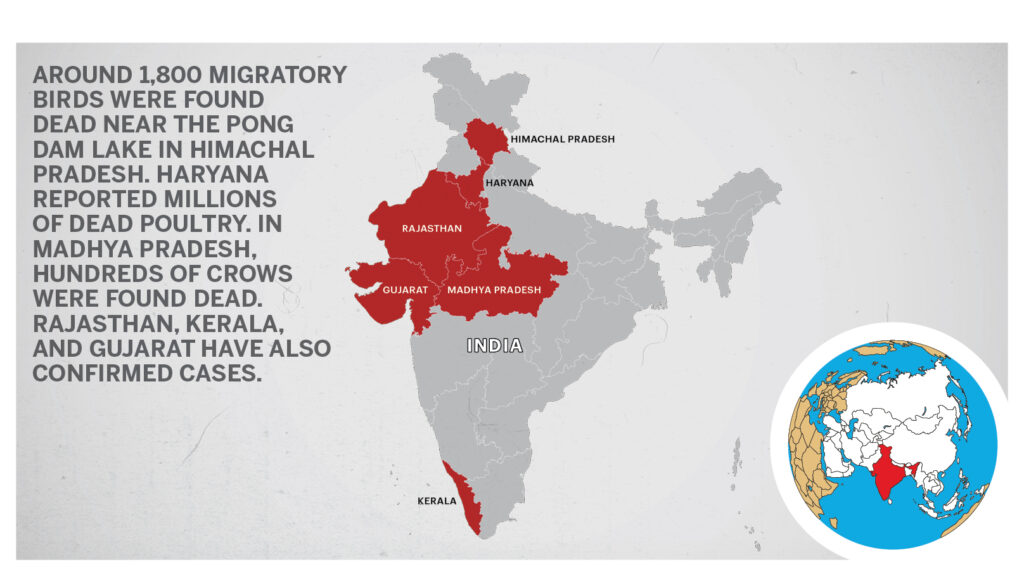 In Madhya Pradesh, hundreds of crows were found dead. Rajasthan, Kerala, and Gujarat also have confirmed cases of the bird flu, which is rarely passed on to humans and is not related to the novel coronavirus.

As many as six states have been hit, according to the government, which is asking other states to keep a vigil on unusual bird mortality. So far, there have been no cases of its transmission to humans.

“Unusual mortality of 16 birds has also been reported in DDA park Hastsal Village, Delhi. The animal husbandry department of Delhi has reportedly taken precautionary measures and sent samples for testing. A report is awaited,” the government said on Jan 8.

“There is no evidence that the bird flu has spread in humans through contact, but we can’t rule out the possibility of humans contracting it while disposing of infected birds,” said Vinod Sharma, state surveillance officer of Himachal Pradesh from the National Health Ministry.

People from the forest or veterinary departments who have come in contact with infected birds have been kept under surveillance, Sharma said.

“This is the first time we have noticed such a huge outbreak of the flu in the state. Every year migratory Siberian birds bring in Avian flu in the country. They enter North India from Magnolia in the East Asia region from January to March,” said Vikram Vashisht, lead doctor on the immediate response team in Himachal Pradesh. 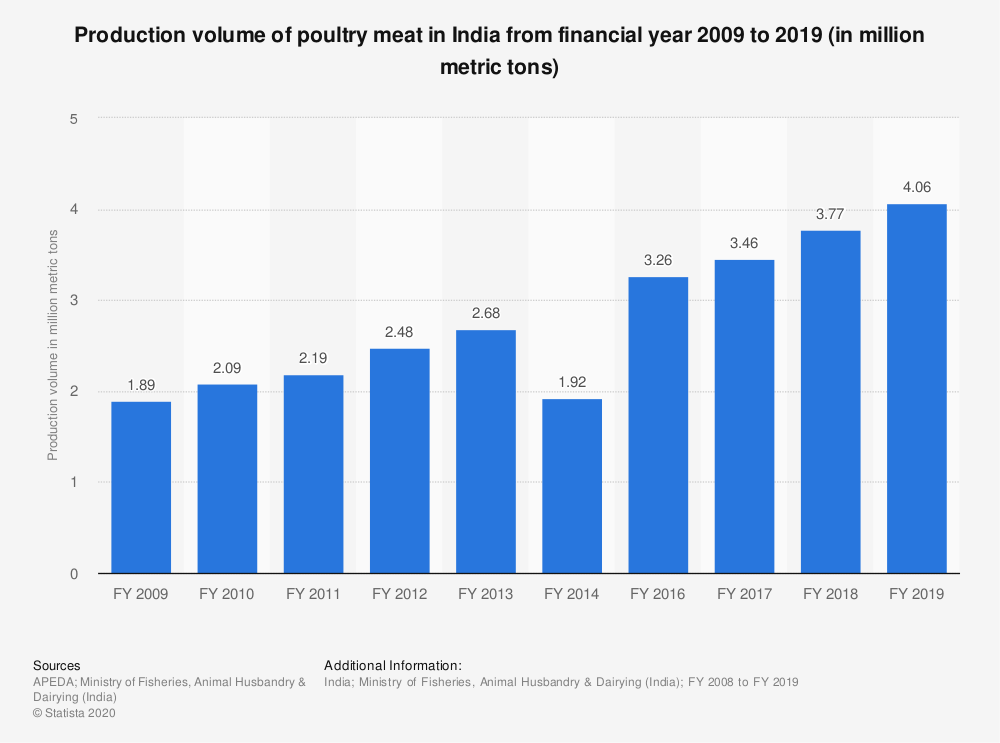 People on the response team are also being monitored for any symptoms related to the bird flu, and 10 kilometers around the outbreak area have been sealed to curb the spread.

“In countries like China, bird flu outbreaks are common. India is vulnerable to bird flu virus outbreaks because of the geographical location,” said Vashist.

Since there is no surveillance in border areas, infected poultry is smuggled in, Vashist said. He said transmission of the virus can take place from trucks transferring poultry, contaminated equipment, and clothing of farm workers.

While India has been hit by avian flu several times before this year’s outbreak, no human infection has been reported.

Avian influenza refers to the disease caused by infection with avian influenza Type A viruses, according to the U.S. Centers for Disease Control and Prevention (CDC). The CDC says these viruses occur naturally among wild aquatic birds and can infect domestic poultry and other bird and animal species, but do not normally infect humans.

“All the states that have reported an outbreak of bird flu this year are testing influenza strains. It is important to note that some strains of the virus are different and more deadly than the others, so we can never completely rule out the possibility of human infection,” said Praveen Malik, animal husbandry commissioner in Delhi.

Malik said it is important to respect the poultry ban in the states and take precautions as directed by the local health ministry.