VIDEO: Moment Adorable Three-Month-Old Seal Pup Is Rescued After Being Bitten By Dog

Seal pups spend half of the daytime on the shore to rest and warm-up.
By Flemming Emil Hanson January 11, 2021
Facebook
Twitter
Linkedin
Email 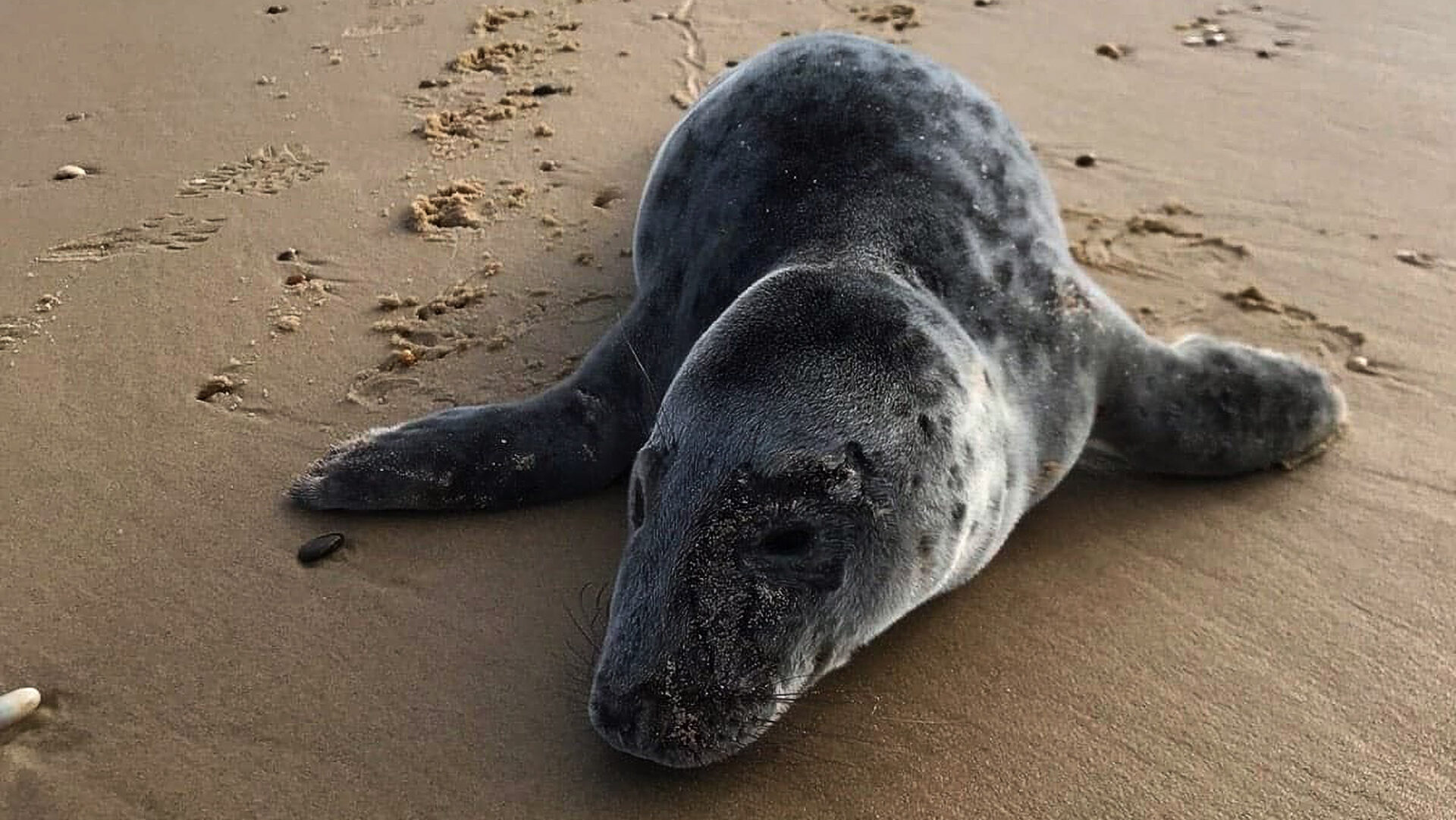 Lacanau, France — A terrified baby seal was recently rescued after it got stranded on a French beach. It was probably bitten by a dog.

The incident took place on a beach near the town of Lacanau, a commune in the Gironde department on the south-western French coast. Real Press spoke to Laurent Blanchard-Talou, the communications officer for a local animal protection organization, Association Venus, based in Bordeaux.

The footage shows the seal, believed to be a gray seal (Halichoerus grypus), letting out terrified little barks after having been bitten previously as members of Association Venus, members of the public and firefighters, put a blanket over its eyes. Later, they usher it into a transport case so that they can take it to safety and treat its wounds.

Association Venus was contacted by a couple, Alain and Mary Tobia, who spotted the seal while walking on the beach.

Blanchard said the seal was located about 6 kilometers (3.72 miles) from the nearest car park and despite calling the town hall and the local police station, they were left to their own devices to resolve the situation, Blanchard said.

He deplored the move, saying that it was the first time that they were responding to an incident involving an injured seal. “Everyone needs to take responsibility when it comes to animal suffering,” said the 47-year-old.

So, they then called the local fire brigade, who thankfully responded to the situation with a 4×4 to rescue the seal. “Which was fortunate because it would have been a 45-minute walk to get to the seal’s location,” said Blanchard.

“We believe that the seal pup, which is about three-months-old, was bitten by a dog that was passing by. That is how it probably sustained the injury on its back,” he said.

Association Venus members Didier Talou and Florence Faubet were on the scene to assist in the rescue. Blanchard said that once the animal had been secured in the back of the firefighters 4×4, it was taken to the local LPO Aquitaine animal shelter for treatment.

After spending the night there, the young seal was transferred to the aquarium in Biarritz for further treatment on Tuesday, according to Blanchard. It is expected to spend some time there recovering.

“He is going to be taken care of there and when he has healed, he will be released back into the sea,” he said.

He added that it was normal that the seal’s mother was nowhere in sight because “it is around that age that they separate from their young.”

Seal pups come ashore to rest and warm-up. They sleep for long hours and alone for hours, which makes them vulnerable to hunting by other animals, birds or humans. Only 50 percent of the pups survive due to abandonment, starvation, disease, premature birth and birth defects, states Sealsitters, a volunteer organization dedicated to protect marine mammals and promotes conservation of ‘fragile marine ecosystem’.

Seal Sitters advises people roaming on beaches to keep 100 yards of distance from seal pups and not cause them stress and disturbance. Banning of leashed or unleashed dogs on beaches. Do not touch or move a seal pup because touching may transmit diseases from the seal to humans or other animals.

If one shifts a seal pup to another place, it will starve as its mother won’t be able to feed it. Do not wrap a seal pup with a blanket or any other cover as it may damage its health. Do not put pups back in the water as they need half of the daytime to rest and warm up on the shore. A newly born pup can swim.

Association Venus is primarily focused on saving stray cats and dogs and finding new homes for animals that have been abandoned. Blanchard-Talou said that they do not benefit from any public funding and operate solely thanks to donations from the public, which can be made here.