Discover Huaraches, the Pre-Hispanic Sandals that Are Still Around

Countrymen use huaraches because they are comfortable for walking in the fields, but they can be dressy and expensive. 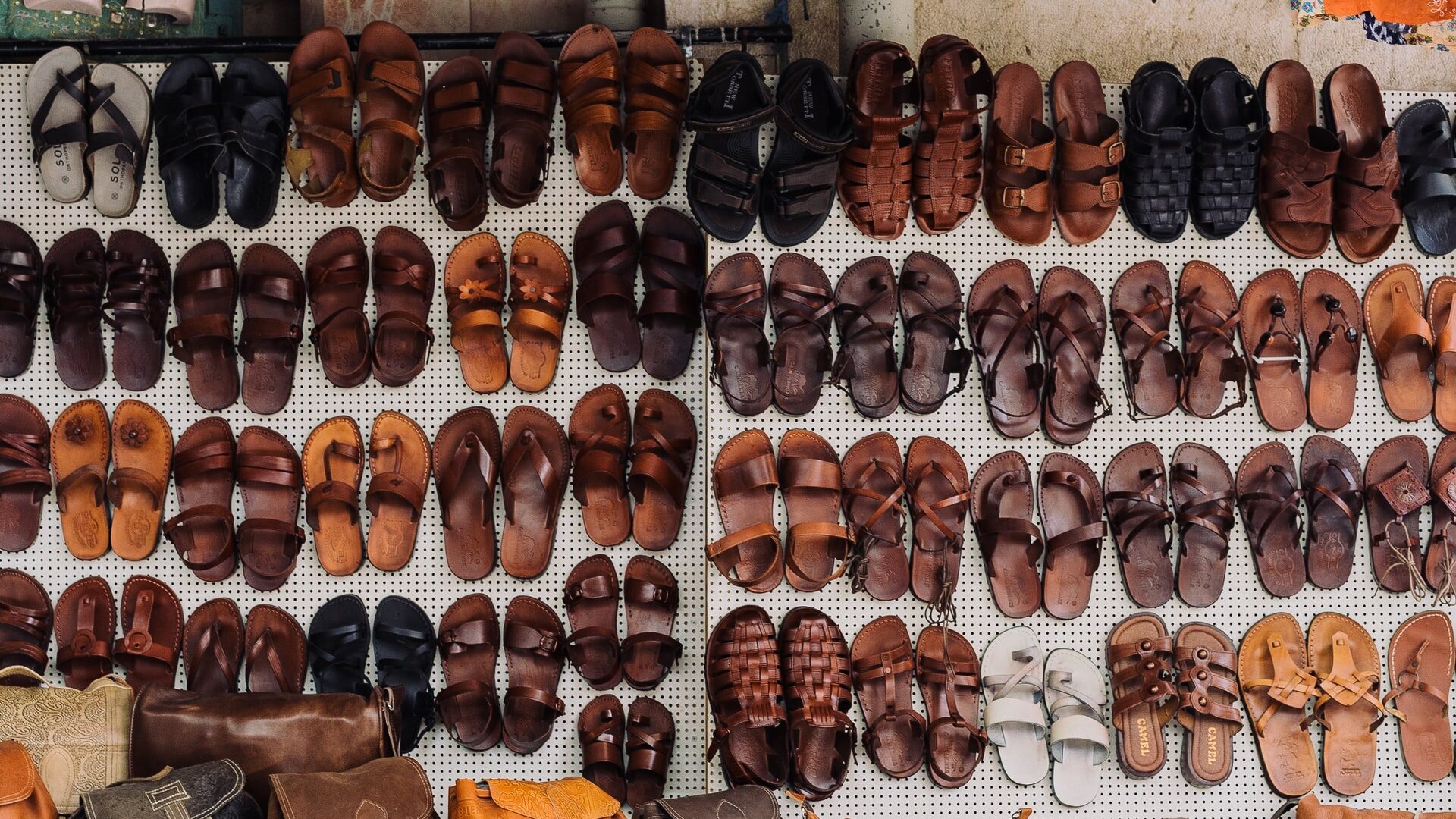 Huaraches, or flat, leather sandals with a unique braiding, are a type of footwear worn throughout Mexico.

Huaraches are as sought-after as huipiles (traditional blouses) and rebozos (traditional shawls.) They have been popular in Mexico since pre-Hispanic times. The Ancient Mexicans’ codices usually show the nobility and warriors wearing them. In central Mexico, they were called cactli. The Purépechas or Tarascos, who settled in Western Mexico, coined the word huarache, which is still what people call them today.

There are huaracherías — huarache stores — all over Mexico. In any huarachería, buyers can find different types of huaraches, not only the simple ones sold in the markets.

Jalisco and Michoacán in central Mexico are famous for their fine saddlery. Among other types, they sell on request black huaraches with delicate fabrics that hide the wearer’s skin. People from the area often use them for wakes.

Huaraches are handmade. When a customer wants a huarache, the craftsman measures the foot’s size as the shoes are not standard. The process of making a huarache begins with a single, long leather strap attached to the sole. Artisans then intertwine it on the instep. Weaving them is labor-intensive. So, it isn’t easy to sell them wholesale.

“I learned the trade from my grandfather, and I fell in love with it,” said Vicente Osorio Medina, a huarachero and native of Huajapan de León, Oaxaca. “I have been a huarachero for 40 or 50 years. My father is gone, but now I continue with his trade with great affection. I am the last huarachero in the Mixtec region, and this tradition will die when I am not around.”

Huaraches’ popularity crosses borders. The European designer Marcus Kittner seeks to preserve huaracheros’ legacy, sharing the historical, cultural and aesthetic value of their work with the world. Kittner left his job at the Nike headquarters in Portland and decided to travel to Guadalajara. He arrived in Sahuayo, a town that would teach him all about the art of the huarache.

He understood that the huaraches tourists could buy in markets were not as remarkable and complex as other types. He saw how many workshops were about to close due to lack of production. He also discovered that the leather for huaraches arrives from the United States and is tanned in Mexico. The cows in America grow larger, which allows for longer leather strips.

Humble and hardworking countrymen in Mexico wear huaraches because they are comfortable for walking in the fields. But huaraches can be dressy and expensive, too.

“I wish there were people who wanted to continue with the huarache tradition. It is an art to make huaraches a hundred percent leather with rubber soles. When I see people from the city or countrymen wearing them, I feel proud because my work is being worn by someone else. There are different models, with two or three buckles or two or three rounds. Whatever people want in their huaraches, I can do,” said the Oaxacan huarachero.

Production levels can range from a sizable capitalist-model workshop to artisan workshops, depending on their design.

«Previous Post
Let Us Spray: How Graffiti Went From Clandestine Act to Urban Art»Next Post
Cocoa Nuts: How a Stolen Tree Gave Chocolate to the World