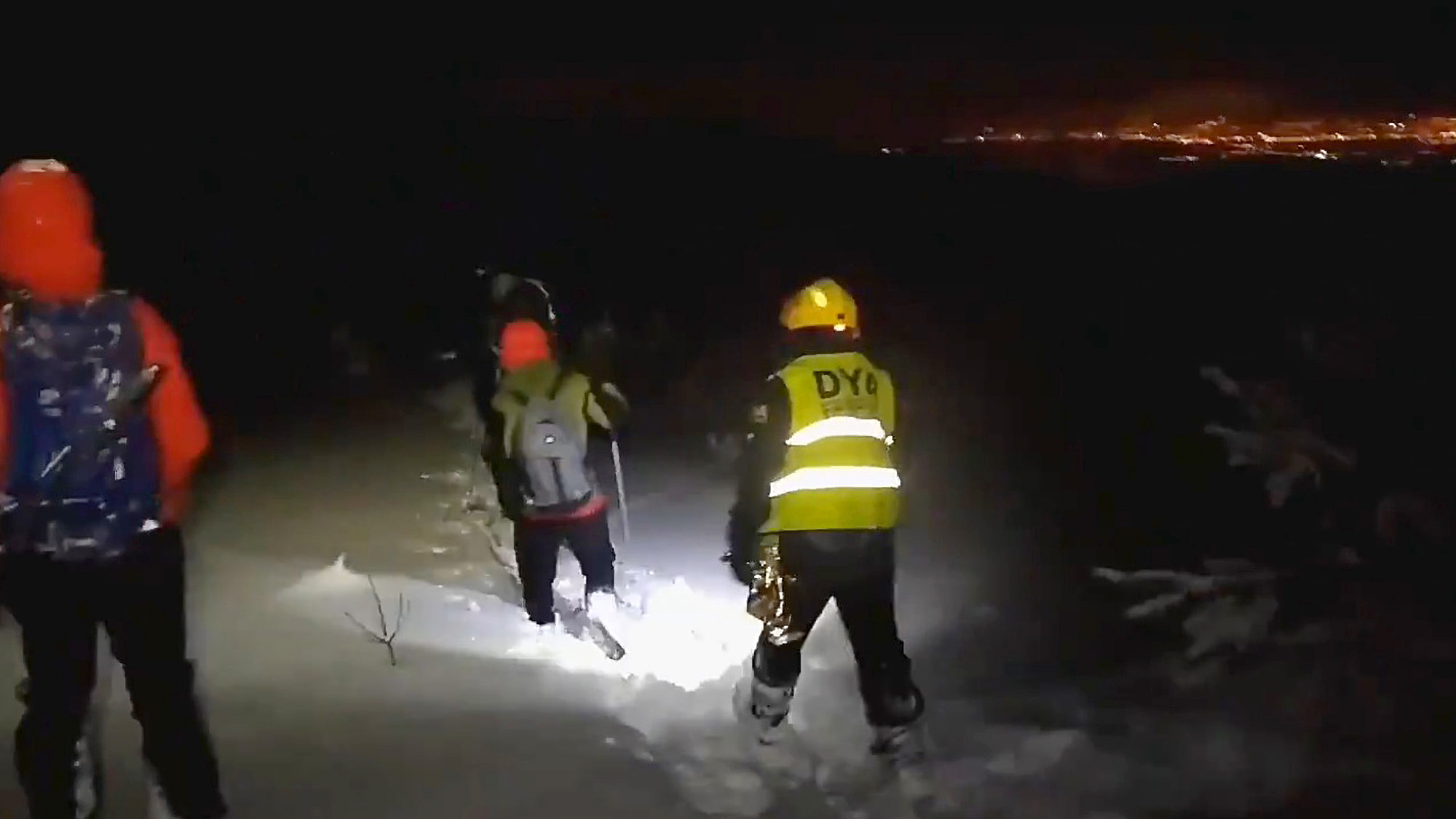 In another rescue operation, a 51-year-old man died after fainting on Mount Urko in Spain’s northern Alava Province.

Earlier, the local authorities had also issued a yellow alert to the masses and appealed to them to not go hiking in the mountains as heavy snowfall was expected at low altitudes.

Spain’s national weather agency AEMET termed the climatic changes as ‘Storm Filomena’, which will see temperatures drop to -10 C in northern and central Spain and heavy snowfall at abnormally low altitudes of as little as 200 meters.

“We’re facing one of the longest and biggest snowfalls in Spain in recent years,” AEMET spokesperson Rubén de Campo was quoted saying.

Despite the warning, many mountaineers went on hiking and had to be eventually rescued. A helicopter was brought into action for the rescue of the man on Mount Urko, as rescue operations became difficult on foot. The emergency services tried their best to revive the man, but he died at the scene.

Two mountaineers were rescued by the Unidad de Vigilancia y Rescate de la Ertzaintza team the previous afternoon after they started to feel disorientated during a blizzard on Mount Gorbea — at an altitude of over 1,400 meters (4,593 feet). At the time of their call for help, temperatures were below freezing point and visibility was very poor. They were rescued by the emergency services after a tricky ascent.

Another rescue took place the following day on the same mountain when three mountaineers got lost due to fog and were suffering from hypothermia. During the helping act, they had pain in their hands and feet along with extreme shivering.

Hours earlier, the emergency services also had to attend to a skier who suffered a fall and sustained light injuries.

Hiking has always been a favorite of Spanish mountaineers. As per a statistic, the share of people who went hiking remained above eight percent in 2014, reaching over nine percent in 2019.

The historic snowfall has been creating a lot of problems for the Spanish population with a lot of festival celebrations being delayed. Earlier, the government put the Covid-19 restrictions in place and now the freezing weather travel ban meant the ‘Three Kings Day’ and ‘Reyes’ celebrations won’t go as per plan.

Weather website El Tiempo said that the majority of the country will be under snow by Thursday, up to 20cm in large parts of the country’s interior. “Se confirma que las nevadas podrán ser históricas tras la llegada de los Reyes Magos. La mayor parte del país estará bajo la nieve a partir del jueves. Podrán darse acumulados de más de 20 centímetros en amplias zonas del interior (It is confirmed that the snowfall may be historical after the arrival of the Magi. Most of the country will be under snow starting Thursday. Accumulations of more than 20 centimeters may occur in large areas of the interior),” they had tweeted.

Such has been the impact of the ‘Storm Filomena’, that even the country’s two biggest cities Madrid and Barcelona, which are not known for getting much snow, are expected to be covered white on Tuesday night and Thursday respectively.

Other regions that are expected to get snow to include Castilla y León, Cantabria, La Rioja, Navarra, Aragón, the Basque Country, Catalonia, Asturias, Galicia and some parts of eastern Andalusia. Some of these regions have already been turned into white carpets, but by Thursday areas at lower altitudes will also be snow-capped.