A Tragic End: Bride-to-be, Parents Succumb To COVID-19 In Durban 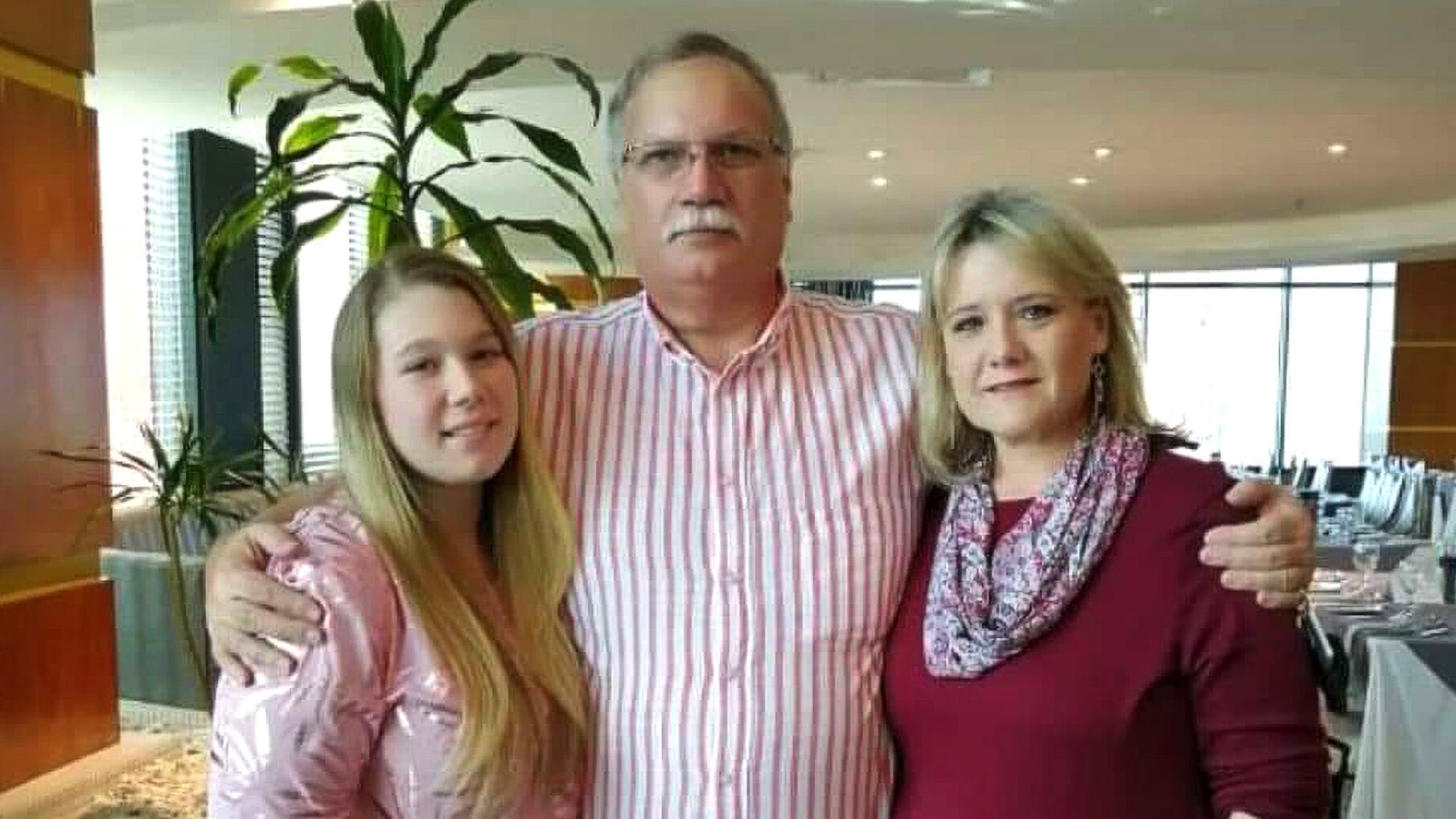 The family, Zoe, Greg and Angela Freshwater who died from COVID. (@zoe.joy.50/Newsflash)

Zoe Freshwater, 26, was to marry her boyfriend Sheldon Hendrikse on Dec 19, but had to call off the wedding as she and both her parents tested positive for COVID-19.

Their dreams were shattered and both the families devastated when the three of them succumbed to the infection within the week.

Zoe, a teacher at Highway College in Queensborough, had been working hard to organize the wedding and the new home that she would share with her childhood sweetheart Sheldon Hendrikse, after their pre-Christmas wedding.

The African continent has reported 425,329 active coronavirus cases so far. South Africa tops the list with 167,492 cases followed by Tunisia with 31,695 cases. On the other hand, over 2.35 million people have recovered from the virus, with 903,679 from South Africa alone.

A relative of the family, Catherine Janse van Ravensburg, said that Zoe’s dad Greg, 63, first took ill on Dec 2. Zoe believed was overwork coupled with the stress of the wedding preparations. She eventually tested positive on Dec 15.

Catherine also said that Zoe’s mum Angela, 52, started to feel worse the next day, and went to the Westville Hospital alleging that the hospital did not put her on a ventilator when she needed it most. Back home, her condition worsened, and this time she was taken to St Augustine’s Hospital on Dec 19, the proposed wedding date.

Greg was admitted three days later and died on Dec 23 when he was moved to the intensive care ward. Within 24 hours, after learning about her husband’s death, Angela went into a coma and died. Their daughter was admitted to hospital on Christmas Eve.

The family said that the young woman and her fiancée had been together since school, and had always thought they would spend their lives together. Sheldon, in an emotional Facebook post, said, “You will always be in my heart. You will always be my sweetheart. And I will never stop loving you.”

Sharing a picture of the dead couple and their daughter, Werner Gresse, who would have been Zoe’s brother-in-law, said in a social media post, “People, this is Zoe Freshwater and her parents (Greg and Angela). Zoe would have become my sister-in-law last Saturday, but due to her testing positive for COVID-19 two days before the wedding, the wedding was canceled.”

“When we look at COVID-19 we always consider the statistics, the mortality rate is statistically quite low, but people are forgetting that we are now dealing with a new variant of the virus, we do not yet know what the mortality rate is with this variant, all we know is that its transmission is more aggressive. Please people, be safe! It is each and every person’s responsibility to not only protect themselves, but also their loved ones. I truly hope that this post create some awareness of how devastating this virus can be on a household,” the post further said.

A World Health Organization report presents a grim picture of COVID-19 in Africa. WHO fears that the continent might emerge as the new epicenter of the pandemic.

“The number of cases and deaths have been increasing rapidly, raising fears that Africa might be the next global epicenter of the pandemic, with severe public health consequences and devastating societal and economic disruptions,” says a report by the World Health Organisation (WHO). It calls on governments to step up their preparedness to combat the disease.

The pandemic has negatively affected the economy of the continent and South Africa was the worst hit considering active COVID cases. As of June 2020, the GDP growth for the same year was revised to minus 7.5 percent.  However, the GDP growth rate of 1.1 percent and 1.8 percent estimated for 2020 and 2021, respectively, before the pandemic seems far from what the country can achieve.

“It has also put an extra burden on the already ailing health sector of the continent. Africa carries 25 per cent of the world’s disease burden but its share of global health expenditures is less than one per cent. Similarly, it manufactures only a fraction—less than two percent—of the medicines consumed on the continent,” says a WHO report.