The Mystery of Montezuma’s Treasure

It may still be out there, waiting to be claimed.
By Vanessa Sam January 9, 2021
Facebook
Twitter
Linkedin
Email 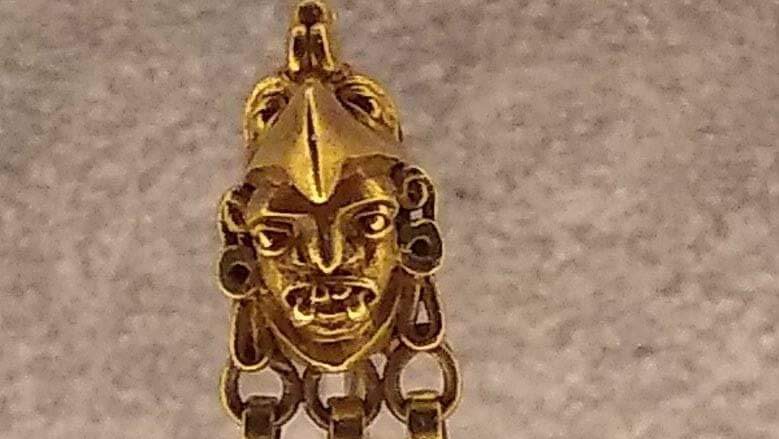 The story of Montezuma’s treasure has captured the fancy of Mexicans and foreigners alike.

Mexico is portrayed as a warrior’s land, no matter how many battles it has won or lost. The country’s glorious history reveals how the Aztec Empire made use of technological advances, resources, and wealth, long before the arrival of the Europeans, in 1519.

Once the Spanish Conquest took place, Emperor Montezuma II, the Aztec leader, was executed. In 1521, his lands were plundered by Hernán Cortés, the Spanish conqueror, who later lost most of his newfound wealth to theft or the demands of the Spanish Crown.

The Spanish Conquest of the Aztec Empire

Montezuma II was one of the most outstanding military strategists, working his way up to become the head of the Aztec empire. It is said that the people of Tlaxcala, Cholula, Tlatelolco, Texcoco and Huexotzinco trembled before him, and he was able to dominate them with his intelligence, strength and cunningness. His physical and mental power is believed to have been manifested in the way he presented himself to others, with exaggerated and extravagant clothing. He lived at the Palace of Axayacatl, a former tlatoani (emperor.)

When the Spaniards, led by Hernán Cortés, set foot on the Aztec soil, everyone was aghast at the sight of the great city of Tenochtitlan. They noticed how Montezuma sported unique embroidery, precious stones, and a stunning plume. They were impressed by the magnitude of his palace and the peoples who bowed before him. Montezuma met the strangers with great distrust.

When Hernán Cortés gave the order for Montezuma’s lands to be plundered, his people took up arms to defend his honor, but it was not enough to thwart the Spaniards’ plans or to avoid Montezuma’s death.

Soon after, Cortés rejoiced in his own power. While a huge part of the Mexican heritage was lost, Cortés, in what is known as the ‘Sad Night’, witnessed his new fortune disappear from his own hands, unable to prevent the gold and precious stones from being taken to Spain. The Spanish Crown could not take everything, so the Aztecs took what was left and hid it, giving way to what is now known as the lost treasure of Montezuma II.

“Talking about Montezuma’s treasure is a very broad topic because historically, many theories have been written, where it is, in whose hands it was left,” said Ricardo Cañas Montalvo, a historian and the Director of the Museum of the City of Veracruz. “The truth is that it is a very dense topic. Many have said that part of that treasure was found by a fisherman on the coast of Veracruz.”

There are many versions of the story. Some say that when the Spaniards abandoned the looted lands and found out about the hidden treasure, they started to look for it and to take everything back home to Spain. The Aztec ruler Cuauhtémoc was subdued and tortured so that he would reveal the treasure’s location, but he kept silent and took the secret with him to his grave.

Where is the Tlatoani’s treasure?

It is said that Montezuma’s treasure—enormous quantities of gold, precious stones, necklaces, and bracelets belonging to the tlatoani and other aristocrats—was thrown into a lake or into the Xancopinca Enchanted Pool, a freshwater spring where everything was hidden from the Spaniards. Legend also has it that the treasure lies somewhere under the ruins of the Palace of Axayácatl.

“We know that the Spaniards collected a large part of Mexico’s treasures, including Montezuma’s,” said Montalvo. “However, in 1976, a fisherman found a large lot of jewelry offshore, from which some pieces survive that are guarded in the Baluarte de Santiago (in Veracruz City), and you can find necklaces, earrings and other gold pieces inlaid with precious stones.”

Finally, in 1981, then-president José López Portillo announced that he knew where part of the treasure was in Veracruz, since 38 pieces of silverware, two clay beads, two gold ingots, and 23 gold castings were found in an excavation.

It is believed that the Bank of Mexico safeguarded the discovery, although the institution denies having anything under its care. So do the National Institute of Anthropology and History and Universidad Veracruzana.

Mexicans claim that the old fisherman who found part of Montezuma’s treasure years ago sold everything to a jeweler, who used the gold to make jewelry, including graduation rings.