The architecture is not representative of India’s Islamic culture, say critics. 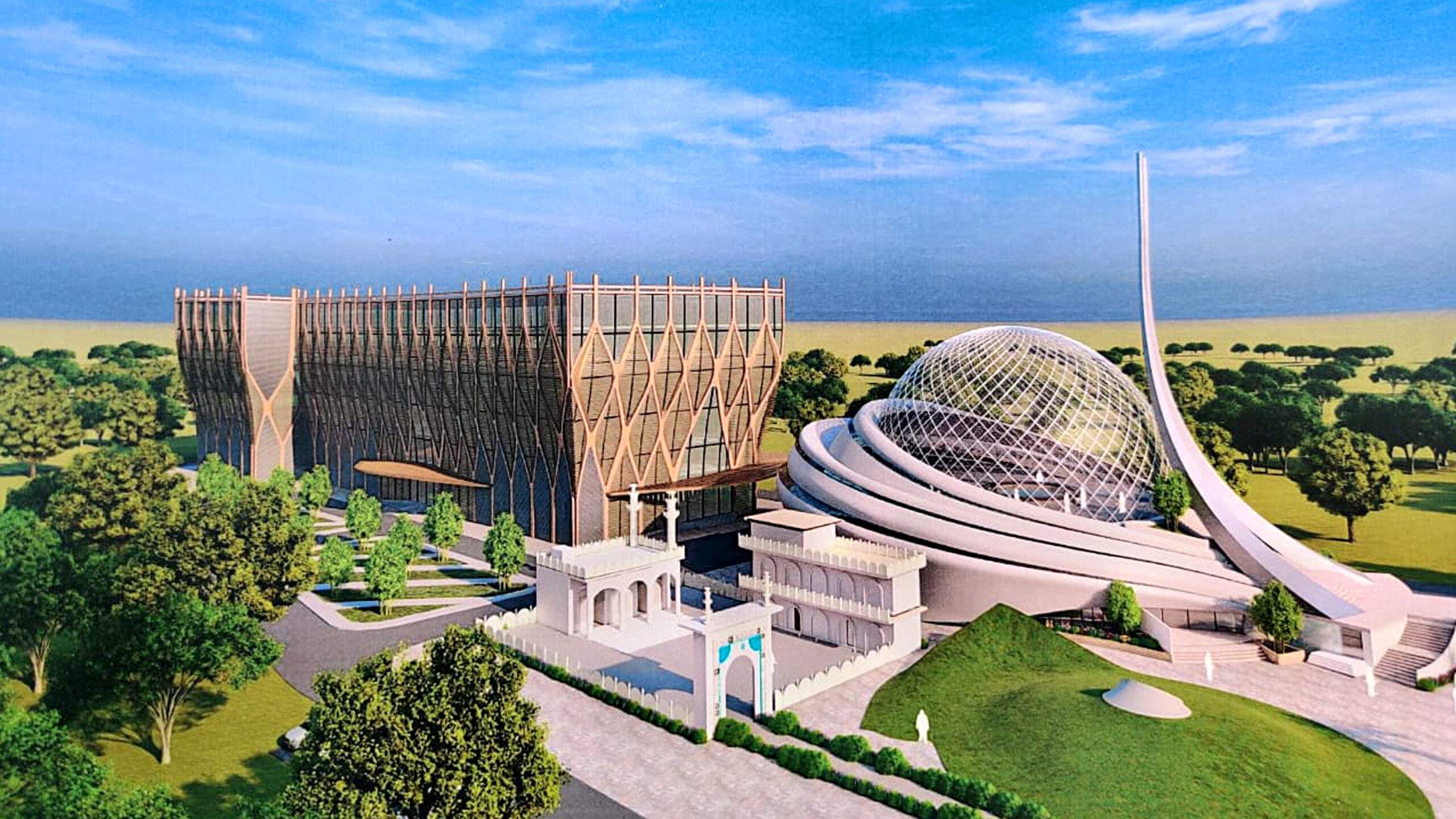 The Dhannipur mosque will have a prayer room, hospital, community kitchen, and museum. (Indo-Islamic Cultural Foundation)

The Indo-Islamic Cultural Foundation (IICF) recently unveiled the blueprint of a new mosque that is to be built at Dhannipur village in Ayodhya, Uttar Pradesh. While most have welcomed the “futuristic” design, some have expressed discontent over the plan.

The mosque features a sky-lit spherical glass dome, a hospital, a community kitchen, a museum and an Indo-Islamic cultural research center. SM Akhtar, dean of faculty of architecture and ekistics, Jamia Millia Islamia, a central university in Delhi, is the project’s chief architect. Pushpesh Pant, acclaimed food critic and historian will be museum curator.

The mosque will come up on a 5-acre plot of land that was given to Indian Muslims as compensation for the demolition of the 16th century Babri Masjid (mosque) in Ayodhya. The mosque was demolished on Dec 6, 1992, allegedly by right-wing Hindu hardliners who believe that the ancient masjid stood on the birth site of the Hindu deity Ram.

On Nov 9, 2019, a Supreme Court verdict granted the entire disputed land of 2.77 acres for the construction of a Ram Mandir and directed the Uttar Pradesh government to allot an alternative five-acre plot for building a mosque.

The IICF is a private trust that was formed in February 2020 to oversee the construction of the Dhannipur mosque after the local district administration handed them the land on August 17, 2020.

“From our survey at Dhannipur, we found that malnourishment was prevalent among women and girl children. So, we thought of starting a community kitchen at the mosque that will serve nutritious meals to 1,000 people in phase-1 of the project.”

The mosque’s proposed design, however, has sought criticism since its release.

“The proposed mosque design looks more like a place for recreation rather than pilgrimage,” said Iqbal Ansari, ex-litigant for the Muslim side in the Ayodhya land dispute case. His father Hashim Ansari was the oldest litigant in the case who had filed the first petition in this matter in 1952.

“After 70 years of struggle at courts at every level – district, state and center – we finally got this land to build a mosque. A mosque is the abode of Allah. It is not a center of tourism and should be marked by simplicity,” said Ansari.

The Dhannipur mosque’s proposed design does not have the minarets or domes generally associated with Islamic architecture in India.

“Every religious structure has its own set of characteristic features, and mosques do too. For instance, mosques in India have minarets,” said Ansari. “The Dhannipur mosque isn’t representative of an Indian ideology but is inspired by foreign architecture. India’s Muslims want this mosque to be identified with Hindustan and take our country’s Islamic culture forward through it. Unfortunately, this seems unachievable through the proposed plan.”

Ansari said he wasn’t consulted about the plan by the Indo-Islamic Cultural Foundation.

Several other people criticized the layout the day IICF released the blueprint on Twitter. Users even questioned the need to build a huge hospital in a village that has a Muslim population of not more than 200.

The “specialty hospital” will have 300 beds and its complex will be six times bigger than the prayer room, which can house 2,000 namazis (supplicants) at a time.

“The Dhannipur mosque fulfills both the criteria laid out in the Quran (Islamic holy text),” he said. “A mosque cannot be built on disputed land and needs to be duly acquired by a legal mandate. Secondly, people seated in the prayer room should face the Kaaba while reading namaaz (prayers).” The Kaaba or Kabah is a building at the center of Islam’s most sacred site, the Masjid al-Haram in Mecca, Saudi Arabia.

“The Quran does not say domes or minarets are necessary for a structure to be considered a mosque,” Abbad added.

“Mosques in cold regions generally have sloping structures on the top to let the snow slide off easily. The Dhannipur mosque is modern in design but does not disrespect any Islamic belief.”

Apart from the mosque’s layout, the procedure for land acquisition too has sparked debate.

The All India Muslim Personal Board (AIMPLB), which had been fighting the Ayodhya land dispute case until the Supreme Court gave its final judgment in November 2019, had filed a review petition challenging the Supreme Court order.

“In its order, the Supreme Court had given an alternative piece of land in exchange for the Babri Masjid site but had not directed that a mosque be built on it. The acquired land is unfit for the construction of a new mosque as per Sharia as it is bartered — the land was taken in lieu of some other mosque.”

“Our review petition filed on Dec 12, 2019, was rejected without giving us an opportunity of hearing.”

IICF’s Athar Hussain is not too perturbed by the criticism of the proposed plan.

“Architecture is an ever-evolving field of study,” he said. “A building should display an architect’s originality. Is it necessary that we build mosques imitating the ones that existed five centuries ago? Also, the idea of domes and minarets in mosques is region-specific and has no relation with Islam.”

“In an era of globalization, the Dhannipur mosque addresses the new requirements of the globe. Our architecture is a token gesture to fight climate change. The project uses a zero-energy concept; solar energy will be the only energy source used here. We will get saplings from all across the globe, including Amazon, Australia, and certain rain forests in Central and South America, and plant them in our mosque complex.”