Bugging Out: Astonishing Robot Cockroach that Walks on Water 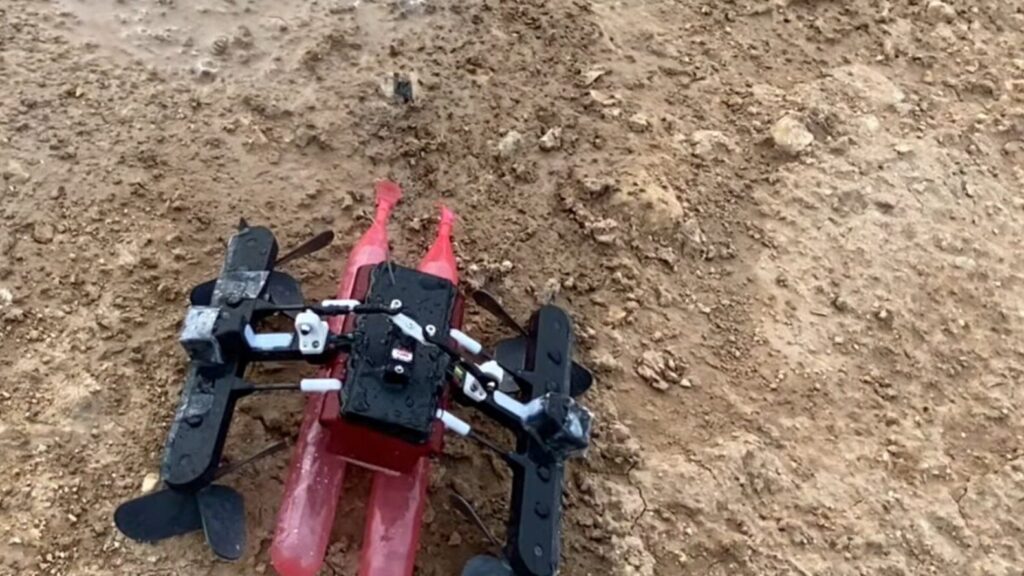 The AmphiSTAR robot from Ben-Gurion University can swim, run on water and crawl on uneven terrain. (Screenshot/IROS)

BEERSHEBA, Israel — Cockroaches and lizards served as the inspiration for a new amphibious robot developed at Ben-Gurion University of the Negev, which can swim, run on water and crawl over difficult terrain.

Bioinspired and Medical Robotics Laboratory Director David Zarrouk and graduate student Avi Cohen presented the mechanical design of the AmphiSTAR robot and its control system at the virtual International Conference on Intelligent Robots and Systems, which began on Oct. 25 and runs until Jan. 24.

“The AmphiSTAR uses a sprawling mechanism inspired by cockroaches, and it is designed to run on water at high speeds like the basilisk lizard,” Zarrouk said. “We envision that AmphiSTAR can be used for agricultural, search and rescue and excavation applications, where both crawling and swimming are required.”

AmphiSTAR is a wheeled robot fitted with propellers, the axes of which can be tilted by using a sprawl mechanism. The propellers can serve as wheels or fins, allowing the robot to reach speeds of 1.5 meters per second (3.3 miles per hour), depending on the terrain.

In addition to crawling over gravel, grass and concrete, the robot has air tanks that also let it float. From there, it can transition between higher speeds when hovering on water and lower speeds when swimming.

Zarrouk has been developing similar robots for many years, including other STAR robots. His minimally actuated serial “snake” robot, for example, uses only two motors to maintain its light weight and functionality. Last year, Zarouk’s group also unveiled the FSTAR robot drone, which has the ability to both fly and travel over rough terrain.

“Our future research will focus on the scalability of the robot and on underwater swimming,” Zarrouk said.

His research was supported in part by the BGU Helmsley Charitable Trust through the Agricultural, Biological and Cognitive Robotics Initiative, and by the university’s Marcus Endowment Fund.

Bugging Out: Astonishing Robot Cockroach That Walks on Water appeared first on ISRAEL21c.