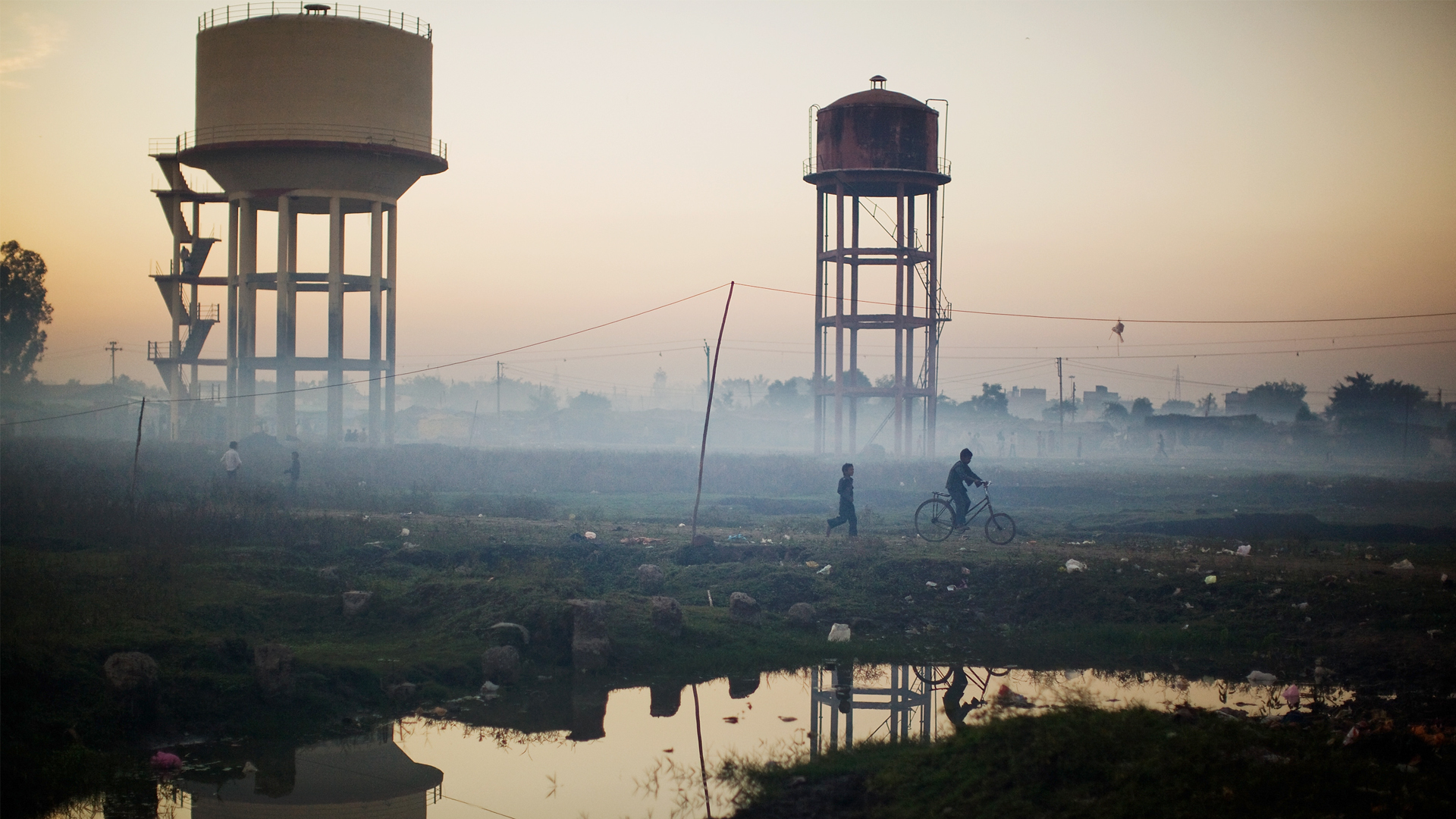 Between 2000 and 2014, there have been over 200,000 industrial incidents and accidents in India, according to government data. (Daniel Berehulak/Getty Images)

KOLKATA/ Chennai — At least four contract workers died after a toxic gas leak at a steel plant in Rourkela, Odisha, in eastern India on Jan. 6.

The incident occurred around 9 a.m. in the coal chemical department at a plant of the government-owned Steel Authority of India (SAIL). The company has formed a committee to investigate the matter.  It was the second such incident at a SAIL plant in two years, and the third in the past six years.

Deadly industrial accidents continue to mount in the country. 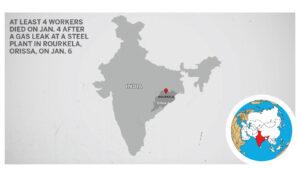 On May 7, 2020, 11 people died and more than 1,000 were injured after a styrene gas leak at a polymer factory in Visakhapatnam, Andhra Pradesh. On the same day, a boiler explosion at the Neyveli thermal power plant in southern state of Tamil Nadu injured eight workers. In yet two more incidents on the same day, seven workers fell ill after inhaling poisonous gas at Shakti Paper Mills in Raigarh, Chhattisgarh, and a fire broke out at a pharmaceutical packaging factory at Satpur, Maharashtra.

In December 2020, two people died and 15 fell ill after a gas leak at a fertilizer factory at Prayagraj, Uttar Pradesh, run by the Indian Farmers Fertilizer Cooperative.

“The series of accidents on one day [May 7, 2020] highlights the shortcomings of safety regulations and raises serious questions on the impact of prolonged Covid-19 lockdown on industrial establishments,” said Apoorva Kaiwar, regional secretary at IndustriAll, a union of manufacturing, mining and energy workers from 140 countries.

“The government of India should activate its inspection system and send warnings across the country to take precautions and avoid such accidents as factories begin to resume work.”

The many accidents have raised concerns over India’s labor safety laws at a time when Prime Minister Narendra Modi is pitching India as a global manufacturing hub.

“If the government wants to retain its credibility in terms of labor welfare, and if the Ministry of Labour and Employment wants to justify its presence, it has to immediately address two critical issues — labor safety and minimum wages,” K. R. Shyam Sundar, professor of human resource management at the Xavier School of Management in Jamshedpur, told Zenger News.

“The government’s outlook towards labor laws is archaic, as prevalent in the 19th century. The issue of safety and minimum wages are as important as the issue of ease of doing business.”

The World Bank reported that India’s ranking for ease of doing business jumped 14 places over the past several years to 63rd in 2020 due to “sustained businesss reforms.”

Between 2000 and 2014, there have been over 200,000 industrial incidents and accidents, according to government data.

In May 2020, the government launched the Atmanirbhar Bharat (Self-reliant India) scheme to boost domestic manufacturing, with a budget of nearly INR 20 trillion ($272 billion) in the form of tax breaks and concessions.

“The new code has utterly failed in addressing the issues of labor safety and minimum wages,” said Sundar. India has also refrained from signing the Occupational Safety and Health Convention by the International Labor Organization.”

The codes give employers more flexibility to lay off employees, shut units and render strikes illegal.

“Only a small fraction of accidents get reported,” said Debanjan Chakrabarti, secretary of the West Bengal State Committee of the Centre for Indian Trade Unions.

“While accidents in sectors like chemicals and gas are reported, there is absolutely no reporting of accidents in sectors like construction and mining. There is not much data on the health hazards of working in asbestos and lead factories, quarries and coal mines. The government has also done away with most provisions which the factories act provided for safeguarding the safety of  workers.”

Dec. 2, 2020, was the 36th anniversary of the Bhopal gas tragedy, one of the deadliest industrial disasters of the century.  A highly toxic gas leak at Union Carbide pesticide plant resulted in more than 2,500 deaths and more than 500,000 injured.