Major internet shutdowns in 21 countries cost the world economy $4.01 billion, a report from the UK says. 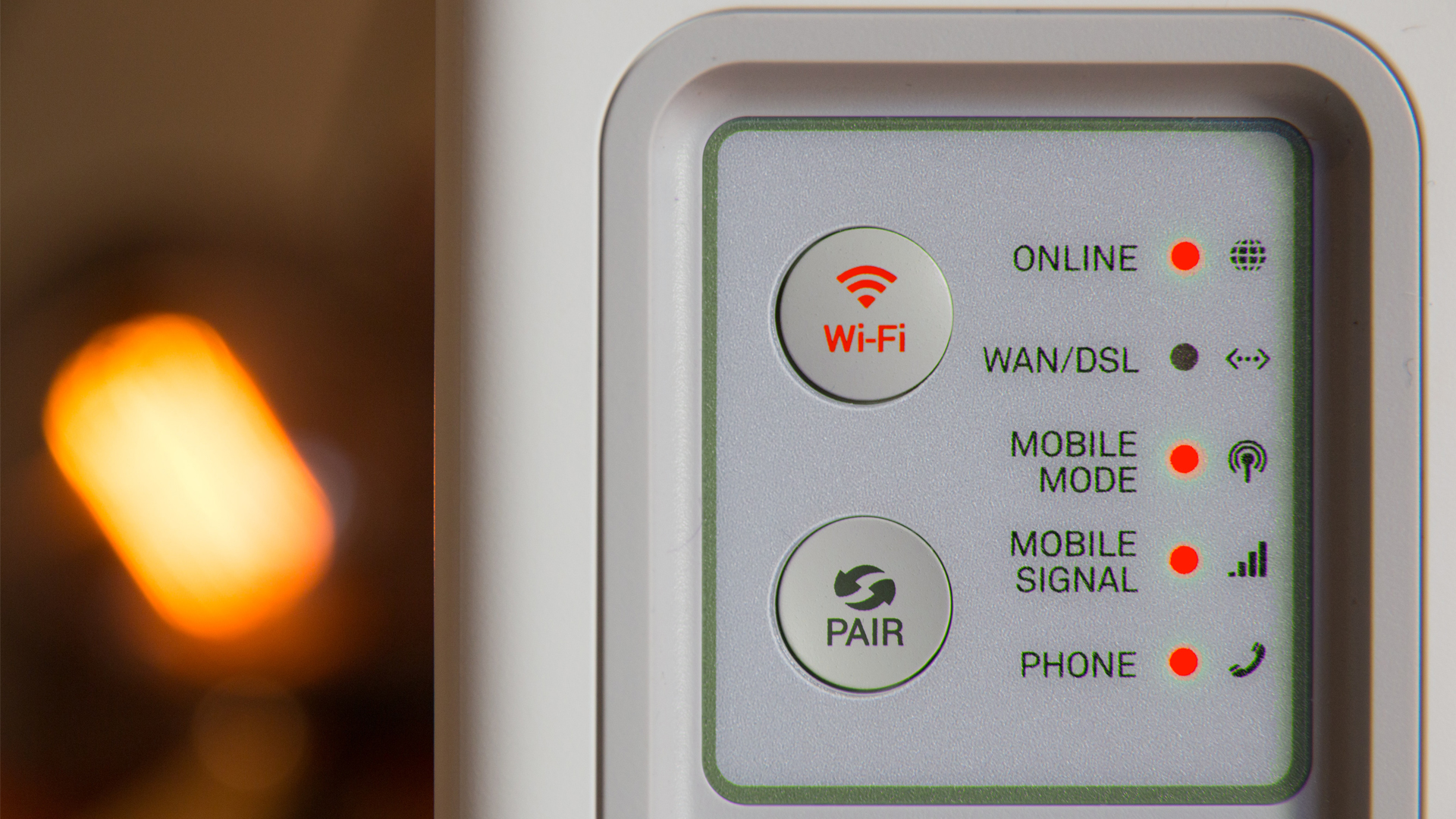 New Delhi, India — With a $2.8 billion loss, India was the “most economically impacted nation” due to internet curbs in 2020, a report from a UK firm states.

Major internet shutdowns in 21 countries cost the world economy $4.01 billion, with India’s losses accounting for around 70 percent of the total, according to a report by TOP10VPN, a digital privacy and security research group.

“While the overall impact on the global economy declined, authoritarian regimes showed little restraint in the face of a global pandemic, and poorer countries were disproportionately affected,” the report states. “India and Myanmar were responsible for the longest shutdowns for the second year running, with restrictions originally imposed in 2019 continuing throughout 2020.”

While India enforced a shutdown of 8,927 hours, Myanmar and Chad followed with 8,808 hours and 4,608 hours, respectively.

TOP10VPN also assessed whether the countries violated any human rights through the shutdown. India was found to have violated people’s right to peaceful protest and freedom of the press, with internet curbs affecting 10.3 million users.

“Even with the pandemic on, the government continued to impose internet bans throughout 2020,” said Prasanth Sugathan, legal director at the Software Freedom Law Center in India. “Apart from disrupting people’s occupation, the shutdowns impacted our access to health services, education, and all other activities that now rely on the internet more than ever before.” 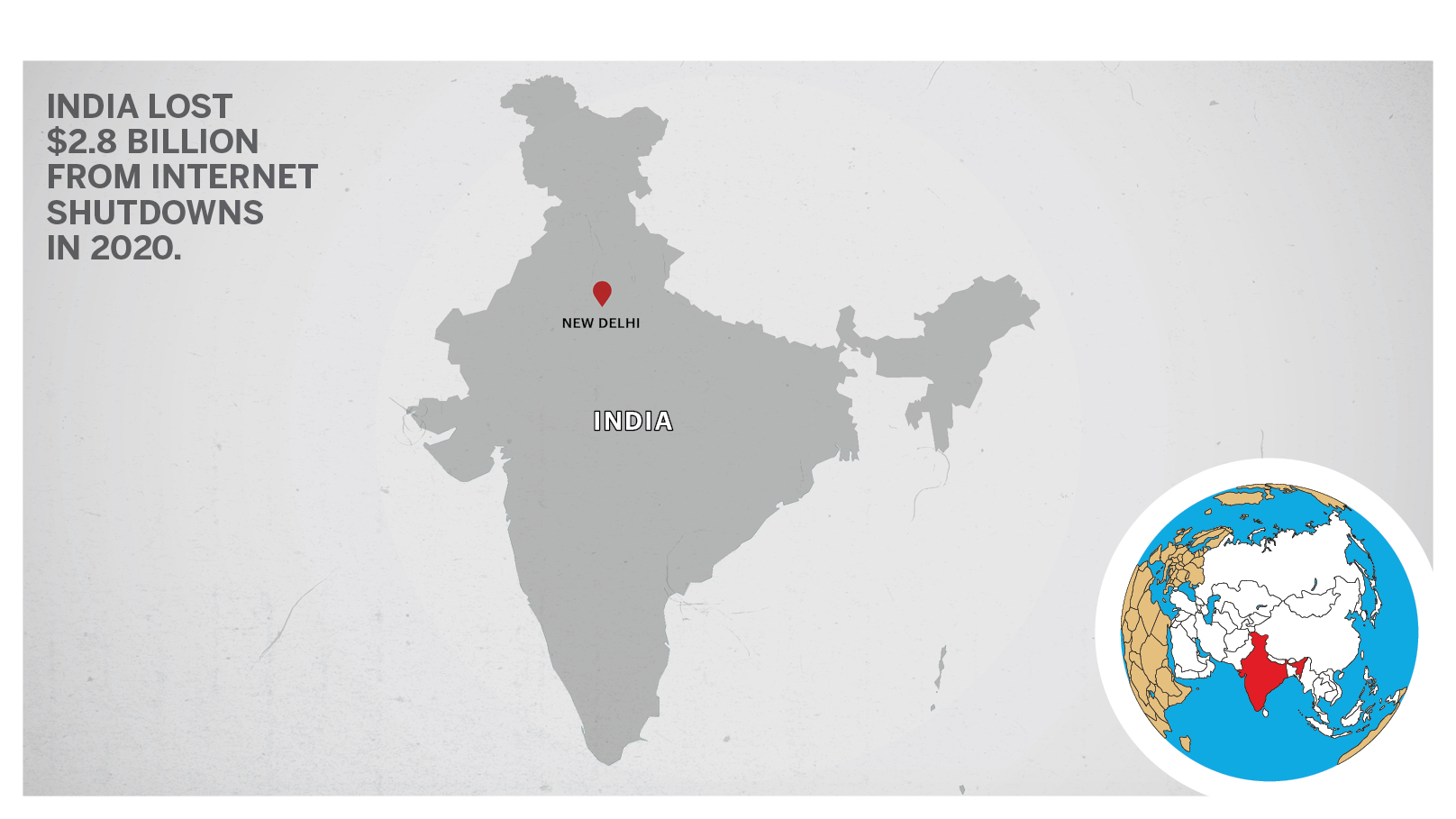 Jammu and Kashmir has been India’s worst affected region due to internet restrictions. A day before repealing Article 370 on Aug 5, 2019, the Indian government imposed a communications blockade in the state. Internet and phone services were shut for 213 days — one of the longest internet shutdowns in any democracy, affecting around 7.5 million internet subscribers.

Even though the national government lifted the ban on March 4, 2020, internet bandwidth has been restricted to 2G for all districts in Jammu and Kashmir except Ganderbal and Udhampur. 4G connectivity in India has an average speed of 13.15 megabytes per second, and 2G speed could be up to 37 times slower.

“The limiting of networks to 2G has made it impossible for online classes to function adequately. Graduate students and teachers have been unable to participate in conferences or have their papers published, causing willful harm to their careers and violating the rights to education,” the Human Rights Forum for Jammu and Kashmir said in a report.

Bandwidth slowing, or throttling, in India totaled 7,272 hours, and there was a complete blackout for 1,655 hours, the TOP10VPN report states.

“The majority of these short blackouts were highly targeted, affecting groups of villages or individual city districts and so were not included in this report, which focuses on larger region-wide shutdowns. The true economic cost is therefore likely to be even higher than the $2.8 billion we have calculated,” the report read.

India experienced 83 internet shutdowns in 2020, down from 106 in 2019. Only a week into the new year, and the country already had its first internet shutdown for 2021. On the first day of the year, the local administration enforced a complete shutdown in Pulwama and Shopian districts of Jammu and Kasmir citing the death of three youths in Srinagar.

“Most of the internet shutdowns do not follow the right procedure to impose a ban. The orders often come from unauthorized officials and despite the mandate, shutdown orders aren’t made public in most cases. Moreover, they are often enforced for petty matters and fail to satisfy the tests of necessity and proportionality, as laid down by the Supreme Court in the Anuradha Bhasin case,” said Sugathan.

After the government banned internet in Jammu and Kashmir on Aug 4, 2019, Anuradha Bhasin, the editor of the Kashmir Times Srinagar edition, filed a petition challenging the shutdown. She argued that the authorities forced the print media to come to “a grinding halt” through the restriction.

In a landmark judgment on Jan 10, 2020, the Supreme Court laid down procedural safeguards for the government to follow before ordering an internet shutdown. Every internet ban should be legitimate, necessary and open for judicial review, according to the court’s judgment, and authorities must consider whether alternative measures exist and impose the least restrictive measure.

The Software Freedom Law Center is fighting a petition at the Calcutta High Court challenging the way local officers in West Bengals’ Hooghly district imposed an internet ban on May 12, 2020. During the strict Covid-19 lockdown, Hooghly’s residents had no access to the internet for six days.

“The order for internet shutdown should come from the state’s Home Secretary or by any person not below the ranks of joint secretary, in emergency cases,” said Sugathan. “The shutdown order in Hooghly had come from the district magistrate, an unauthorized officer in this case. The order also violated directives laid down in the Anuradha Bhasin versus Union of India case.”

Though U.S.-based nonprofit Freedom House rated India “free” in global freedom, the country was declared “partly free” in internet freedom. India’s net freedom declined from a rating of 55 in 2019 to 51 in 2020.