Over 1.25 million deaths in India are attributed to tobacco use, a public health doctor says.
By Jyoti Shelar January 8, 2021
Facebook
Twitter
Linkedin
Email 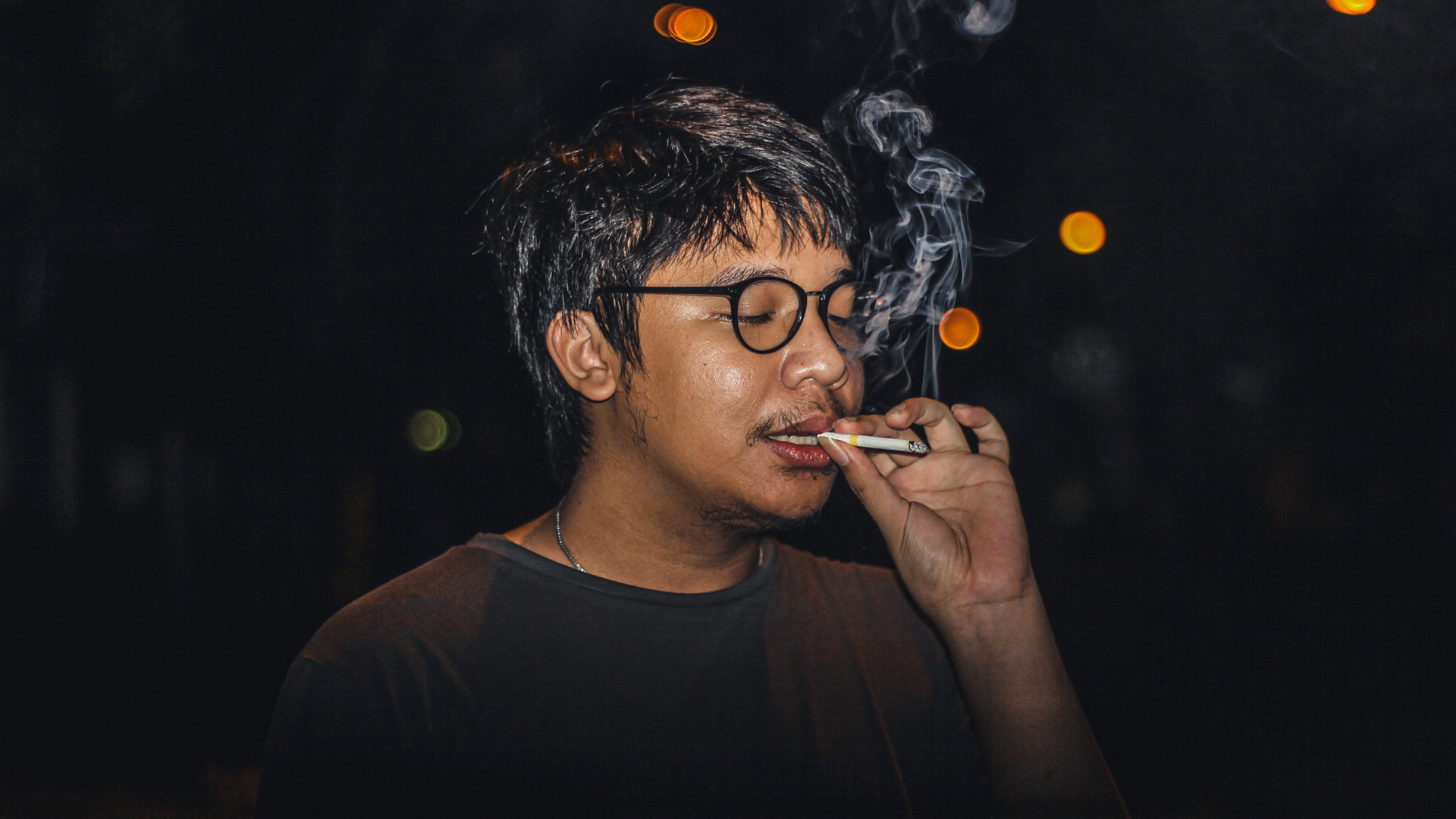 The Ministry of Health and Family Welfare presented a draft of the bill on Jan. 1 for public comment to be submitted by Jan. 31. (Kelvin/Unsplash)

Mumbai, India — The government of India has proposed raising the smoking age from 18 to 21, banning the sale of loose cigarettes, and doing away with designated smoking areas in public places.

While the prevalence of smoking in India has declined since 2010, according to Statista data, it is projected to reach 10 percent by 2025 among the population ages 15 years or older.

The Ministry of Health and Family Welfare presented a draft of the bill on Jan. 1 for public comment to be submitted by Jan. 31. The bill proposes amending the existing act, which dates to 2003.

“The amendments take into consideration all the developments and patterns in the consumption of tobacco over the past 17 years,” said Dr. Pankaj Chaturvedi, a Mumbai-based cancer surgeon and a prominent anti-tobacco crusader.

“Tobacco products such as gutkha and pan masala were popular, but they have been banned now,” he said.

Chaturvedi said many loopholes from the 2003 Act have been plugged in the proposed new bill.

The draft bill states that “no person shall sell, offer for sale, or permit sale of, cigarette or any other tobacco product — (a) to or by any person who is under twenty-one years of age, and (b) in an area within a radius of one hundred meters of any educational institution.”

It also states that “the trade and commerce in cigarette or any other tobacco product shall be in sealed, intact and original packaging.”

“The average age of initiation into tobacco products in India is about 17 years,” said Chaturvedi. “It is known that if there is a delay in the initiation of tobacco use, the chance of getting addicted or habituated is much less. Therefore, when you advance the legal age, the overall consumption rate also goes down. Also, at the age of 21 years, people are more mature to make the right informed choices than at 18.”

While the 2003 Act prohibited smoking in public places, it allowed for smoking areas or spaces in hotels that have 30 rooms and restaurants with a seating capacity of 30 or more, and in airports. That section has been omitted from the draft bill.

“Research has shown that 100 percent smoking-free public spaces are the best way to avoid secondhand smoke exposure,” said Dr. Monika Arora, a public health scientist in the area of noncommunicable diseases, with the Public Health Foundation of India. “It is best for India to finally move in this direction.”

Arora cites Australia as a global leader in tobacco-control activities, with such measures as plain packaging of cigarettes and smoke-free enclosed public spaces.

“For the tobacco industry, their own packaging is like the billboard, but Australia pioneered in addressing this issue by mandating plain and standardized packaging, disallowing logo use and suggesting only use of brand name in limited space as per specifications given to the industry. They even researched on colors and mandated a dull, drab color to be used for the packaging to reduce the attractiveness of packs and improve attention to health warnings on the pack.”

In India, 85 percent of a cigarette pack covered with health warnings.

India has over 266 million smoke and smokeless tobacco users, according to the Global Adult Tobacco Survey, 2016-17.

“The global tobacco epidemic has now assumed pandemic proportions, with about 1.3 billion tobacco users and 6 million annual deaths from tobacco use,” the tobacco survey website states.

“Over 1.25 million deaths in India are attributed to tobacco use,” said Dr. P. C. Gupta, director of the Healis Sekhsaria Institute for Public Health. “The country has an extremely high burden of oral cancers. Considering the amount of health impact due to tobacco use, the government has to work hard on improving the policies to curb it.”

India is one of the signatories to the World Health Organization’s Framework Convention on Tobacco Control. 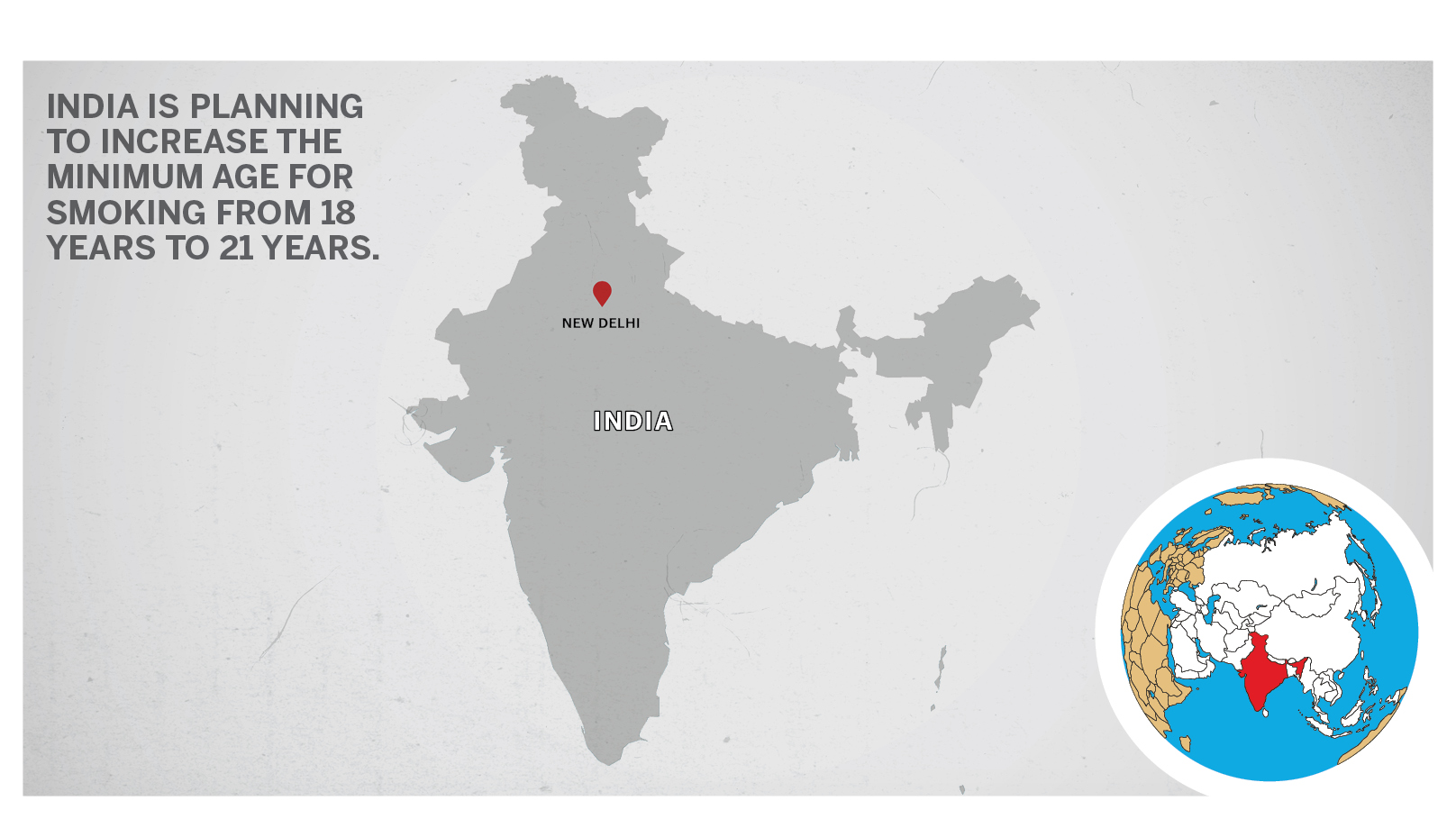 “It is one of the most successful treaties&mldr;,” Gupta said. “The amendments proposed in the draft bill are in line with the best practices adopted internationally, and we must aim at implementing them.”

A committee to amend the 2003 Act was formed in 2014 and though it drafted a bill, no further action was taken. The committee was revived in 2019. The new draft is presented as The Cigarettes and Other Tobacco Products (Prohibition of Advertisement and Regulation of Trade and Commerce, Production, Supply and Distribution) (Amendment) Bill 2020.

India’s former health minister Ambumani Ramadoss pushed for a ban on smoking on screen in films and television programs and had implemented the restrictions in 2005. The ban was eventually overturned a few years later. Meanwhile, tobacco companies opted for massive surrogate advertisements.

In 2019, in a response to a question raised in Lok Sabha, the Information and Broadcasting Minister Prakash Javdekar said that anti-tobacco messages should be screened for 30 seconds in the beginning and middle of a film or program. He also said that static anti-tobacco health warnings have to be displayed when tobacco products or their use is shown in a film or program.

India has also banned e-cigarettes in 2019.