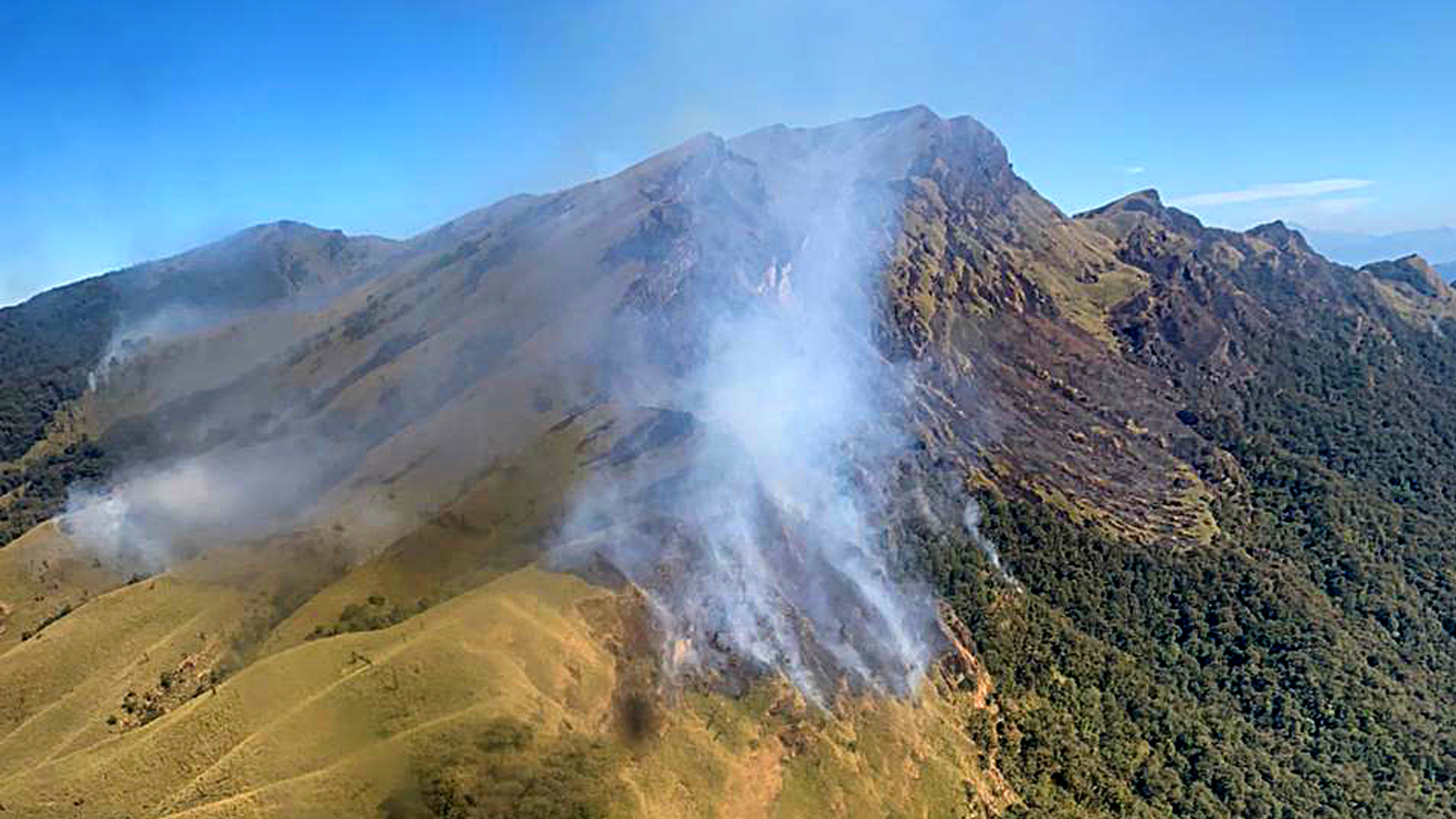 View of the Dzükou range ravaged by a fire that started on December 29. (Photo: Ketholeno Neihu)

A major fire broke out on December 29, 2020, in the pristine Dzukou valley that straddles the states of Nagaland and Manipur in India’s northeast.

The fire, which started in the portion of the valley that lies in Nagaland, soon spread to adjoining Manipur.

The government sent in four Indian Air Force helicopters, over 100 specialized disaster response personnel, forest officials, and hundreds of local volunteers to contain the fire. The southern side of the mountain on the Manipur side is still raging, while it is under control in Nagaland.

The valley that is at a height of over 2400 m above sea level and is spread over 27 sq. km, has two trekking tracks that start from the towns of Viswema and Jakhama in Nagaland.

The fire is said to have started at the Viswema track that has a higher tourist influx because of an easier gradient. District administration officials have not ruled out anthropogenic activity as a cause of the wildfire. Forest fires are often caused by carelessly disposed cigarette butts, naked flames, or electric sparks that burst into flame when they come in contact with inflammable materials.

“The reason of the fire has not yet been ascertained, but we cannot rule out human activity,” said Rajkumar M, Divisional Forest Officer of Kohima, capital of Nagaland.

Rajkumar coordinated with the local administration to control the fire on the Nagaland side.

Dzukou valley is known for its rich flora and fauna is a popular tourist destination. Deer, wild boar, Asiatic wild bear, wild cat, and Nagaland’s state bird Blyth’s Tragopan — a rare pheasant — are some endangered species that take shelter in the valley. Between April to September, it is known as the “valley of flowers,” as it gets carpeted by the Dzukou Lily that is endemic to the valley.

Large swathes of the valley are covered by an invasive dwarf bamboo species called Sinarundinaria rolloana. The dwarf bamboo bushes that are about 30 cm in height, invade the forested areas after a fire and suppress other native species. The bamboo has become an ecological threat to the valley’s biodiversity. 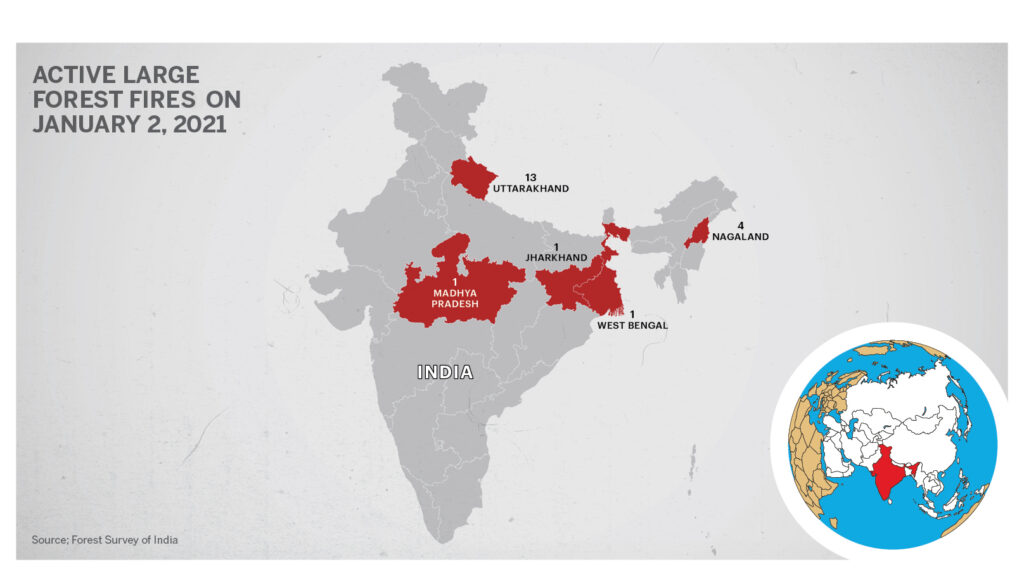 “The dwarf bamboo shrubs grow vigorously after a fire resulting in rapid colonization and invasion of the space created by the forest fire,” said Prof. Sapu Changkija, who teaches botany at Nagaland University.

There is a strong correlation between frequent fires, the spread of bamboo shrubs, and the influx of thousands of tourists across the year.

“Tourists use dry leaves for cooking during their camping trips, which often leads to forest fires,” said Changkija.

Besides human activities, the changing climate is also feeding the forest fires. Lack of winter rain has increased dryness and reduced humidity which plays a significant role in spreading fire.

“Winter rain in this area usually starts from December and continues till mid-January, but it has not yet started in the valley this year,” said Sha.

Forest fires are not new to the northeastern states. People of this region practice shifting cultivation (Jhum system) where patches of forest are deliberately burnt every year to grow crops like paddy.

Nagaland and Manipur forests are extremely fire-prone. Around 4.5 percent of Manipur’s forest area is prone to forest fires, while it is 3 percent for Nagaland.

The report also shows that nearly 36 percent of the country’s forests are prone to fires, and of this, over 10 percent are in the highly prone category i.e. the number of fire incidents happen at least four times in a year.

“Forest fires affect both our lungs and climate,” said Anumita Roy Choudhary, Executive Director of the New Delhi based-environment think tank Center for Science and Environment. “Forest fires emit carbon, which absorbs solar radiation and warms up the atmosphere. This consequently speeds up snow melting and interferes with cloud formation and rainfall,” she said.

“There is need of participation of all stakeholders in forest management like the locals who live at the edge of the forest, government agencies, civil societies, communities staying inside forest, and wild life conservationists,” said Dr. Ajay Kumar Saxena, a Delhi based forest management consultant. “A well-planned ecotourism policy could be a starting point in this direction.