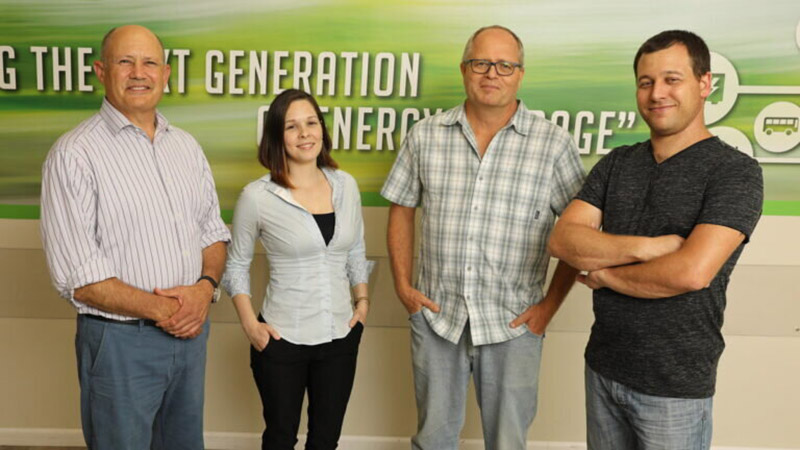 HAIFA, Israel – An Israeli start-up is being recognized for an innovative technology that’s designed to make hydrogen fuel much more affordable.

Israeli startup H2Pro has been named “best company in the scale-up track” in Royal Dutch Shell’s New Energy Challenge competition. H2Pro was one of five finalists, and the only one from Israel.

First, a bit of background: Hydrogen is an ideal “green” replacement for fossil fuels. When hydrogen is burned or converted into electricity using a fuel cell, the only byproduct is water; there are no harmful CO2 emissions. And one kilogram of hydrogen packs as much energy as a gallon (3.8 liters) of gasoline.

Unfortunately, although hydrogen is one of the most abundant elements on earth, almost all hydrogen is “locked up” in molecules, mainly as water and other organic compounds. The most common way to extract hydrogen is from natural gas, but the process releases large amounts of carbon dioxide. A less polluting approach is to split water into oxygen and hydrogen using electrolysis, but this method isn’t energy efficient.

H2Pro’s E-TAC system solves those problems by generating hydrogen and oxygen in two separate processes that reduce costs significantly and can play “a critical role in the reduction of polluting vehicle emissions as well as in clean production of materials and chemicals, heating and storing renewable energy,” the company says.

E-TAC also increases energy efficiency for the resulting hydrogen by 20% to 25% compared to the alternatives, improves safety during the production process and reduces the cost of building the system by 50%.

H2Pro CEO Talmon Marco says that by using E-TAC, the price of hydrogen can come down to just $2 per kilogram, a fifth of its current price, by as soon as 2023. Later this decade, he predicts, the price will halve.

H2Pro’s technology was invented at the Technion – Israel Institute of Technology. The company was founded in 2019 by Technion researchers Prof. Gideon Grader (chemical engineering), Prof. Avner Rothschild and Hen Dotan (materials science and engineering), in collaboration with Marco and other founders of Israeli voice-over-IP and instant messaging platform Viber.

H2Pro has a license to commercialize the technology and has raised capital from Hyundai, Sumitomo and Bazan. Israel’s Ministry of Energy and the European Commission also have supported H2Pro’s work. The company employs about 35.