Capoeira’s Origins: A History of Slavery, Art and Struggle 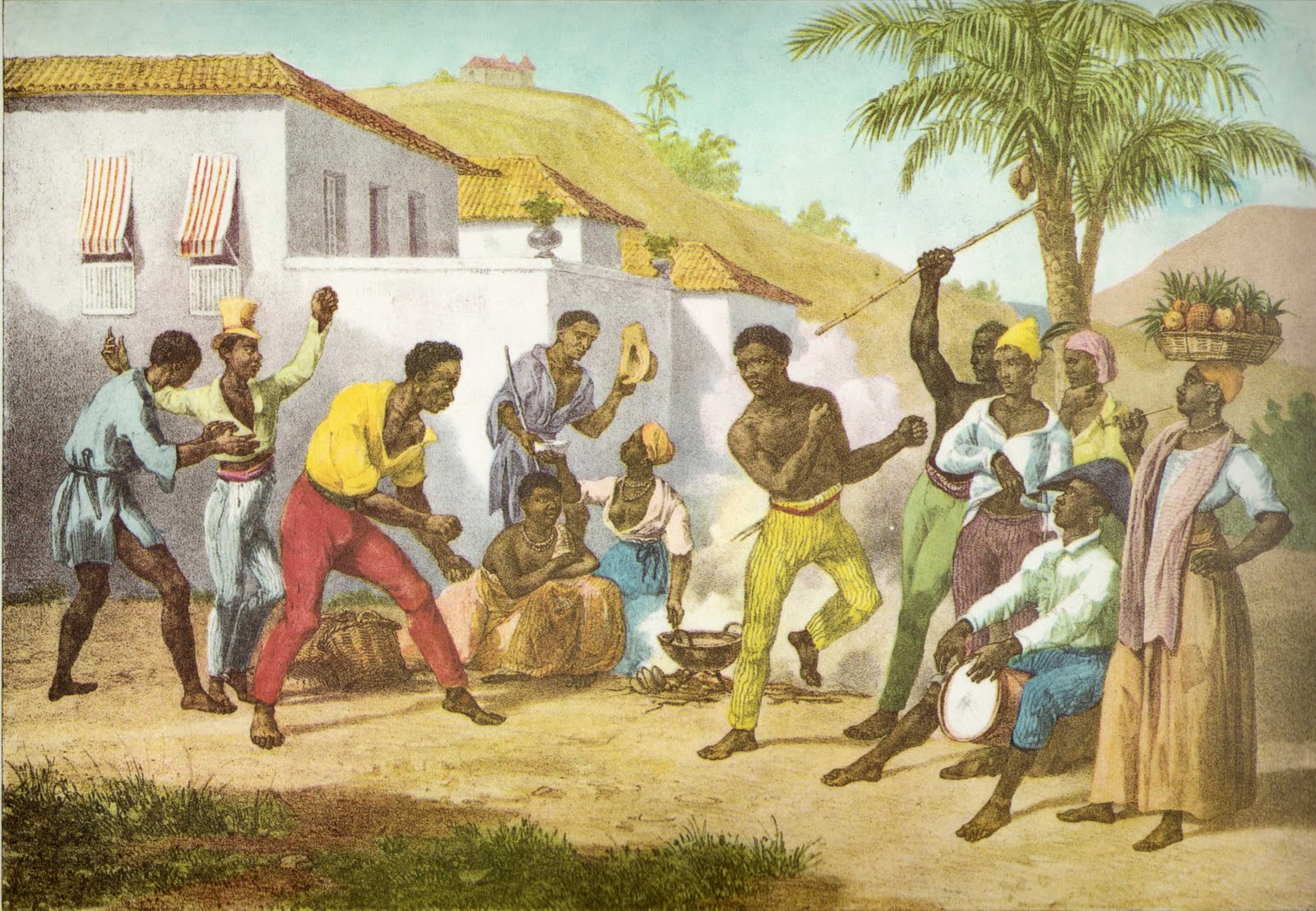 Brazilian culture is as extensive as it is beautiful.

Beautiful beaches, delicious food and gentle people are among the staples of Brazil. Yet, on the beaches and in the streets, tourists can hear the sound of music and enjoy watching a martial art unlike any other: Capoeira.

No one knows precisely where the word came from or where the martial art/dance began. Some people believe it has its origins in the Tupi-Guaraní language. “Caá,” field bush, and “puêra,” that resulted in the words capuíra, capoêra and Capoeira.

However, some scholars believe it comes from a particular type of cage to transport birds that slaves had to carry to the markets. They believe these cages became a symbol of slaves who practiced Capoeira while waiting for the traders to arrive.

What is the story behind Capoeira?

The link this practice has with sport and tradition relates to 14th-century slavery.

Portugal transported West African slaves to its South American colonies. The slave trade was so massive that around 12,000 African men, women, and children arrived in Portugal as slaves.

Brazil was the largest hub for slavery in the Americas. Brought from Africa to work in cane and cotton plantations, these people caused a sociopolitical mix that enriched the country. Both the natives and the African slaves shared their customs and traditions, strengthening the theory that Capoeira arose as a courtship dance in Angola.

There is some controversy regarding the fact that people are unsure if Capoeira came from African slaves or is of Brazilian origin. But Capoeira remains an expression of resistance against tyranny and oppression that was practiced in secret to strengthen the spirit during difficult times. Also, people believe that Capoeira was a way to train in a disguised manner, by practicing a dance.

In time, several slaves escaped from colonial plantations and founded small villages called “Quilombos.” These villages were self-sufficient, with some, like Palmares, remaining independent for more than a century!

Zumbi dos Palmares was the leader of this town of 20,000 escaped slaves who maintained their independence until 1694. The Portuguese decided to eliminate the quilombo following a rejection of a peace treaty between Palmares and Colonial Brazil. They hired Bandeirante Domingos Jorge Velho, who sieged the quilombo’s capital, Cerca do Macaco, until the slaves surrendered.

Brazil abolished slavery in 1888. The freedmen soon spread Capoeira to all Brazil cities, but since social stigmas still existed, it was difficult for former slaves to find jobs. During this era, people snobbishly associated Capoeira with poverty and crime.

“Capoeira is a martial art. It is the art of hiding struggles through dance. Many people think it is just dance because they see us and believe Capoeira to be a “look, but don’t touch” kind of thing. The idea is that Capoeira seeks to dodge the blows instead of stopping them. It is not a choreography: What they see is what is happening at the moment,” said Carlos Murrieta, a Mexican practitioner.

In 1890, the Brazilian government prohibited Capoeira and punished practitioners in a cruel manner: by cutting the tendons of their backs and ankles. Yet, Capoeira persisted. Practitioners taught it in secret spots called “Rodas.”

When a watchman noticed police officers were near, they would play a particular rhythm with their berimbau so practitioners could escape. They all had fake identities so that, even if the policemen caught them, they could run without suffering any harm. Nowadays, the fake name tradition continues, as the rest of the group gives new practitioners a nickname.

When racial tensions peaked in Brazil, Capoeira remained a symbol against oppression. Police would arrest anyone they saw practicing Capoeira in public spaces, although over time, the sentences were less harsh.

“Capoeira requires a great degree of physical strength. Although it is advisable that people start practicing it at a young age, as long as there is a good physical condition, anyone can practice it. People do not need to be thin; rather, be fit,” said Carlos Murrieta.

In 1937, Brazilian president Getúlio Vargas decreed that practicing Capoeira would no longer be a crime. He reinstated Capoeira with the Decree-Law 487, which allowed its practice in public spaces. Brazilians could finally enjoy Capoeira without repercussions, and this symbol of the oppressed became a national identity enjoyed by people throughout the world.

(Translated and edited by Mario Vazquez. Edited by Melanie Slone and Fern Siegel.)