The Health Care Personal Option vs. the Public Option

With the GOP in disarray, some groups promote new healthcare ideas 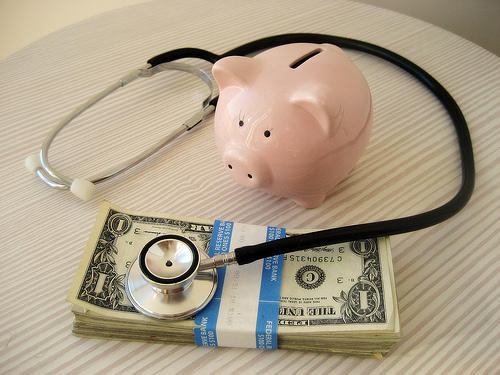 WASHINGTON — As President-elect Joe Biden continues to staff his incoming administration, health care has jumped back into Washington, D.C. policy discussions. Amid talk of a public option, or “Medicare for All,” some health policy advocates are proposing a “personal option.”

One organization, Americans for Prosperity, is urging lawmakers to support such an alternative to Biden’s progressive health care agenda to lower costs, increase coverage and help small businesses keep staff.

“Health insurance plans have failed to keep pace with the realities of the current job market,” the group’s senior fellow Dean Clancy told Zenger News. “As employees transition from roles with greater frequency or become self-employed, personalized plans that emphasize flexibility and portability have become essential. Some people think a public option presents a solution to this challenge; to the contrary, a public option would backfire by reducing choice and increasing costs for employers and employees alike.”

According to Clancy, a plan he calls the personal option combines the best of liberal goals for universal access with conservative goals to reduce government involvement in health care.

“We need a personal option that provides universal access to affordable, high-quality care without a government takeover,” he said. “Congress should expand Health Savings Accounts that allow employees to pay out-of-pocket medical expenses tax-fee and workplace Health Reimbursement Accounts which enable employees to use money from their employer to purchase private, portable health insurance.”

Expanding the portability of health insurance and how it can be used meets a growing transience among U.S. workers. Kaiser Family Foundation reports that nearly half of Americans get their health insurance from employers, creating short-term insurance gaps that are often left unfilled until a new job is secured or expensive COBRA insurance is purchased. A January 2020 Bureau of Labor Statistics report showed that median job tenure for workers aged 25-34 was 2.8 years, compared to 9.9 years in the same job for people aged 55-64. The same federal agency more recently showed that this age bracket’s workers were the most likely to be out of work in the last four weeks due to an employer closing amid the pandemic and/or related restrictions.

Health Savings Accounts were created in 2003 to give people with high-deductible health insurance more flexibility on their health care spending. Health Reimbursement Accounts have existed since the 1960s, but were codified by the IRS in 2002 to clarify how employees can spend money invested by employers in a Health Reimbursement Account. Americans for Prosperity has endorsed several bills in Congress that it says would expand both programs. According to a September 2020 policy paper by the group, Health Savings Account users “enjoy the equivalent of a 15 to 40 % discount each time they purchase a health care item or service, depending on their tax bracket” because health care spending through both types of accounts are tax-deductible.

Clancy’s plan stands in sharp contrast to Biden’s focus on supporting the Affordable Care Act with $750 billion in taxpayer money and a public option that critics say will lead to a government takeover of health care through Medicare for All. But Medicare for All has the support of powerful progressives such as Rep. Alexandria Ocasio-Cortez (D-N.Y.), Senator Bernie Sanders (I-Vt.), and California Attorney General Xavier Becerra, who has been picked as Biden’s choice for secretary of the Department of Health & Human Services.

As of press time, Ocasio-Cortez and Sanders did not respond to requests for comment about how the personal option would affect Americans’ health care coverage and costs.

Clancy points to a number of bills in Congress that would allow young workers to take their health insurance with them even if their previous employer contributed. Under these pieces of legislation, money in Health Savings Accounts and Health Reimbursement Accounts can be used for any number of services and for any number of health care models.

One of those models is Direct Primary Care, a fast-growing no-insurance physician model of care that a 2020 Society of Actuaries study found reduced overall care sought by participants by 12% when compared to a traditional insurance model. Direct Primary Care patients also sought emergency care 40% less often, frequently made same-day appointments, procured tele-health options usually for free and spent over twice as much time with their doctors as insured patients.

The cost savings add up at Umbehr’s  practice and other Direct Primary Care practices, he noted.

“This combined value helps small businesses to decrease their insurance premiums by 30% to 60%,” he said. “A 2019 Wall Street Journal article stated that the average employer health insurance cost is $20,500 per year; these are significant savings for the 30.2 million small businesses and their 58.9 million employees which existed in 2018, according to the Small Business Administration.”

“When I first entered private practice, my patients and I were able to determine choice of treatments since the largely paid directly for their care, or their insurance companies stayed out of treatment decisions,” said Dr. Joel Strom, a National Institutes of Health dental advisory board member and a former California State Dental Board member.

He added that this is no longer the case, and that care has suffered. He’s also seen the business impact firsthand.

With no clear alternative to the public option that doesn’t include more government control and influence of America’s healthcare system, Clancy says “the personal option provides patients with the choice and control they deserve.”