Scottish Doctor Reunited with Girl He Saved 25 Years Ago

The anesthetist’s wife sought help from the Italian media to trace down the girl.
By Iskra Petrush January 6, 2021
Facebook
Twitter
Linkedin
Email 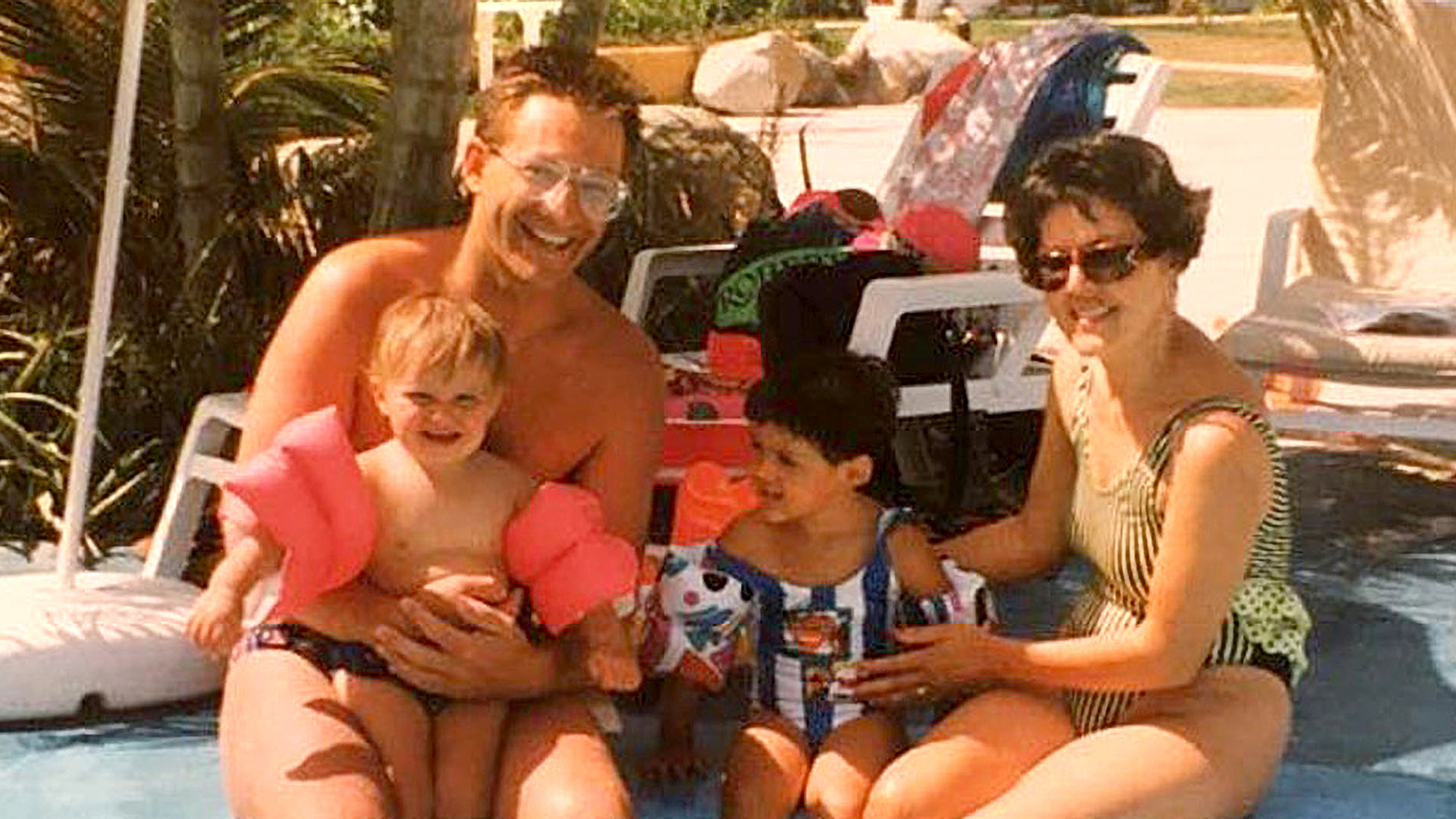 The little girl, Sarah (blue dress), with her mother and the doctor Vincent Perkins (left) who rescued her on their vacation in Cuba. (Rory Perkins/ Newsflash)

SOUTH SARDINIA — A Scottish doctor was reunited with a Sardinian girl he saved over 25 years ago during a holiday in Cuba.

Vincent Perkins, 45, revived the three-year-old Sarah Carto with Cardiopulmonary Resuscitation after she was pulled out of the swimming pool at the country’s Camaguey Province resort in 1994.

“I’m that little girl you saved many years ago in Cuba,” said a jubilant Carto to Perkins during a surprise video call arranged by Perkin’s wife Dawn in the last week of December with help from the Italian media.

“We talked a little. I finally had the opportunity to thank him because, without him, I would not be here now,” Carto told the Italian media revealing that both the families will be meeting soon.

Dawn said her husband was crying with emotion after he ended the call.

“We cannot stop talking about it,” she said.

Recalling the incident, Dawn said that she had informed only one couple on that holiday about their profession.

When the incident took place, Carto’s parents ran to Perkins and his wife seeking help for the struggling child. With no signs of any movement on the young girl’s face, Perkins immediately inspected her.

“We handed their daughter to the lady, so she would look after her and ran to the poolside. There was a big crowd screaming and crying as she had stopped breathing and had no oxygen,” Perkins said

He then performed mouth-to-mouth resuscitation on her for two minutes before she coughed, vomited, and started breathing again.

“The larynx was in spasm as this happens in children to stop the water from going into the lungs. Vincent had to blow very hard to get the air in. It was a fantastic moment and the crowd were crying, laughing and yelling with joy,” Dawn said.

Perkins accompanied the young girl and her mother to a nearby hospital, but there were none in the vicinity.

“I felt so sorry for her parents as the emotions were so intense. Vincent and her mum went in a taxi to a tiny clinic but it was the early days of tourism in Cuba, and they had no facilities. In Scotland or Italy, you would have been admitted to intensive care for monitoring,” said Dawn.

Perkins and the girl’s parents went back to the hotel where she was monitored all night.

“Vincent visited her a few times, but she had a full recovery and was playing happily the next day. That was such a relief,” Dawn said.

The Scottish couple was very happy that they were at the hotel.

“We had been out diving a few times and were away from the hotel quite a bit,” she said.

At the end of the holiday, the Scottish and Sardinian families said their goodbyes. Although they knew they would never forget each other, they lost touch as the internet was in its infancy and it was long before the days of social media.

Perkins’ wife decided to seek the help of local media in Sardinia to reunite with the family as a late treat for her husband who had turned 60 in November.

Carto came forward and spoke to the Perkins family through a video call deciding to meet in person when the pandemic is over.

“It’s such an amazing happy ending. I loved seeing her mum and dad. I wish I could speak Italian to them,” Dawn said.