The demeaning practice has been outlawed by several countries in the region. 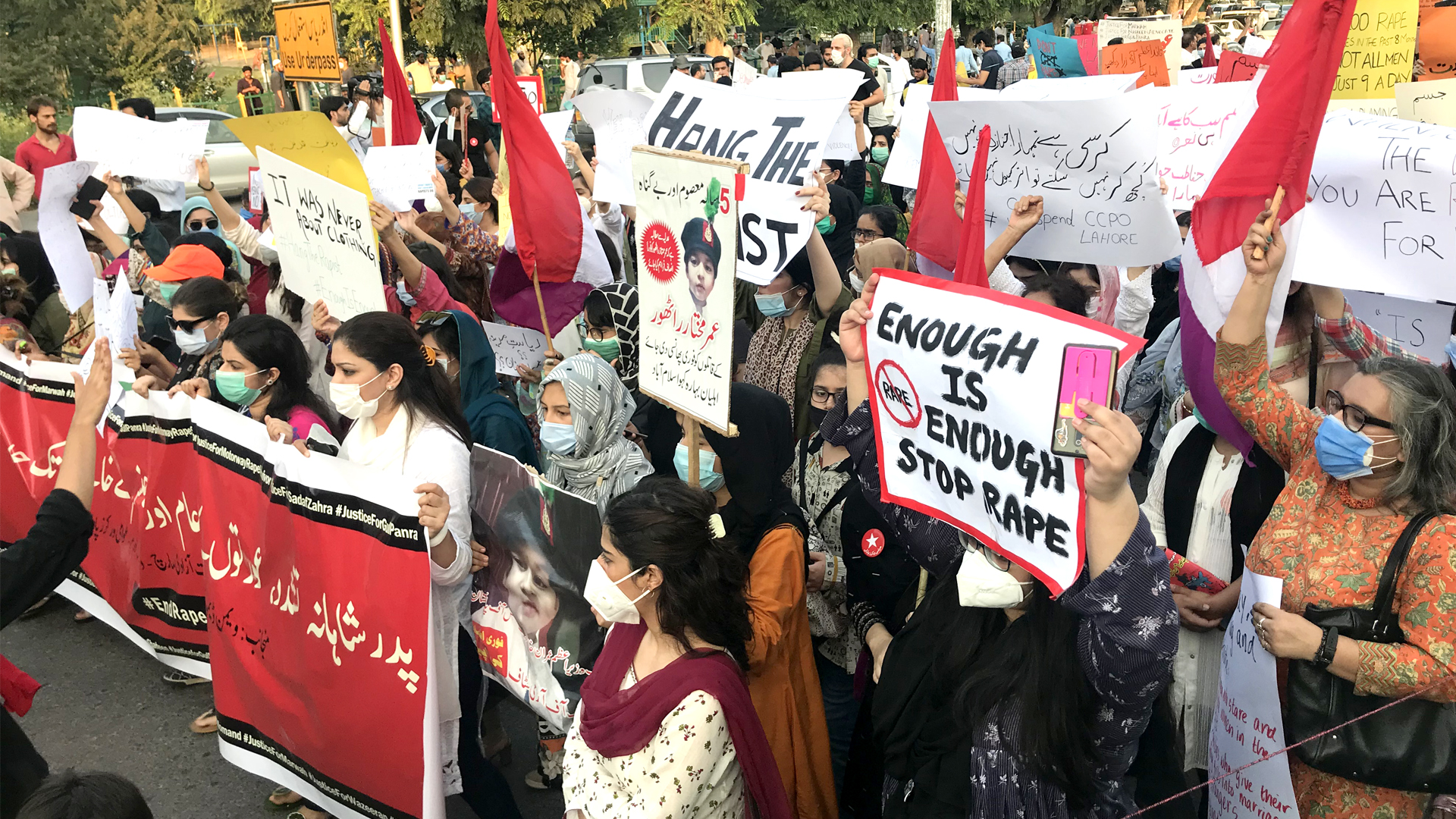 Campaign against the two-finger test gained momentum after a mother was raped at Lahore motorway in front of her children last year. Countrywide protests were held. (Raza Hamdani)

LAHORE — Human rights activists have welcomed a ruling by a Pakistani court to outlaw a “virginity test” for survivors of sexual assault.

The high court in Lahore, the capital of the Punjab province, on Jan. 4 issued the judgment in response to petitions filed by rights activists and journalists that claimed the intrusive and demeaning practice is unreliable, unnecessary and has no scientific basis.

Justice Ayesha Malik said the virginity test “offends the dignity of the female victim” and is contradictory to Article 9 and Article 14 of the Constitution, which are related to the security and dignity of a person.

The judgment said the tests were “discriminatory against the female victim as they are carried out on the basis of their gender and therefore offend Article 25 of the Constitution.”

The judge directed the federal and provincial governments to take steps to “ensure that virginity tests are not carried out in the medico-legal examination of the victims of rape and sexual abuse.” 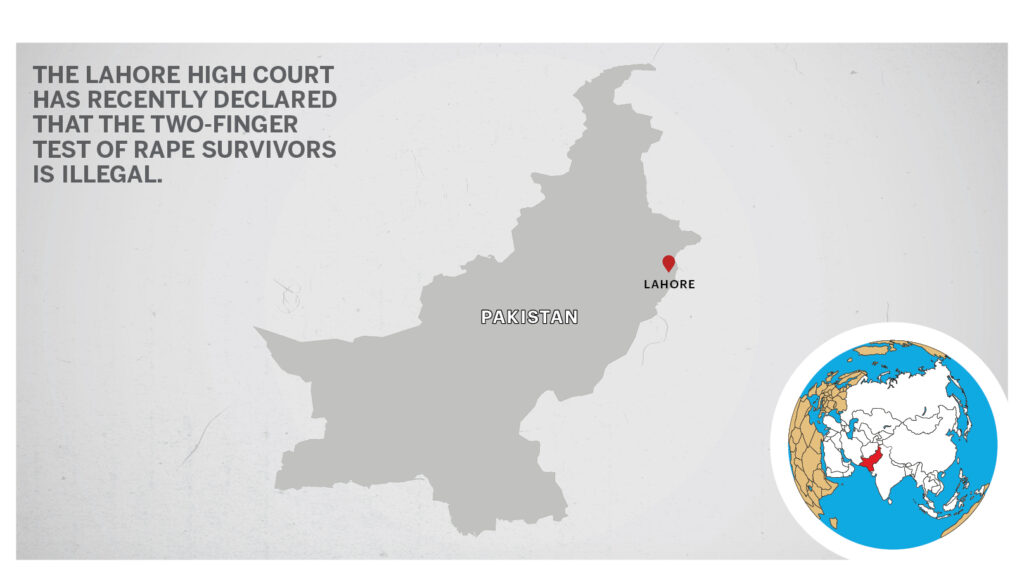 “Women who report rape are very brave,” Islamabad-based rights activist Farzana Bari said. Unfortunately, she said, rape victims who are already in trauma, were subjected to the humiliating test. “She is neither told beforehand, nor is her consent taken.”

Bari said many rape survivors she has worked with have decried the test. She also said a number of doctors who have conducted the test have questioned the rationale for using it.

The justification for the test was to ascertain whether the victim is sexually active, according to the court document.

Several organizations, including the UN Entity for Gender Equality and the Empowerment of Women and the World Health Organization have issued a global call to eliminate virginity testing.

Virginity testing is a long-standing tradition that has been documented in at least 20 countries across all regions of the world, the WHO states.

“Women and girls are subjected, and often forced, to undergo virginity testing for various reasons,” the WHO states in its report. “These include requests from parents or potential partners to establish marriage eligibility or from employers for employment eligibility. It is mostly performed by doctors, police officers, or community leaders on women and girls in order to assess their virtue, honor or social value.”

Pakistan is a signatory to and has ratified the Convention on the Elimination of All Forms of Discrimination against Women, which states that there is no medical or scientific basis for carrying out virginity testing in sexual abuse or rape cases of female victims.

The International Covenant on Economic, Social and Cultural Rights, 1966, ratified by Pakistan, denounces the virginity test for having adverse physical, psychological and socioeconomic consequences. Pakistan is also a signatory to the 1995 Beijing Declaration and Platform for Action of the Fourth World Conference on Women, which calls upon all states to take all appropriate measures to eliminate harmful, medically unnecessary or coercive medical interventions.

“Pakistan has international obligations to fulfill,” said Zain Naqvi, a Karachi-based lawyer. “It is the responsibility of the government to ensure that all necessary steps are taken to prevent discrimination and specifically to prevent carrying out virginity testing.

“Globally it is accepted that virginity testing does not establish the offense of rape or sexual abuse, nor does past sexual conduct have any relevance in the medico-legal examination which aims to collect evidence on the charge of sexual violence.”

Pakistan’s President Arif Alvi approved the Anti-Rape Ordinance 2020 in December to ensure speedy trials in rape cases and allowing chemical castration of those convicted of rape. Disclosing identities of victims is prohibited, under the ordinance.