Mexican Esquites Give a Tasty Twist to Corn 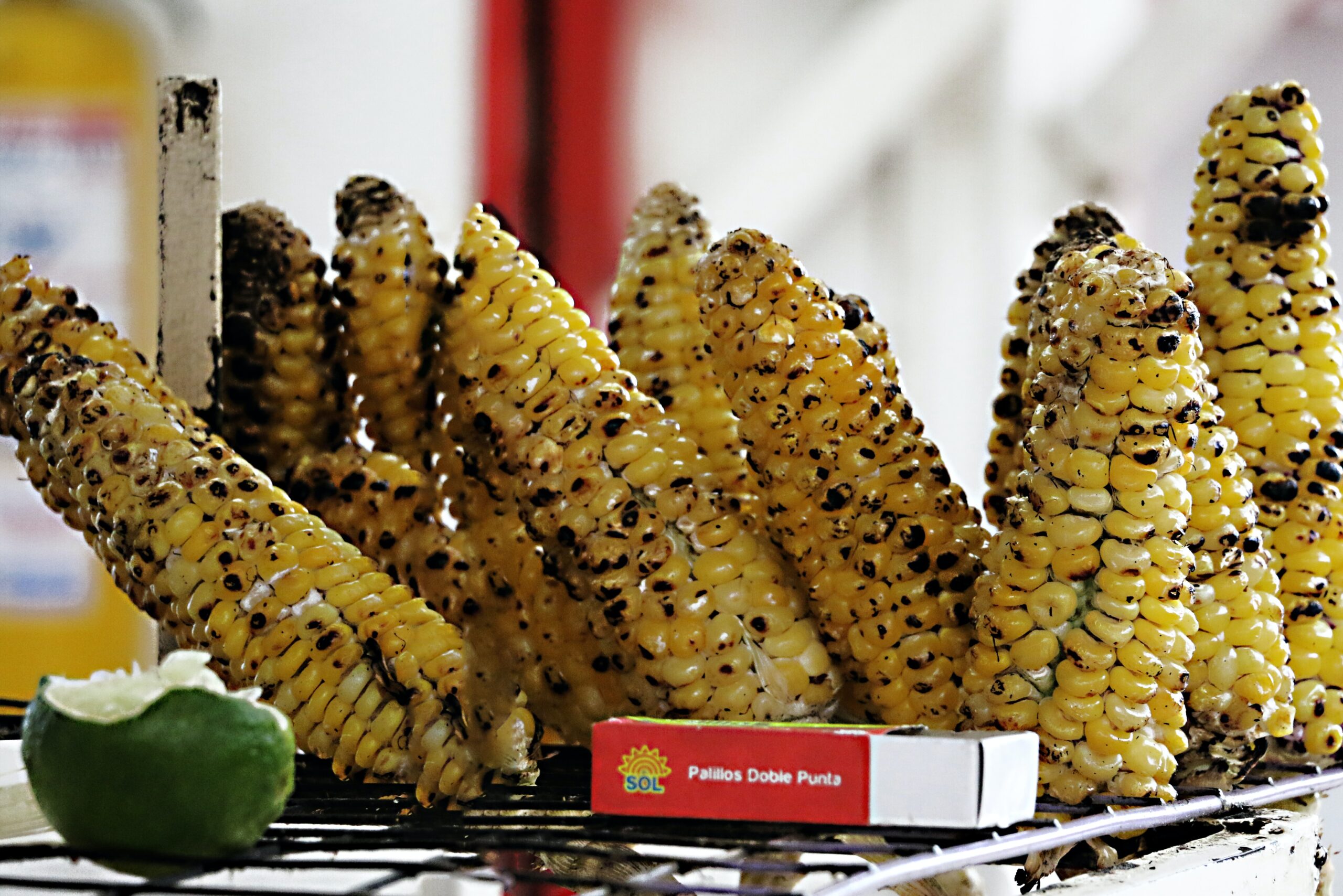 Esquites are a delicious corn snack that Mexicans eat as a treat.

Esquites are boiled corn kernels, served in a glass with the broth, butter, cream, lemon and chili powder added.

The ubiquitous street food has a colorful history.

Legend has it that Tlazocihuapilli, a woman who ruled the Xochimilcas in Central Mexico, created esquites. Her legacy includes dishes such as atole (a corn drink) with honey and necuatolli, corn jelly. Tlazocihuapilli also bequeathed Mexicans the tradition of cooking in a corn husk, with which they created their tlapiques, meat or fish cooked in a tamale leaf.

Esquites are a hybrid creation, with pre-Hispanic ingredients — such as corn, epazote and pepper — and others brought to the Americas during the colonial period, including lemon, cheese, cream and mayonnaise.

More than three centuries after the Aztec empire fell, emperor Maximilian of Habsburg and his wife Carlota enjoyed the so-called Odalisque Teeth, the fancy name the aristocracy gave to boiled corn in the style of esquites.

“Everyone enjoys them, but few know the term esquite or ezquite comes from izquitl, a word in Nahuatl — the language of the Aztecs — meaning roasted corn,” said Horacio Barradas Meza, a sociologist from the Universidad Veracruzana in Mexico.

“Their recipe varies according to the region, although in central Mexico, it is common to find corn kernels boiled in water with salt and epazote.” Some people boil the kernels with chicken feet, too.

In Hidalgo, a state in central Mexico, cooks fry the kernels in butter or vegetable oil, adding garlic, onion, minced serrano pepper or chile de árbol, epazote leaves, and a pinch of salt.

In both cases, diners enjoy their warmed esquites in a glass with a spoon.

“People can find them in public squares, markets or even on tricycles that sell them on neighborhood streets,” said the sociologist. “Esquites accompany us in almost every celebration.”

People in Puebla and other states from Central-Eastern Mexico call them chileatoles. In the North and Northeast, their name is trolelote, chascas in Aguascalientes, corn kernel in glass in Monterrey, and vasolote in Michoacán.

“People season their esquites to their taste: some use mayonnaise, others cream or both,” said Horacio Barradas. “What esquites will never lack is chili powder. There are two types: a spicy one and a mild one. Chili powder is what makes esquites iconic.”