The new species of bug poses a threat to the magnificent artwork in the Altamira caves. 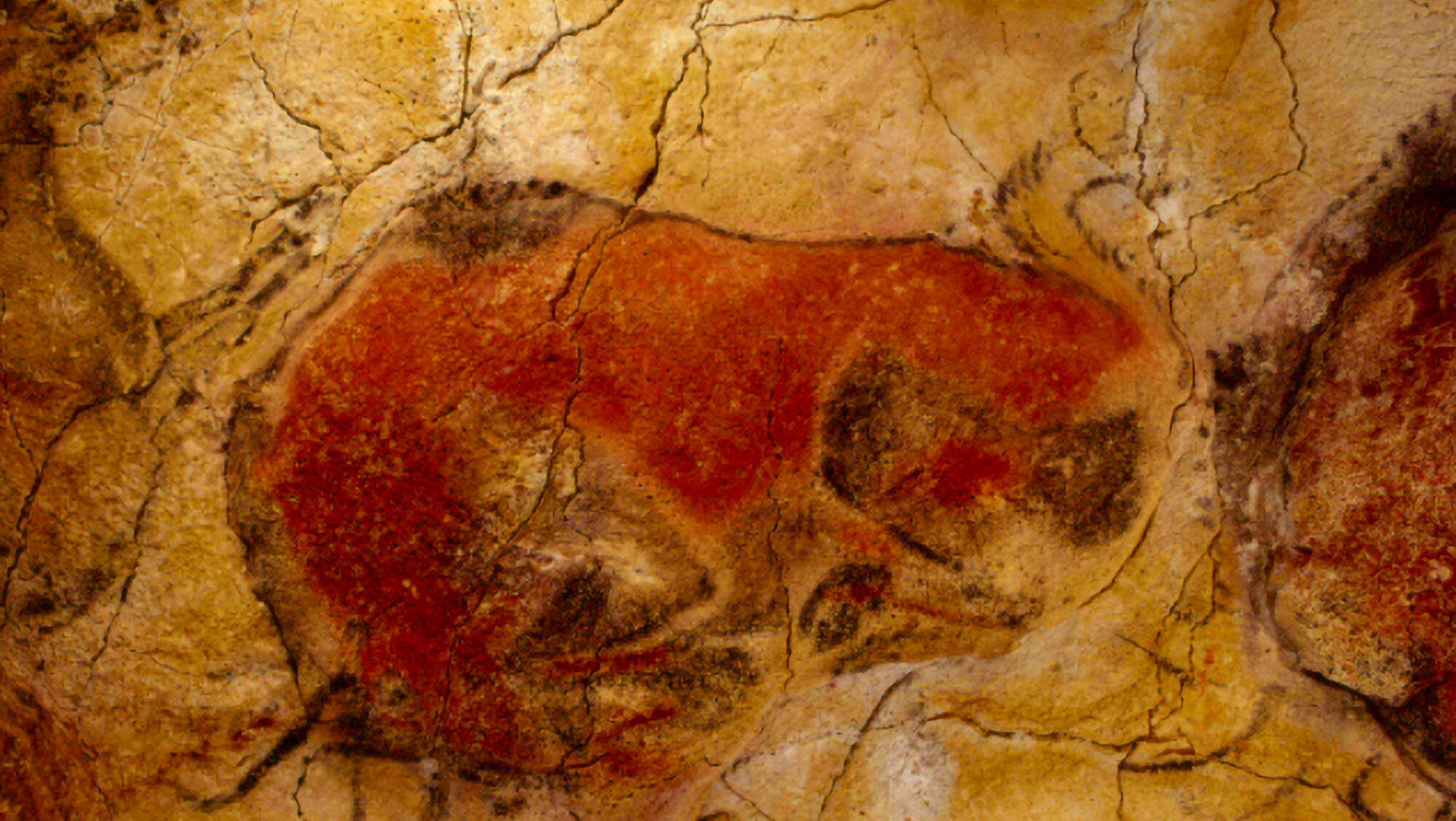 A Bison in the cave of Altamira in Spain. (Pedro Saura-Museo Altamira/Real Press)

A new species of a six-pawed mutant bug is damaging the prehistoric cave paintings at the Altamira Caves, a UNESCO World Heritage Site, in the northern Spanish region of Cantabria.

The discovery of the new species was published in the magazine ZooKeys after a study was conducted by researchers of Spain’s Navarra University — Enrique Baquero and Rafael Jordana — along with biologists Lucia Labrada and Carlos Gonzalez Luque, earlier this month.

“The species was first found in 2000 but has been identified as a new species now,” Baquero said. “It is totally different from other species in other caves of the world.”

The caves, declared a protected site by the United Nations Educational, Scientific and Cultural Organization in 1985, are adorned with some of the rarest paintings and engravings intricately carved out on the walls and ceilings.

However, scientists believe the new species — named Pseudosinella Altamirensis as it was found in the Altamira caves — of the mutant bug is damaging the magnificent artwork of the past.

“The Collembola are fungivores (eat mushrooms). In a cave where there are valuable paintings which can have fungal spores, they can deteriorate,” said Baquero.

The collembola is a group of insect-like (six-legged) hexapod arthropods, who have a specialized body for jumping.

According to the study, Altamira is a sensitive cave due to high microbial diversity making it prone to such infestation.

According to a press statement from the University of Navarra published on Dec 9, 2020, researchers suspect the bug could be spreading microorganisms that have either become stuck to their bodies or are being transmitted via fecal matter in the Altamira caves.

The researcher is calling for further investigation to determine how much of a threat this new species possesses.

“We have recommended that the Altamira Museum investigates if the species is exchanging bacteria with the colonies living in the roofs, walls and ground,” said Lucia Labrada, another researcher who participated in the project. “We need to find if they are contributing to the spread and diversification of the bacteria communities in the cave, especially those linked with the deterioration.”

This Collembola is very small, measuring only one or two millimeters, and it eats fungus.

“They could have lived there for thousands of years,” said Baquero.

He added that its ancestors might have gone into the cave through cracks in the walls many years ago and mutated, “evolving into a new species”.

“They could have already been present when the cave was painted or even before that. To have evolved into a different species, we estimate it would have taken thousands of years”.

Baquero said it was impossible to know how many of the insects are currently living in the cave. However, he said there are similar insects living outside the cave, but they are of a different color due to the light, which gives them a different pigmentation.

“In the new species, the number of eyes has been reduced. They only have five eyes compared to the eight present in the ones outside the cave,” he added.

The preservation of the caves is underway to tackle the challenge of the mutant bug.

“Our preservation plan involves following all the risks linked with environmental and microbiological matters, and studying spiders and other insects living in the cave,” said Pilar Fatas, director of the Altamira Museum. “So, those species, even if they have been recently discovered, have already been taken into account.”

Fatas said there was no cause for additional alarm about the preservation of the cave and that the experts were working hard to keep it safe.

The Altamira caves have some of the most important prehistoric paintings in the world. It was discovered in 1868 by Modesto Cubillas, a Spanish local, and later studied by Spanish jurist and archaeologist Marcelino Sanz de Sautuola. The paintings belong to the Magdalenian and Solutrean era (Upper Palaeolithic and Mesolithic; from 17,000 to 20,000 years ago).

There are certain rules for visiting the caves. Only five people can visit the caves per week with a set route during the allotted time. The tour takes place every Friday. People aged 16 or above, who are visiting the Altamira museum between 09:30 and 10:30 a.m. that day, can take part in the process of picking the five visitors.